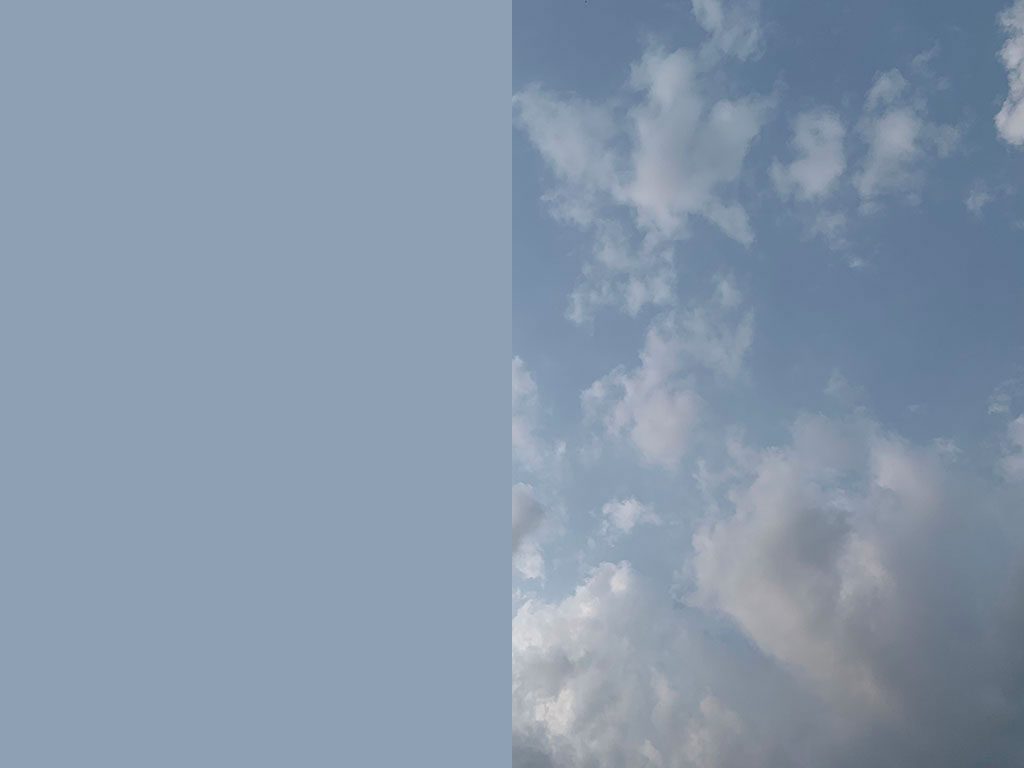 I’ll be 100% honest: when I started this project, I didn’t think I’d actually finish it. But it’s true what they say. Making it as easy as possible for yourself is the key to making it work. All I have to do is step out of the car and snap a photo. The rest comes later. (Sometimes much later.) The finish line is in sight! And it’s going to be strange not to take my daily photo of the sky.

There’s another reason I didn’t think I’d complete the project. The last time I attempted this I stopped close to the end. I was finishing up the job that took it’s toll on me emotionally and mentally and I just… couldn’t. Just like life was painful at that time, the project became painful, and just the thought of it brought back all of those memories.

Luckily, this project has been a lot of fun! As a recap: I was inspired by an exhibit at the Museum of Modern Art that had a few pieces from On Kawara’s “Today” series. Instead of painting and choosing a color each day, I decided to do it all digitally. I take a photo of the sky and pull a color from that. If you’d like a more detailed background, check out my post filled with April’s skies. The funny thing is, doing it this way was supposed to prevent me from filling up a piece of paper with my go-to blues and greens… and yet the subject I chose was the sky, so there are still a lot of blues. But I live in Minnesota, so there are a lot of whites and greys mixed in. ☁️☁️☁️

If you’ve read any of my travel posts, it’s no surprise that I’ve always had a fascination with the sky. My phone’s camera roll was filled with sky photos long before I started the #100DayProject. But it’s cool to see how much more aware I am of it. I see how it changes throughout the day. So often I’ll take a photo in the morning and by afternoon I see a completely different sky. Even today: it was cloudy and raining in the morning (but I forgot to snap a photo!), and by afternoon it was light blue streaked with white and a tinge of pink. Now it’s a beautiful blue filled with lots of whispy, white clouds.

I’m a little (okay, a lot) late in presenting May’s skies, so without further ado, here they are.

ARE YOU DOING THE #100DAYPROJECT? I’D LOVE TO HEAR ABOUT YOURS!