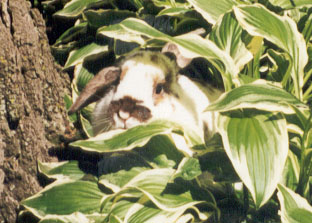 Back in September I followed a prompt to write a letter to 16-year-old me. My mom loved it and wondered what it would be like if I wrote other posts like it. I think she had other types of posts in mind when she said that, but when I wrote that letter I thought it was a rather anticlimactic year to write about. Sixteen was just an ordinary year, but there are other years that I think back on and would probably be more interesting to write about. I hope you will all join me in reflecting on our younger selves and talking to them during November’s theme week!

[I’m a little older than 12 in this photo, but it’s the closest to 12 that I have easily accessible in an okay quality and digital file because… I’m old. :)]

Can I give you a big hug? I feel like you need a big hug. You’ve needed one ever since you were 9 and your world changed. If you take one thing away from this letter, let it be this: you will get through this and you’ll be happier sooner than you expect. I know that you think you won’t be happy until you’re 18 and you can leave Minnesota far behind you. That feels like a long way off, but I promise you won’t have to wait that long.

So, if you’re going to stick with me long enough to read more of this, here’s what else I’d like to say.

2 // That girl that you want to be friends with? You know, the one who seems so cool and popular and maybe, just maybe, life would be better if you sat with the “popular” kids? You don’t want to be friends with her. I mean, I’m sure she’s nice, but you get over wanting to be part of the popular crowd. Maybe not completely and you’ll have moments growing up when you want to fit in with them (it’s not that you don’t–you get along with them, you’re just not their BFFs and that’s okay). But overall, you’ll soon enjoy exploring your own interests and doing your own thing. Also, you’ll have the coolest group of friends at your side–the group of friends that’s forming right now. In fact, this is the year you’ll meet the friend that you’re still besties with now, years later. And I mean years! (You just went out for lunch with her this weekend… sushi… I know, you eat sushi now. Weird!) That new girl that K brings to lunch? That’s her!

All this is to say that I know it hurts now that you’re not accepted into the group that you’d like to be accepted into, you’re gonna be fine with it. Seriously. Just hang in there!

3 // Have fun with Mr. G as your science teacher! He’s going to be a standout teacher in your mind years later. Also, when you have to dissect a frog in class your lab partner won’t be helpful. Don’t even try to convince him that he should lend a hand, because you’ll waste a lot of class time. The TA will help, though. And by help I mean he’ll dissect it for you, since you really won’t want to. Just ask him from the start. Also, you love Mr. G (obviously) and you’ll love your teacher’s next year as well. School will start to be fun!

That’s all. Just hang in there, Crystal. This year sucks. Well, the past few years have sucked, but you will get through it.

Give Caramel a hug and kiss for me. Straighten his years and watch them flop in different directions again. Enjoy that sweet, little bunny.

Lots of love from your older self!

What would you say to your 12-year-old self? Leave a comment and I’ll share your thoughts along with a link back to your blog or other social media at the end of the week!