Note – The book title links are affiliate links, which means if you make a purchase after clicking on one of these links I will make a small percentage off of your purchase at no extra cost to you. Thank you for supporting Dreams, etc.!

It’s done! The ABC Reads Challenge has finished. If I had a bucket list, this would have been on it, so I guess I can check this off of my non-existent bucket list! This was a fun challenge and a pretty easy one to complete. I’d say the hardest letters to check off the list were “Q,” “X,” and “Z.” Also, I deliberated on “J” quite a bit, before realizing I had actually read a book that started with that letter.

This challenge was hosted by my friend Mia, and while I didn’t officially participate in the challenge and join the linkups, it was fun to do this challenge while a friend was and to see what she was reading. (I was really hoping she’d get to “X” earlier in the year so that I could steal her pick! 😂) 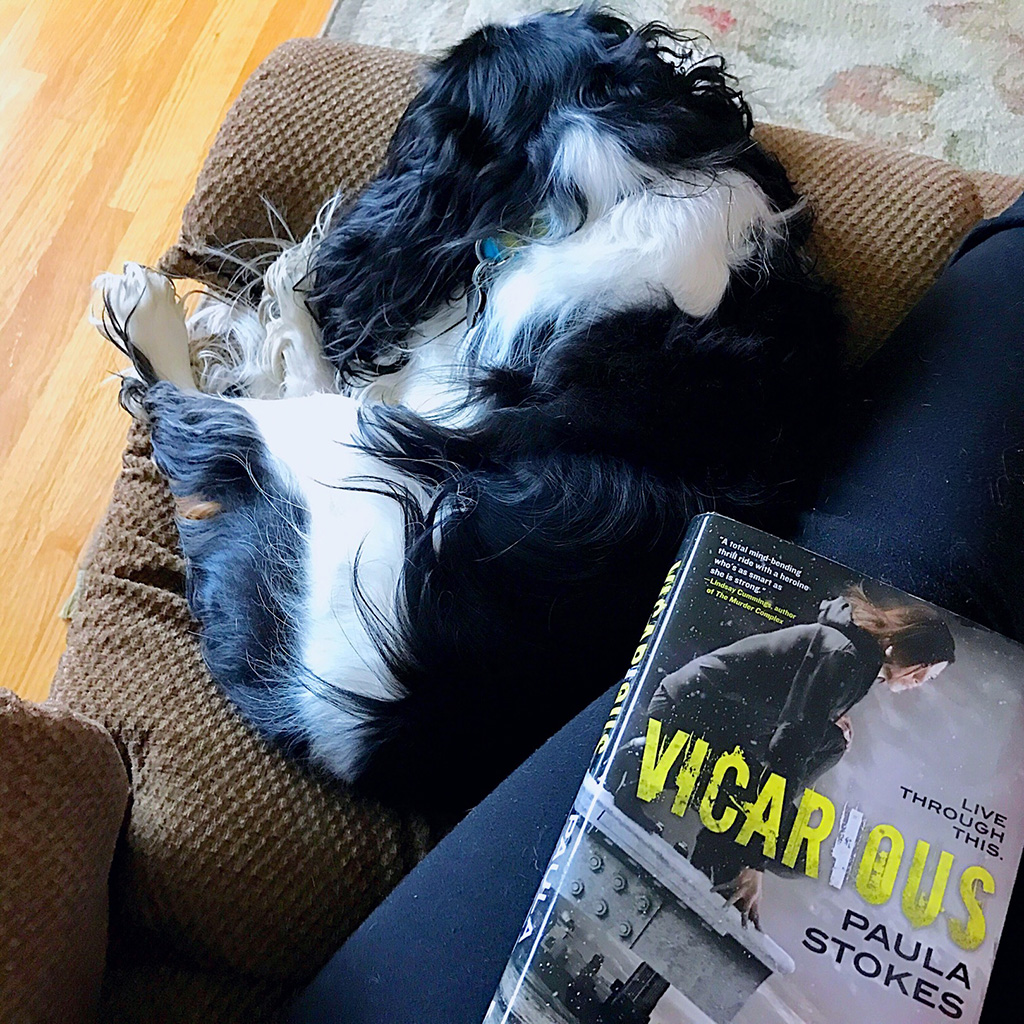 Winter and her sister Rose were rescued from the man who trafficked them by Rose’s ex-boyfriend, Gideon. Now, they work for Gideon’s company and perform stunts, recording what they see and feel so that others can have the same experiences vicariously through their recordings. When Rose’s sister goes missing and is believed to be murdered, Winter doesn’t goes through her sister’s old recordings and starts to investigate what happened to her sister.

That is a terrible recap, so you might want to read the official synopsis. I absolutely loved this book! I was intrigued by Gideon’s business and the idea of being able to watch these experiences and actually feel like you were there, but I also felt like there was a really dark side to the recordings–in particular what was being recorded. It provided a nice tension for the book. In the midst of the action there were some beautiful, quiet scenes that I really appreciated and enjoyed. And this book ended in a way that sets up the second (and I believe final book) in such a great way that I anticipate the second being even better. I’m excited to see where the story goes!

XVI takes place in a world where at the age of sixteen, girls get a tattoo on their wrist reading: XVI. They’re sixteen and legal. Some girls look forward to turning sixteen but others, like Nina, do not.

This is another terrible synopsis, so again I’d say go look at the official synopsis. I… didn’t like this book. I usually don’t like to review books if I have trouble finding good parts in a book, but since I read this for a reading challenge I guess I have to move forward with the review.

This novel made me uncomfortable. Granted, a novel with this premise should be uncomfortable to read. A world in which a sixteen-year-old girl is branded with a sign to let the world know it’s legal to have sex with her should be uncomfortable to read, because this raises all sorts of issues, which do appear in the book. However I had expectations that the book would make me uncomfortable in a way that felt like this was an important book to read and it should be read. It didn’t. I also felt like the world building left a lot to be desired. I didn’t like how the reader was brought into the world. Not only that, but it felt forced. There were names for EVERYTHING and some of the names were questionable, like trans/trannies for a car. 😳 I basically did a double-take every time they mentioned them.

There are more eloquent reviews on Goodreads, so maybe go check those out if you’re interested in reading more.

Read this book if:
>> You’re doing the ABC Reads Challenge and don’t want to read X by Sue Grafton, since that seems like the obvious choice.
>> You just want to see what all the fuss is about for yourself. 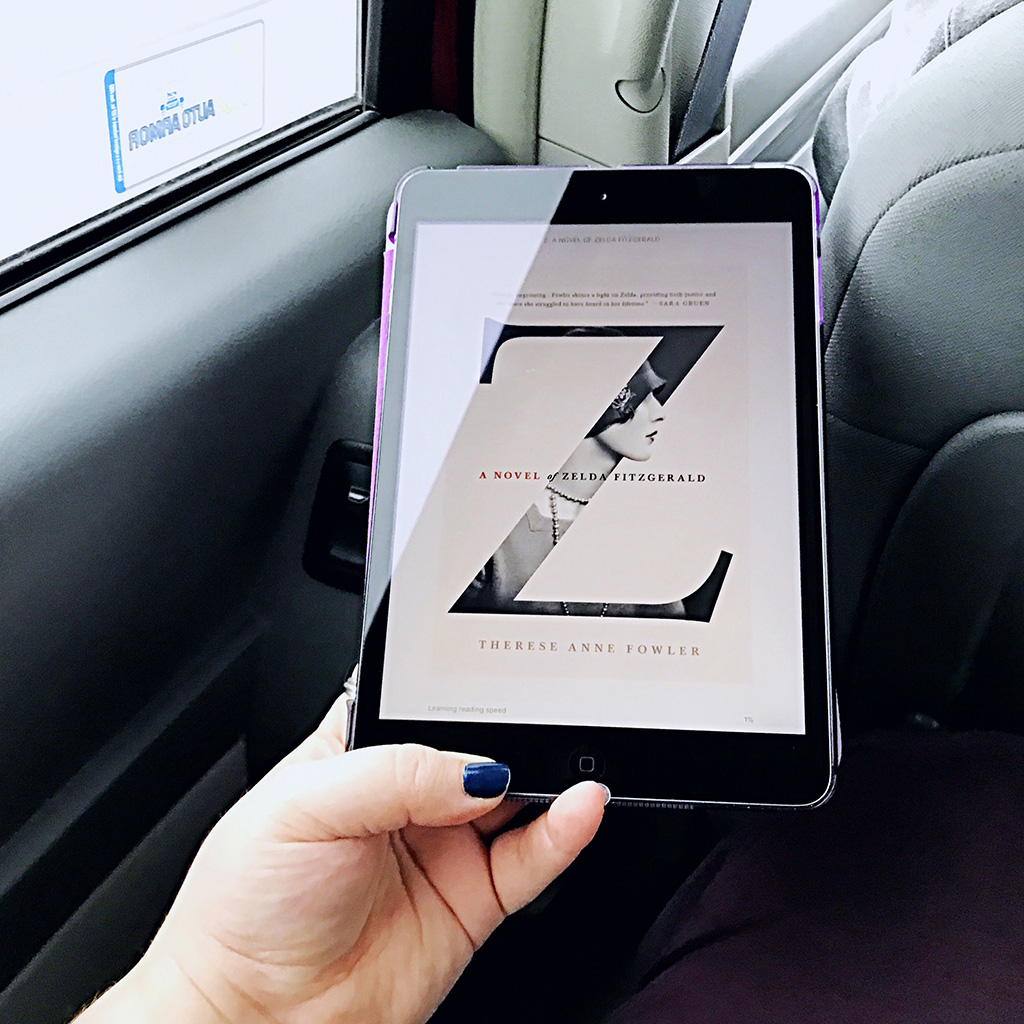 I enjoyed this book much more than I expected to. Don’t get me wrong, as soon as I heard the book was released (years ago, there are just so many books that I want to read) and I grabbed a copy the first time I saw it on sale for Kindle. But as excited as I usually get for biographical fiction it usually feels like a little bit of a chore to get through. (Again, for me, I know it isn’t this way for everyone.) What I loved about Z was that I felt like the narrative had a lot of energy and character. It wasn’t slow reading for me and I actually breezed through it at a decent pace. I’ve seen some reviews that the Zelda represented in this book isn’t the Zelda that readers know and love, but I always assume that a storyteller will always bring their own spin to a character and I think that’s what Fowler did. I actually don’t know a lot about Zelda, other than some of the basic information, but I’d definitely like to learn more!

M // Memories of My Melancholy Whores, by Gabriel Garcia Marquez [Completed May 2016]

Book Tour // The Rivals of Versailles by Sally Christie