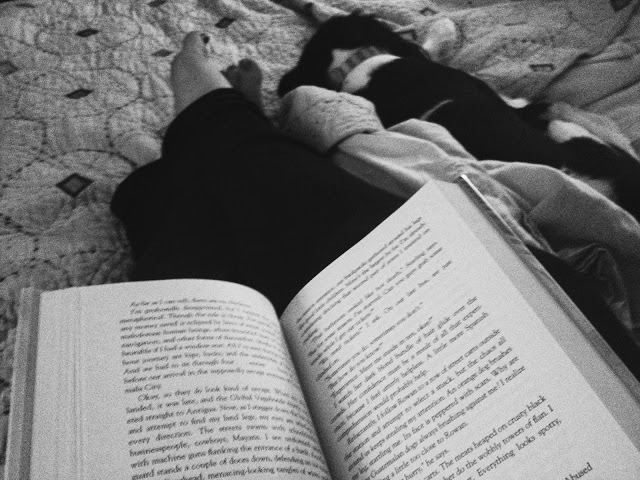 A week ago I read What My Girlfriend Doesn’t Know, by Sonya Sones, the sequel to What My Mother Doesn’t Know. The sequel starts where the first novel leaves off and follows Sophie’s boyfriend Robin as he sees what his girlfriend goes through because she’s dating him.

It’s Robin and Sophie against the rest of their school when the pair let their classmates know they’re dating. Robin has always been teased by his classmates and now that Sophie is his girlfriend, their classmates have turned on her as well. Robin can see how hard it is for Sophie to lose the people she once considered friends, but they’re happy with each other. When their art teacher shows some of Robin’s drawings to a friend who is an art professor, the professor invites Robin to audit one of his classes he discovers what life is like out of high school.

Like the first novel, the sequel is told in verse, which was an effective format for the novel. I love the way a verse novel really allows the reader to get into the head of the character, especially a younger character like Robin and Sophie.

I thought that the way their classmates teased them was very realistic. My heart went out to both of the characters, but I also never felt like it was hopeless. I loved that Robin’s talent was noticed and that he was invited to attend a college class. Robin was able to get a glimpse of what life is like at college and I thought that comparison to high school was an important part of this novel.

I absolutely loved the ending of this novel and it became my favorite of the two.

Have you read any good books lately?