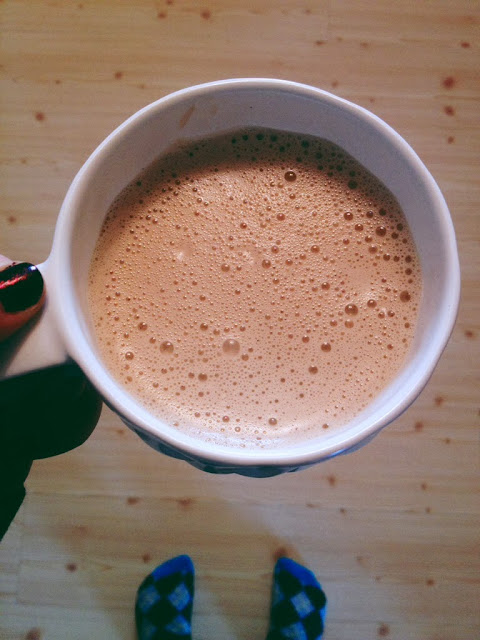 It’s Christmas Eve, everyone! How are all of your Christmas preparations going? I tagged along with  my dad for a grocery store run this morning. I was looking at the ice cream while I was there (we’re celebrating a family birthday tomorrow, too) and saw a brand of ice cream from Wisconsin that had a lot of fun flavors. As I was looking to see which flavors are available to pick up in the future for my niece and nephew I spotted blue moon. Have you had blue moon ice cream? To be honest, I don’t think I’ve had a bite of it since I lived in Wisconsin. There was an ice cream parlor in my hometown called Sweet Treats that my dad and I used to go to regularly. We’d get a couple scoops of ice cream and sit down to eat it there. My dad and I have always gone out for dad/daughter outings and that may have been the first place that we frequented. As we left the grocery store I told him that sometime soon I’ll be back to pick up the blue moon ice cream. (I have a teeny freezer so I didn’t know if it would fit if I bought it today.) It probably won’t be the same as the blue moon from Sweet Treats, but it’ll be fun to eat some anyway.

My family is getting started with preparations for this evening and tomorrow so I thought I’d take a moment to sit down with the paleo peppermint mocha that my sister made for me this morning and share a Christmas music playlist with you. If you’ve been reading my blog for awhile, you know that I love Christmas music. I start playing it as soon as Thanksgiving is over and I continue to play it into January. If you’re still looking for Christmas music to play for your family gatherings, here are a few of my suggestions.

First, I should note that I decided to try and cut out as much as of the Harry Connick Jr. songs as possible from this list, mostly because I could totally overwhelm my Christmas music suggestions with his songs. I think it goes without saying that my first recommendation would be to just put all of his Christmas music on repeat and let that take your family through the holidays. His music is really all that you need!

Here are the previous Christmas playlists that I have put up: 2012 2011

Here is the 2013 playlist (in no particular order, I just wrote it down directly from the notes I’ve been making as I listen to Christmas music):

I hope you enjoy a few of these songs. I’m off to fill up my iPod with music for my family dinner tomorrow.

What are some of your favorite songs?