Book Club Discussion // To All the Boys I’ve Loved Before, by Jenny Han

Hello, everyone! Happy May! I hope you all have a wonderful start to the new month!

I am so ready to put the last month behind me. It was stressful and a little tiring and it ended with a heart-to-heart with my mom and lots of puppy cuddles. But May is starting off with an exciting weekend and I’m excited for the month.

Since today is the first it’s time to discuss the book that we read in April! But first, let’s talk about the book we’ll be reading in May.  It is…

THE BURIED GIANT, BY KAZUO ISHIGURO

Side note: is anyone else a little stunned that in a month we will be halfway through 2015? That’s crazy! 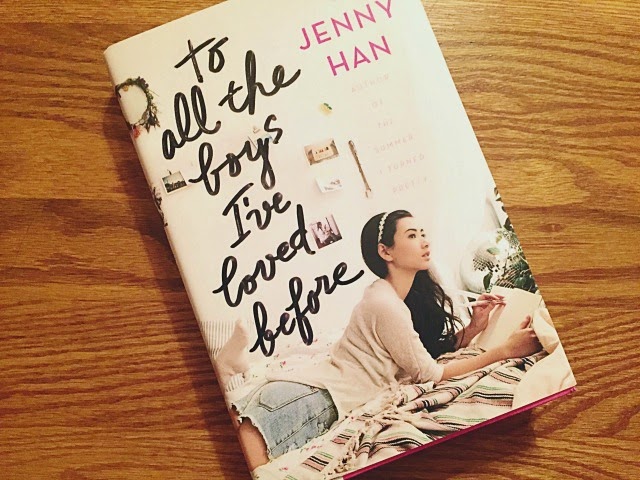 Back to the book discussion.

If you haven’t read the book yet, there will be spoilers in this post and the comments.

This book has been on my TBR for quite awhile, so I was excited to read it this month. Before I get into my thoughts on the book, I wanted to ask a few questions:

1. Did you have an idea of who sent the letters? Who did you think it was and why?

2. Why do you think Lara Jean addressed the envelopes? Why didn’t she just seal the envelopes and write the boys name on it?

3. What is it about Josh that draws the girls in Lara Jean’s family to him?

4. The sequel will be released later this month. Are you planning to read it?

It took me awhile to get into book. I thought it took awhile into the part of the plot that I was interested in. I also had a hard time connecting to the narration. It was a halting read for me for awhile, but about 100 pages in I finally realized that I was in the flow of the narration.

I also had a hard time connecting with a majority of the characters. I liked Lara Jean and her dad. But no one really jumped off the page for me like, “I LOVED that character.”

I loved the sense of family in this novel though. I loved that even though her mom had died, she was still talked about so much throughout the novel. I loved that her dad was so present and involved. He was a presence throughout the novel, which doesn’t always happen in YA. (I don’t have a huge issue with that, but sometimes I think it’s not realistic and I’ve never thought that the parents were too present in a book.) I also liked that not only was he there, but he was involved. When he heard about the rumors about Lara Jean and Peter, he talked to her about it.

I also loved how much he tried to keep their Korean heritage part of their life, even talking to his in laws to get recipes.

I loved how close the sisters were, but even with their closeness Lara Jean learned that as you grow older things change through what happened with Margot and Josh.

There was some predictability to the plot with the letters and the aftermath of them. But I’ve said before that predictability doesn’t always take away from the enjoyment of a novel and it didn’t with this one. I will definitely read the sequel.

I liked the book, but I agree with you that it took me a bit to get a
handle on the beginning and the narration. For parts of the story, I
also thought, “where is this going?!” but overall, I enjoyed it. I agree
with you that predictability doesn’t always take away from a book and
this was definitely the case! I didn’t know there was a sequel coming
out, I’ll definitely have to read it!