My parents and I took my niece and nephew to the cabin this weekend for a fun day away. Of course, we took Little One and Wolf with us, too. When Little One saw us packing everything up, she made sure that she wasn’t going to be left behind. As usual. 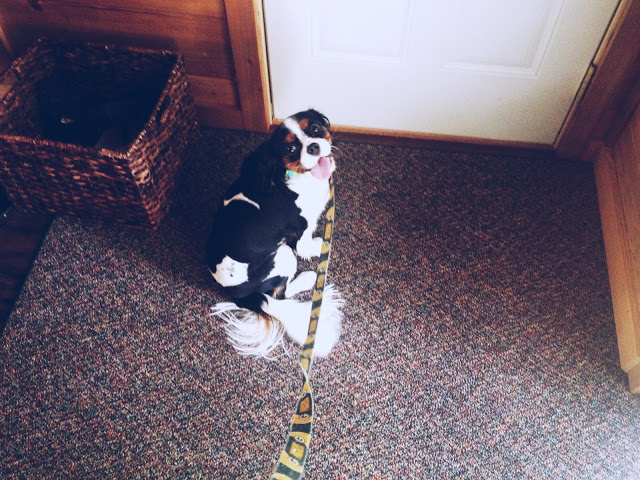 Wolf was close enough to the door that he could sneak out with us if needed but not so close that he appeared all that concerned. 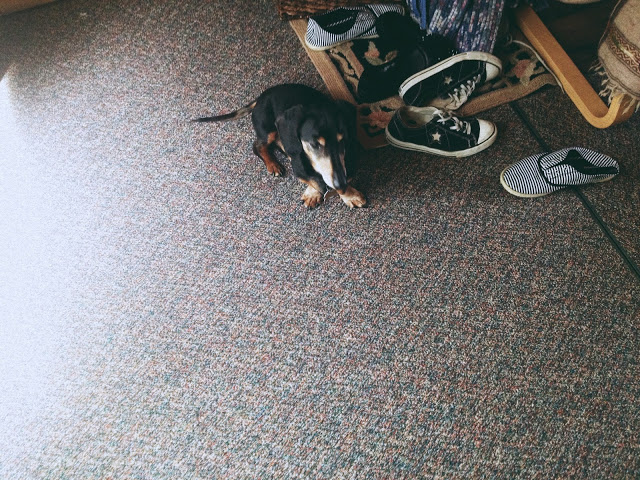 Throughout the weekend my niece made balloon animals. And a house of cards. She’s talented, that one. 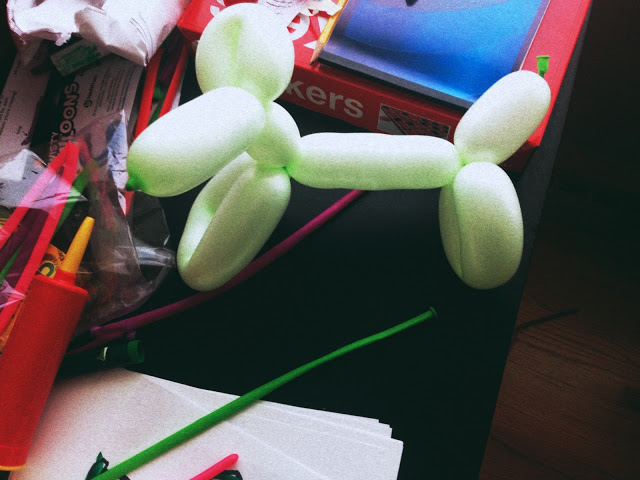 Little One kept trying to snag a spot at the table. 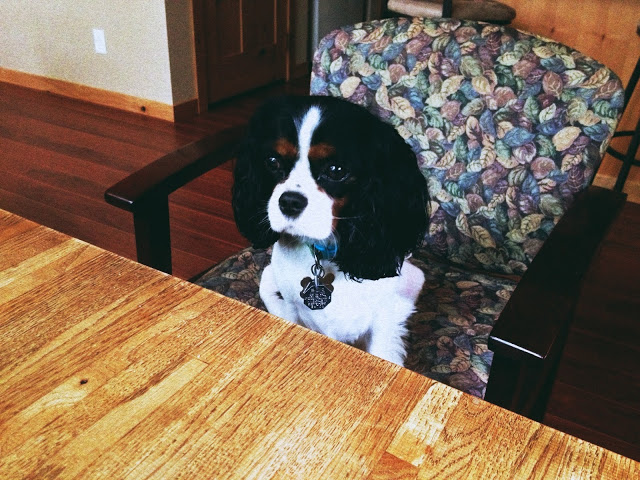 And the kids thought it was adorable so they gave Wolf a place too. 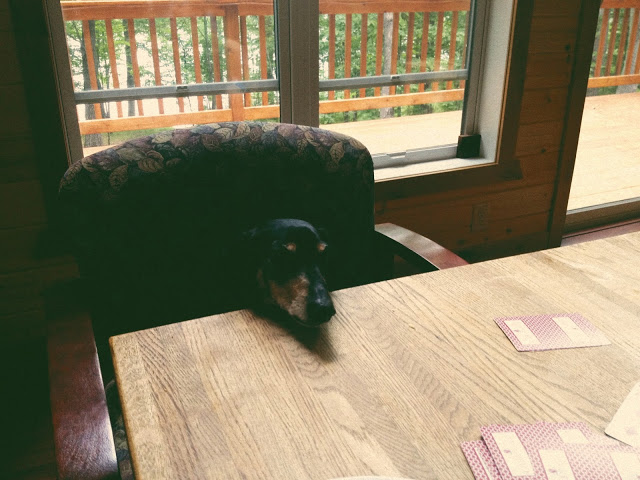 That night my dad did a devotion with us. I had the brilliant idea to put it on the ceiling instead of a wall so that we could recline while going through the devotion. It was filled with transparencies that I had to learn in confirmation and once we got going, I was able to remember them. We also went through the timeline cards that I had to learn for confirmation. I actually remembered those too, which I thought was pretty impressive. When I told everyone, my dad turned to my niece and said, “Just so you know, your aunt and her friend Erin used to cheat on their timeline cards.” That’s right, we did. We had to lay them out in order every week and we would pack them up in order so that we could get there early and lay the cards out in order. Unfortunately, my dad caught on and then walked into the confirmation room while we were putting our cards out, so we actually had to learn them. But I guess it paid off, because years later I still know them. Erin was impressed when I sent her a text about it! 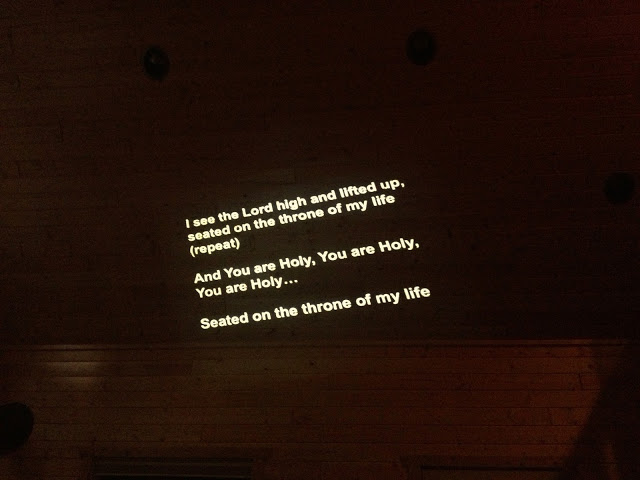 After that lovely day, I woke up the next morning with a sore throat, which quickly got worse and blew up into a bad cold. I’m writing to you know surrounded by kleenix, water and cough drops. How are all of you feeling?

Tell me about your weekend! 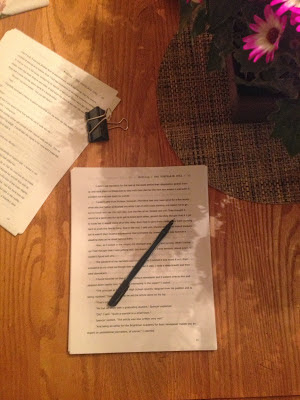 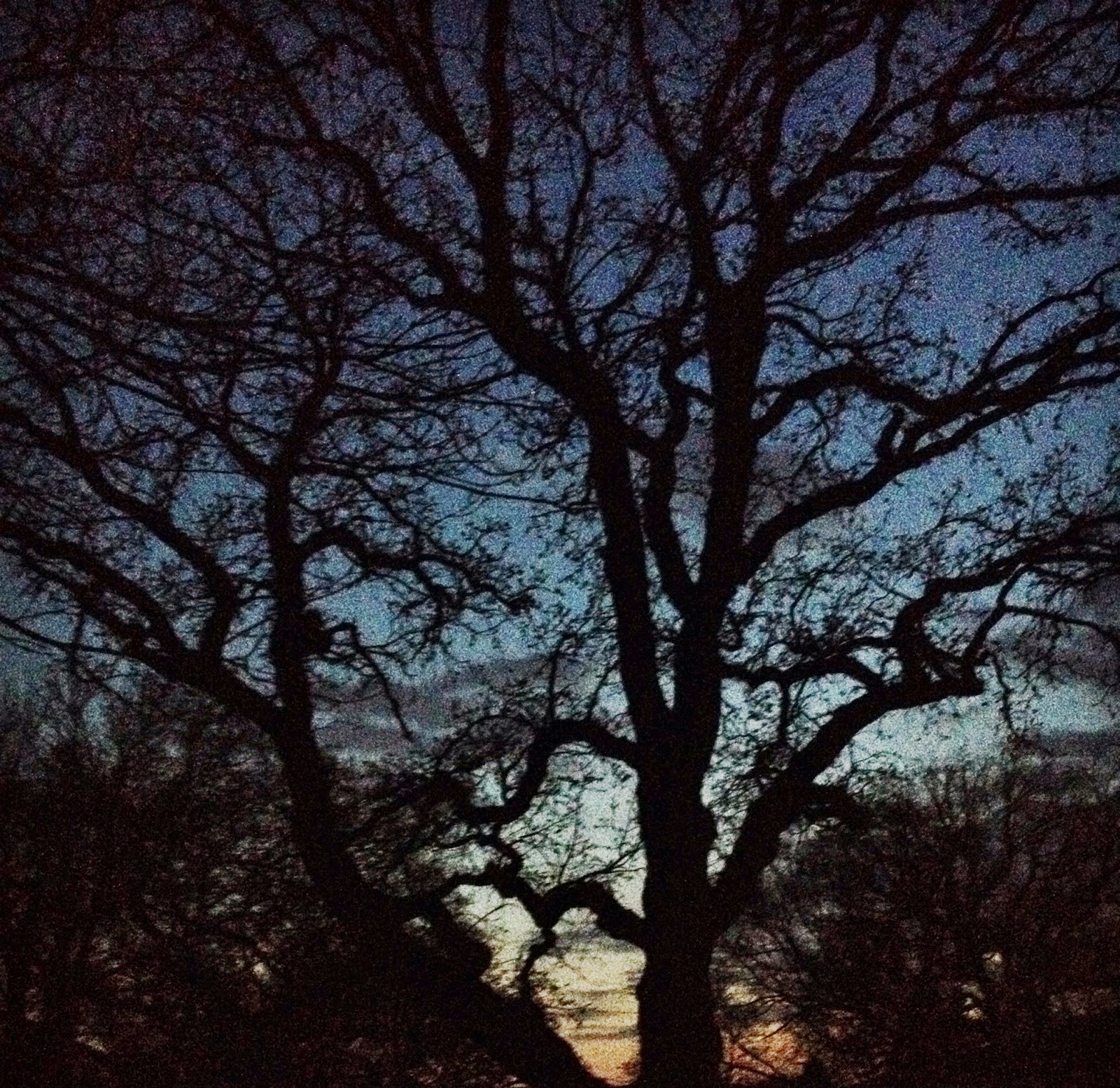 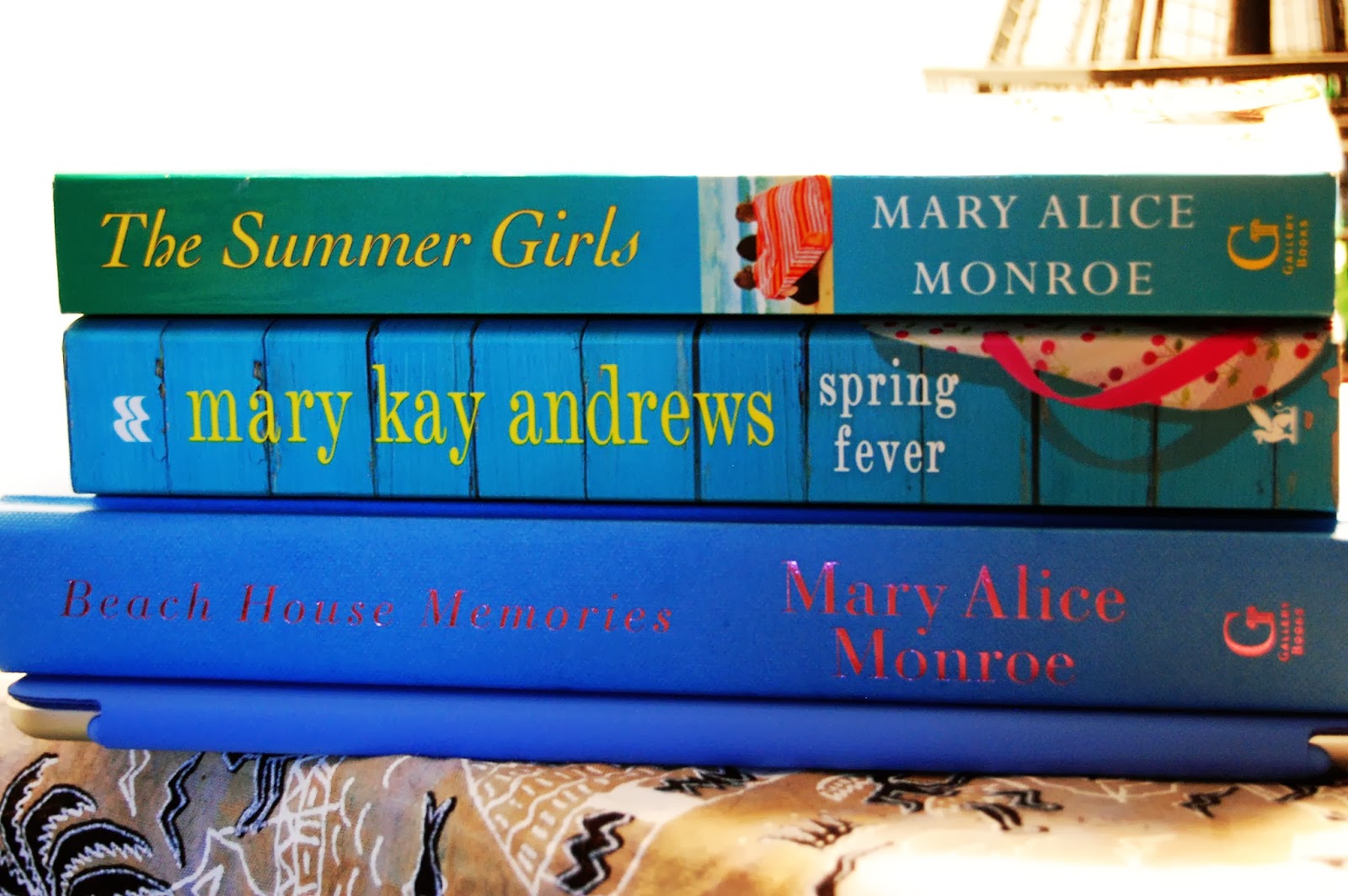