Note – Some of the links in this post are affiliate links, which means if you make a purchase using one I’ll make a small commission, at no extra cost to you.

If we were to have coffee, we would get to the coffee shop and I would check out the seasonal menu. I’m all about a seasonal coffee drink! Unless they had something really unique, I’d probably also choose my go-to Christmas coffee: an iced peppermint mocha. Yes, iced. Even though it’s winter. And I live in Minnesota. Where it’s cold. And we’ve already had some incredibly cold (and snowy!) days. When we had our drinks I would sit down and tell you…

>> That I know I don’t need to catch up after an absence on the blog, but all month I’ve felt like I need to. Until recently the only real post went up back in July. It’s a long time to be away so maybe it’s that I feel like I should have updates, but I don’t. It’s not like a lot happened while I was gone… work happened.

>> It started with a rebranding process in which I had a month to update everything for work, and at that same time I needed to transfer a client’s website from one platform to another. Once the rebranding process was finished I needed to rest, but I also needed to do some things for clients that I didn’t get done during the month of craziness.

>> I guess during this time I also had a lot of planning and internal processing to do, as well. I’ve spent a lot of time taking a look at my goals: for my fiction, my business, and Dreams, etc. I’ve done a looooot of thinking and planning and talking things through with people who I bounce ideas off of.

>> And speaking of things for Dreams, etc., one of the things I’ve been wanting to start is a newsletter, so that will definitely be coming your way in 2020. Keep an eye out for signups for the newsletter soon!

>> A new school year started a few months ago and my niece and nephew are being homeschooled again. And this year I’m one of my nephew’s teachers! It’s been to fun to see what comes more naturally to him and how to help him work through what doesn’t. So far we’ve read The Hobbit and now we’re reading Robinson Crusoe. I think we both enjoyed The Hobbit more.

>> And my niece and I had a routine of going on a field trip each week, although we fell out of it within the last month or so. (My nephew would totally be welcome to come with us, but most of the time when we have gone he’s had field trips with his co-op.) After our field trip, we go out for lunch. (We’ve kept that up!) It’s been nice to have that time together.

>> I fell in love with Five Crowns. The best game ever. My niece is disappointed that the person in the family who doesn’t play card games (moi – I hate them!) has 100% fallen in love with Five Crowns, but that’s what happened. (She also hoped her Grandma B would never discover the game, but I introduced her to it and now she loves it, too!) We also recently played Horrified, which is like a mix of Pandemic (except you actually have a chance at winning) and Zombified and we really enjoyed it. She was hoping it would replace by Five Crowns, but now we just get to play both!

>> I’ve gone on a few trips! The last post that went up before my little break (other than a book review post) went up while I was in New York. My uncle celebrated his 80th birthday so my mom and I went for the party. We spent a week there so we could do some sightseeing, as well. It was a memorable trip and we had a blast! More details on that (actually… lots of travel posts!) will be coming soon, if not during the remaining weeks of 2019, for sure in 2020. I’m so excited to get caught up and share some fun photos and places with you!

>> I also went to Seattle with some friends to celebrate my best friend’s upcoming wedding. I spent a little bit of time there by myself before and after they came so that I could fit in as much sightseeing as possible. My friends and I basically ate our way through Seattle (really good food, but so. much. food.) so I did my sightseeing on my own. While I was there I also found out that my friend Catalina recently moved to Seattle, so we met up for coffee right before I left for the airport. We met at a mermaid convention seven or eight years ago and have kept in touch so it was fun to see her again! (And if you DIDN’T raise your eyebrow at “mermaid convention” you’re probably the first person I ever said those words to who didn’t. I’ve been to two. The first was much better than the second. And a lasting friendship was built, so take that all those who act like it’s the weirdest thing I could have done. 😂🧜🏼‍♀️) It was such a great trip and so much fun to visit a city that has been on my to-travel list for such a long time.

>> And speaking of books (I think I mentioned book reviews 😂) I’ve been reading A LOT. In some ways, I feel like I should use that time more productively, but it’s also been such a long time since I’ve been able to sit down and just read. Reading relaxes me, it feeds me. It’s one of those self-care things that I need to do, but for a while now it’s been a struggle. By a while, I mean years. I stopped reading as much when I was in my last work position, which is the place that has had the most negative impact on me… ever. When I left I remember thinking I’d be able to just pick back up and start reading like I used to again… and I still couldn’t. I can’t even tell you how good it feels to be able to read again!

>> I recently took the Enneagram and I promise I won’t become one of those who talks about it incessantly, but just know there’s a reason people talk about it so much. I’m a 4w5 and I was literally in tears as I read about 4’s. (Ha! Imagine that… a 4 in tears.) To take a popular phrase: I felt seen. And I don’t think I’ve felt that seen… ever.

>> I’ve also started vlogging! Last week’s video will go up a little late because I’ve been having trouble with iMovie this week, so I’m using Adobe Premiere Pro. It’s been a while since I’ve been in that program so I need to figure it out again. 😂 So at this moment in our coffee date, I’d like to take a quick video of our hands and our half-empty coffee cups.

And now I think I should take a breath and stop talking so that I can hear what’s happening in your life. 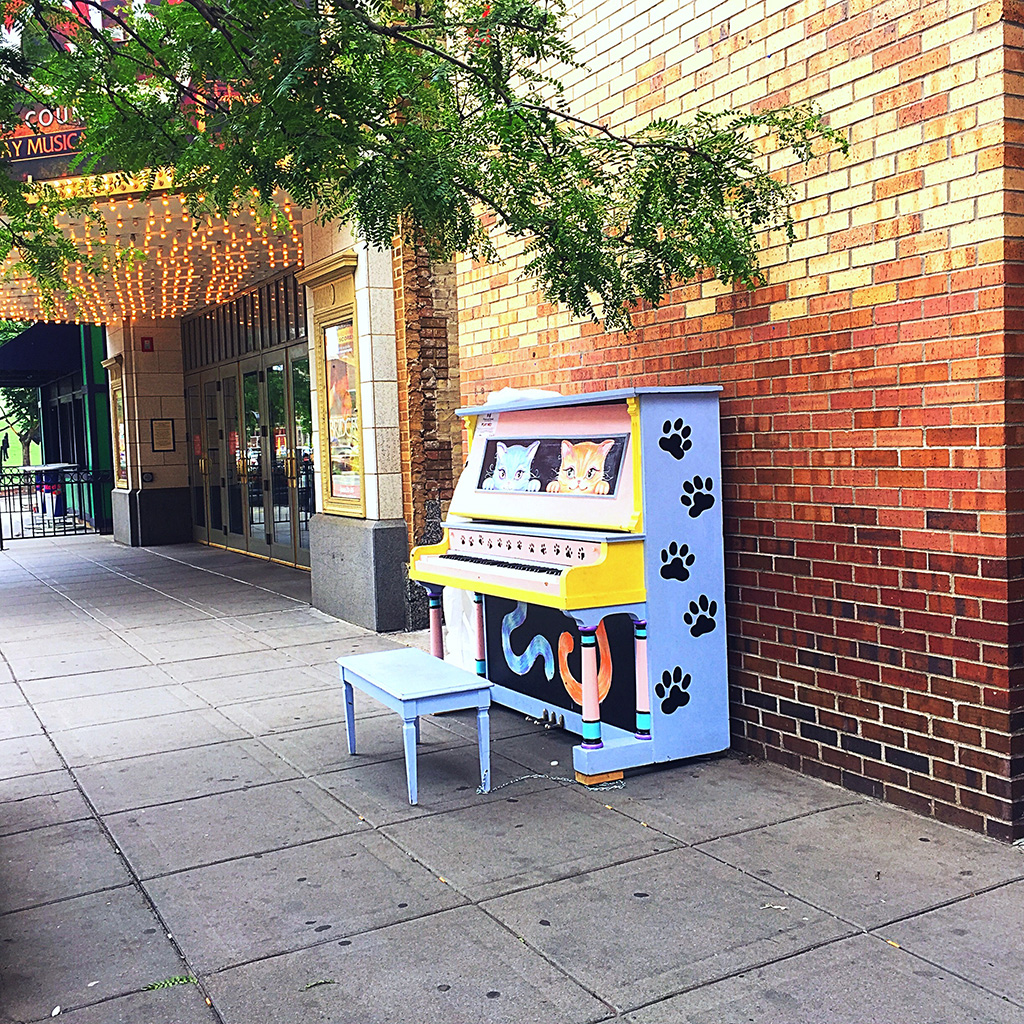 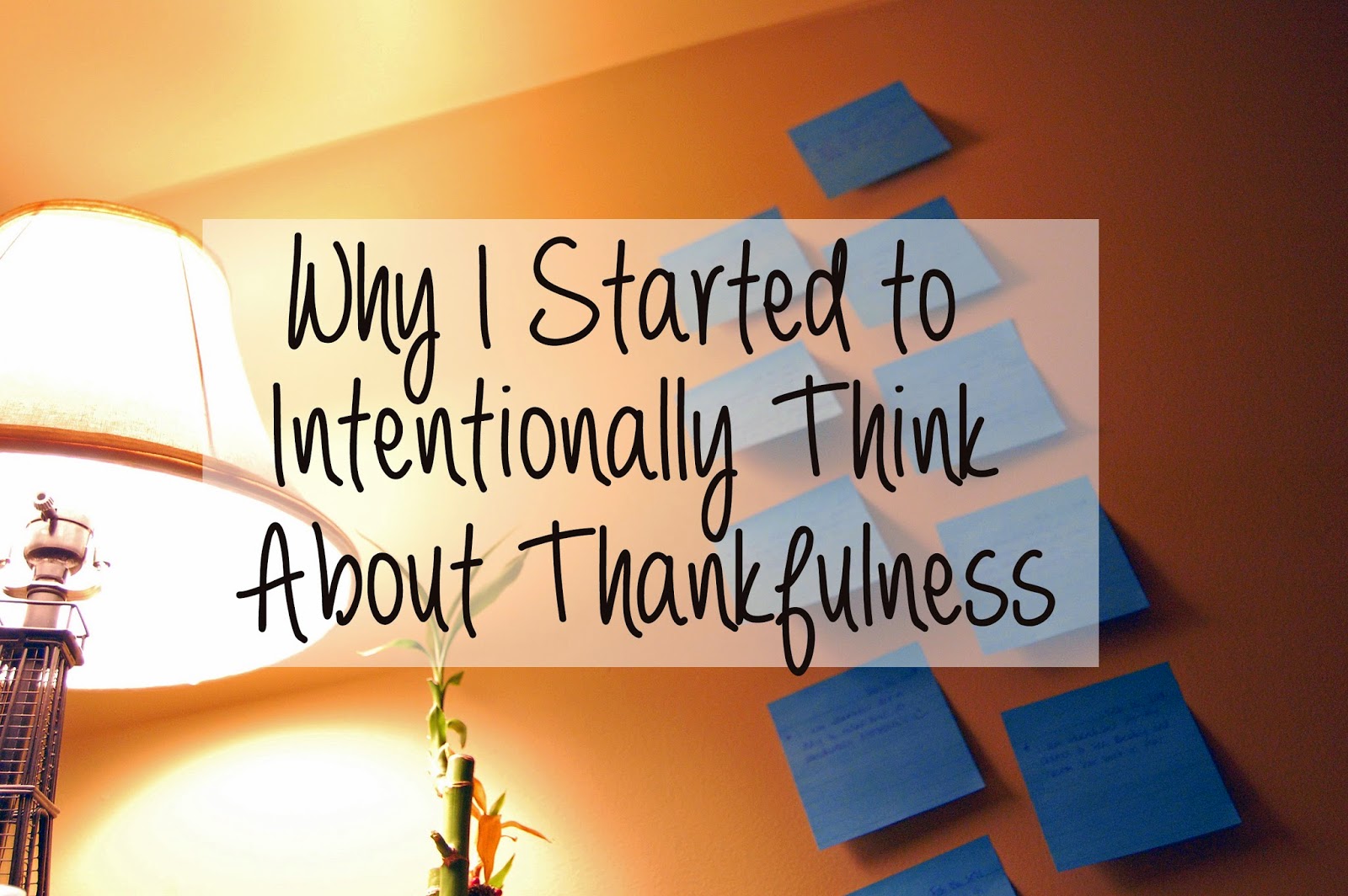 Why I Started to Intentionally Think About Thankfulness