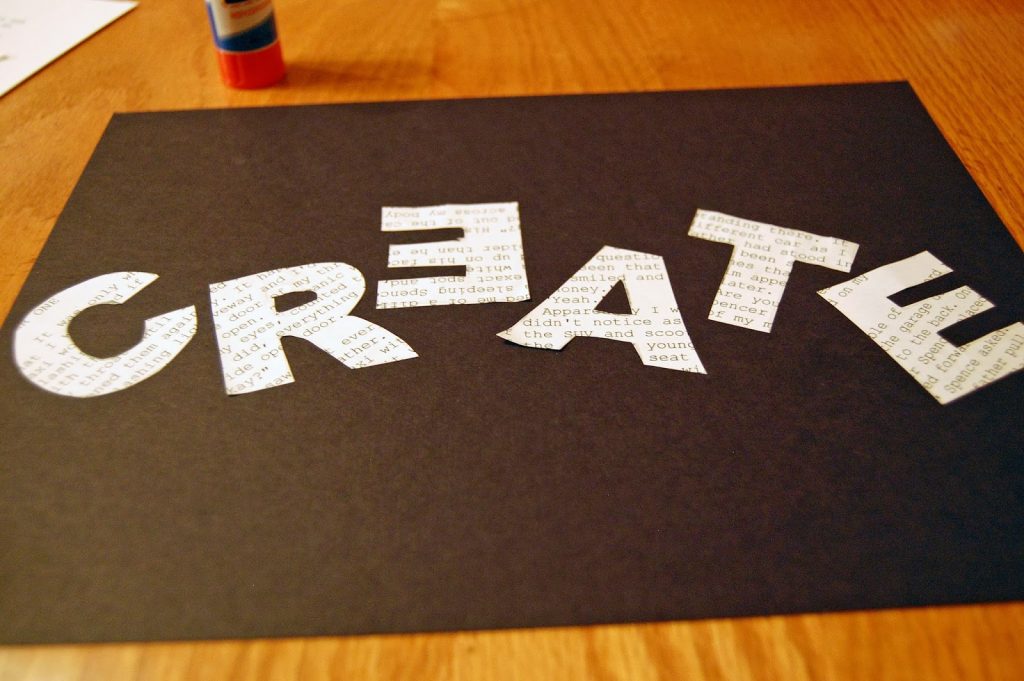 I’ve never been one to set a word for the year, but last year as I looked ahead to 2014 one word was in my head: create. That word stayed with me after the new year and I decided that this year I would have a word. So I put it on the back of my bedroom door because that’s where I like to put things that I want to be reminded of. I didn’t like how I displayed it, but wanted it up and decided that I’d redo it later.

The first project for The Creative Collective, hosted by Melyssa at The Nectar Collective gave me the perfect opportunity. 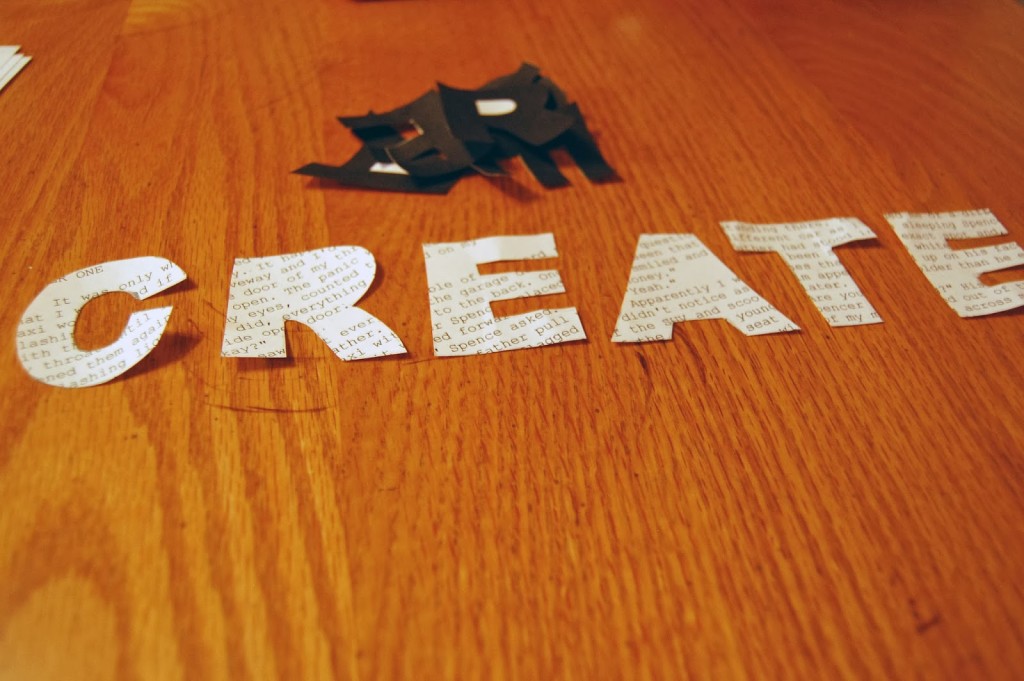 In some ways, it feels like a cop out to use the word create. Every year I want to create, but this year the word has been front and center in my mind. This year I have been more motivated than ever before to create stories and art. So I’m going with it. 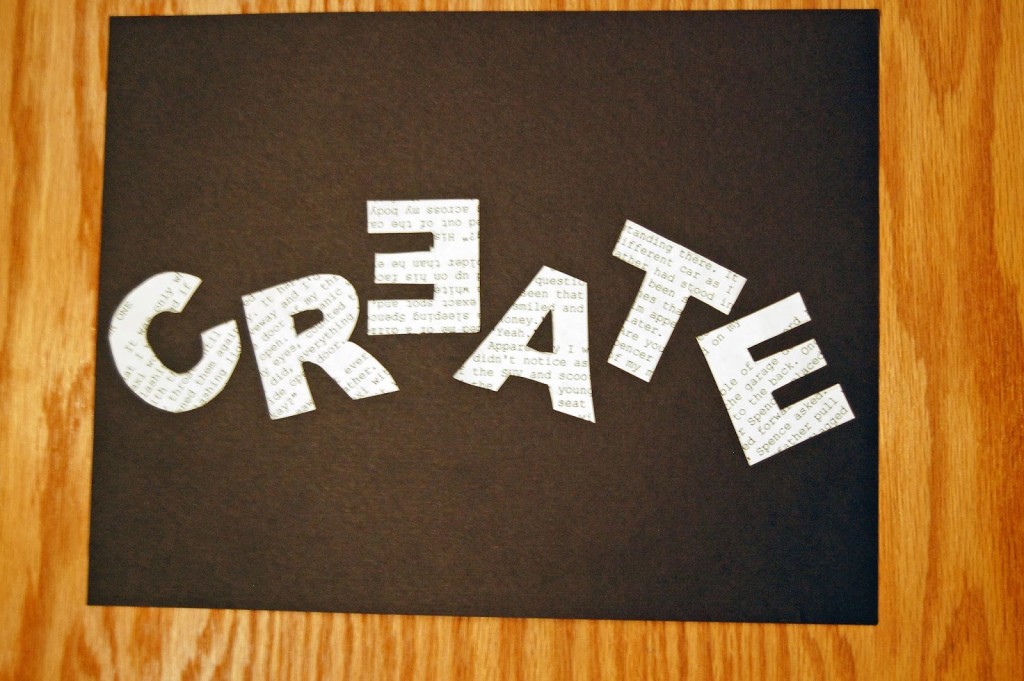 I wanted to keep this simple, so I just used letters on black paper. I printed out the first page of my book and used that to make the letters. { In case you were wondering, the “E” is supposed to be backward. 🙂 } 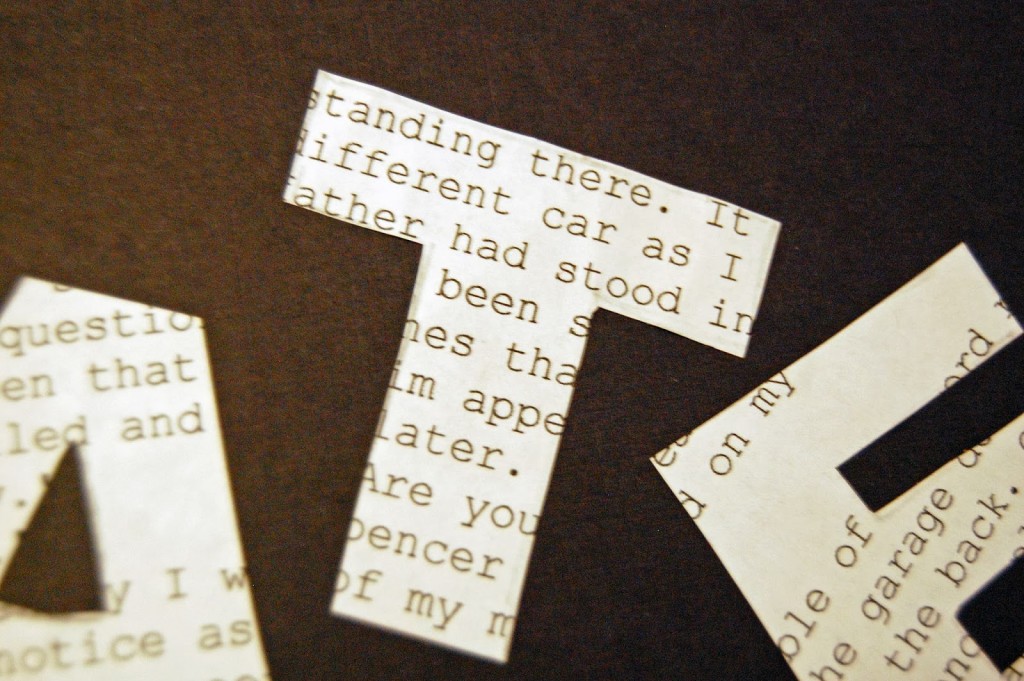 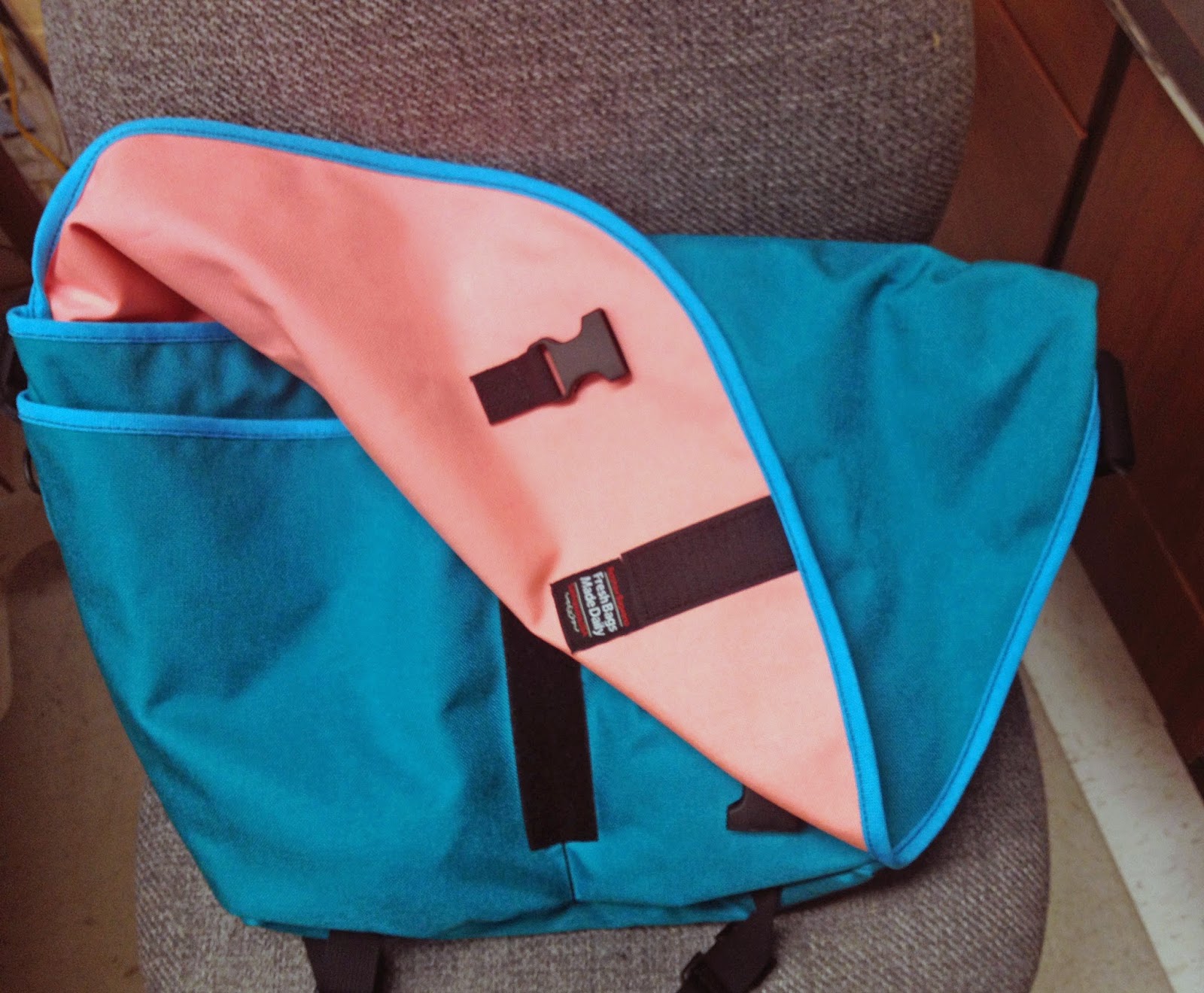 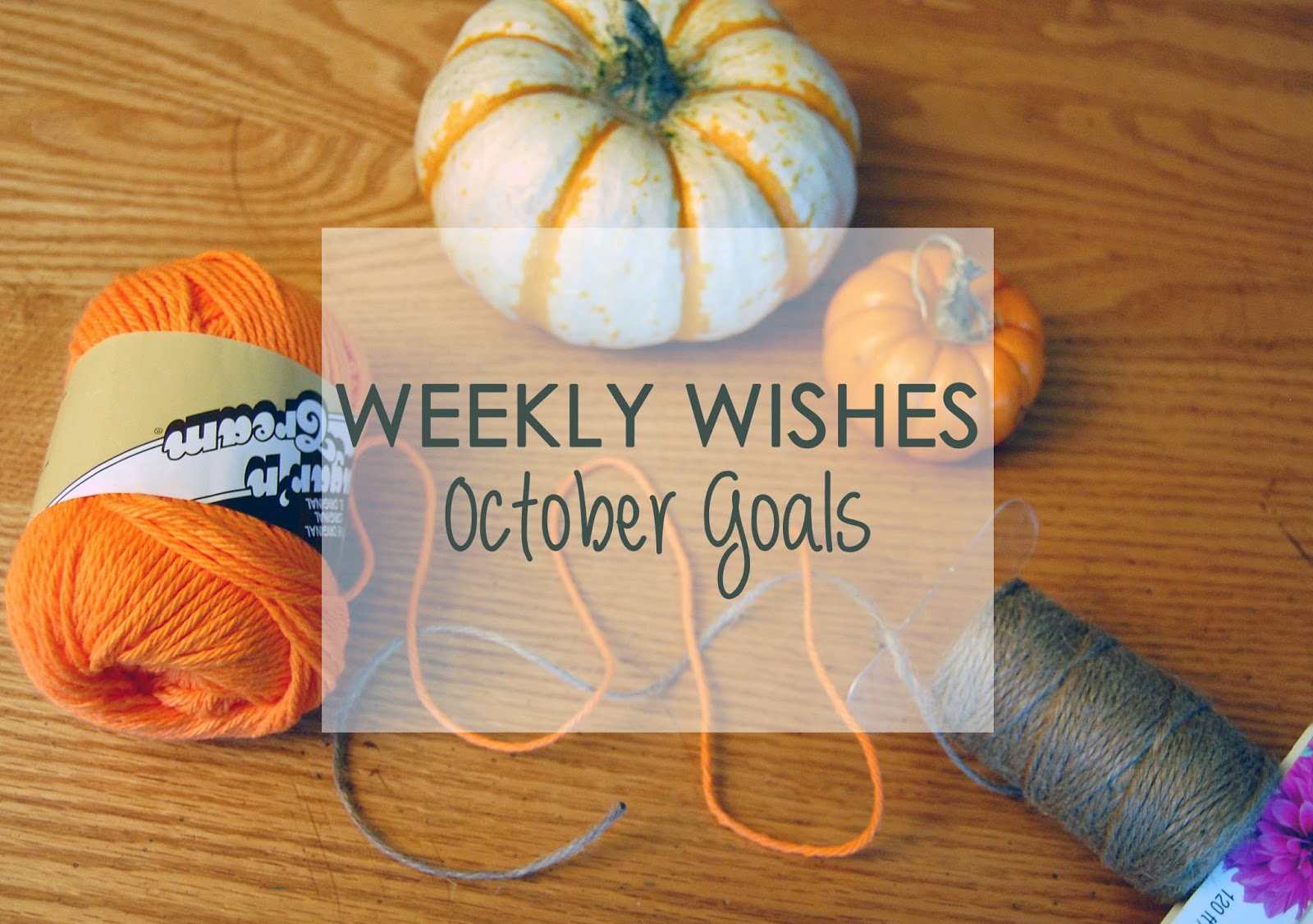