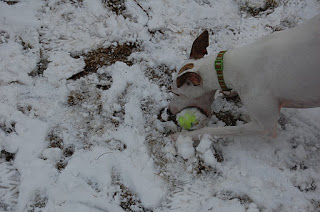 I took an unplanned hiatus from the blogging world for a couple of weeks. As I was saying before the break took place, life was just busy. Now that the things that were keeping me busy at that time have slowed down a little, other things have come up, sometimes out of the blue. I developed a cold (yay, winter!) and spent a weekend watching How I Met Your Mother, which is now streaming on Netflix, between naps. A coworker had a baby so two of us rushed to the hospital that evening to see her. And I’ve been getting into the Christmas spirit by baking delicious treats, like Gingerbread Biscotti.
When I talk to my friends and coworkers, everyone describes a state of busyness that they currently find themselves in. I guess its just that way during the holiday season and the race to the end of the year. (Let’s face it, where once it seemed to take forever for a year or a month or a week to end, now time just flies by. At Thanksgiving, a customer asked, “Wasn’t it just yesterday that we were talking about our Halloween costumes?” And now Thanksgiving was almost two weeks ago.) But the holiday season is one of my favorite times of year, so expect some Christmas-y posts coming up. I also hope that during this bustling season, each one of you will be able to spend quality time with your family and friends. It’s what the season is all about. I already started by attending reading of a “A Christmas Carol” last weekend with my parents (more on that later) and have more plans ahead this month.
For now, I will leave you all with photos of The Dog in the snow. I should get back out now that we have more, but I did tell The Dog’s owners about a week ago (week and a half, two weeks?) that I’d be putting some of the pictures up on my blog as we’ve been regaling them with descriptions of how gorgeous she is out in the snow. She’s even more beautiful out there at dusk, but I haven’t had a chance to take any pictures at that time yet. It’s different for her to play ball in the snow. She can’t hear the ball land so sometimes she has trouble tracking it, unless we tell her exactly which direction we’re throwing the ball in. And sometimes, she has trouble finding the ball, particularly when it’s covered in snow. She’ll sniff right over it and continue her search.
(And I should update you all on my progress for NaNoWriMo. I didn’t win and ended the project at 35,000 words. I probably could have made it, but it got to the point where I was rushing parts of a story that I’ve been planning for and looking forward to for years in order to make a word count goal and I wasn’t willing to do that. I want to enjoy what’s to come. My current plan is to finish by the time family arrives for the holidays, or at least by the time The Dog leaves at the end of the year. She’s been a great writing companion. Okay, now it’s time for pictures of the sweet dog.)