It’s the last day of February! 🎉

I guess February wasn’t necessarily a bad month, but it wasn’t a great month either. I spent about half of it recovering from the flu, so I spent a week in bed sleeping and another week exhausted as I continued to work through it and gained energy. It wasn’t the most productive month, but that’s how it goes sometimes.

The funny thing is, I have a ton of pre-flu photos, so even though I didn’t do much (at home or outside the house) in February, I still have some fun pictures to share! 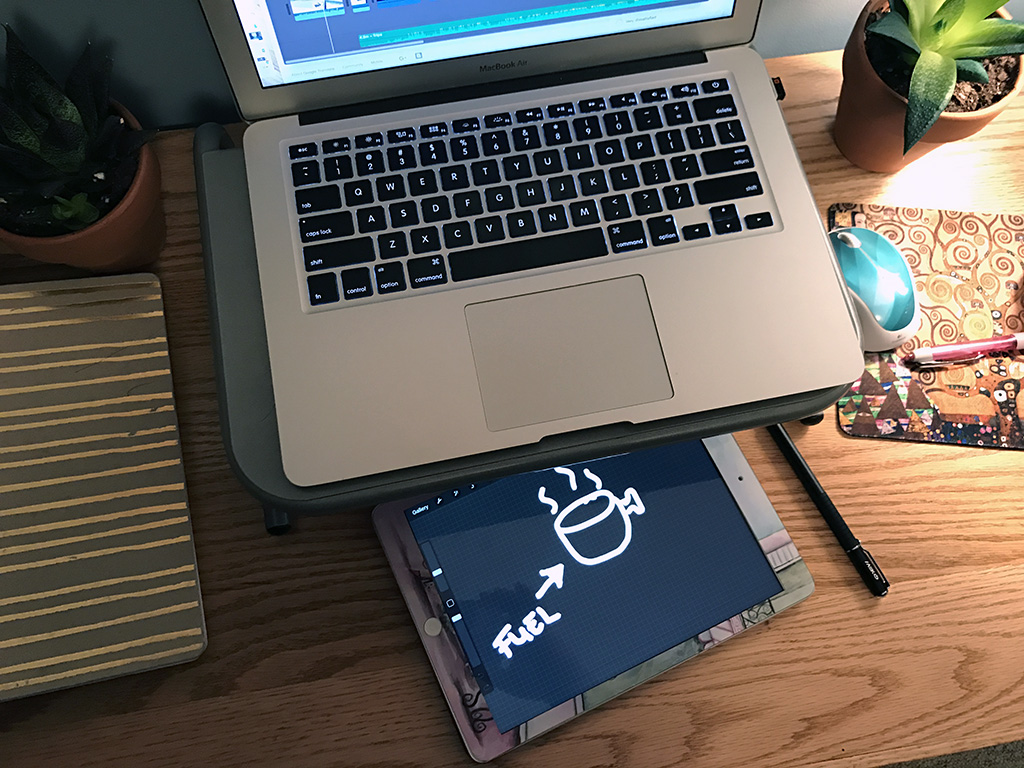 I finally started incorporating handwritten elements into photos on my blog and YouTube videos. This is something I’ve been wanting to do for a long, long time so it feels good to have a nice system down for it! 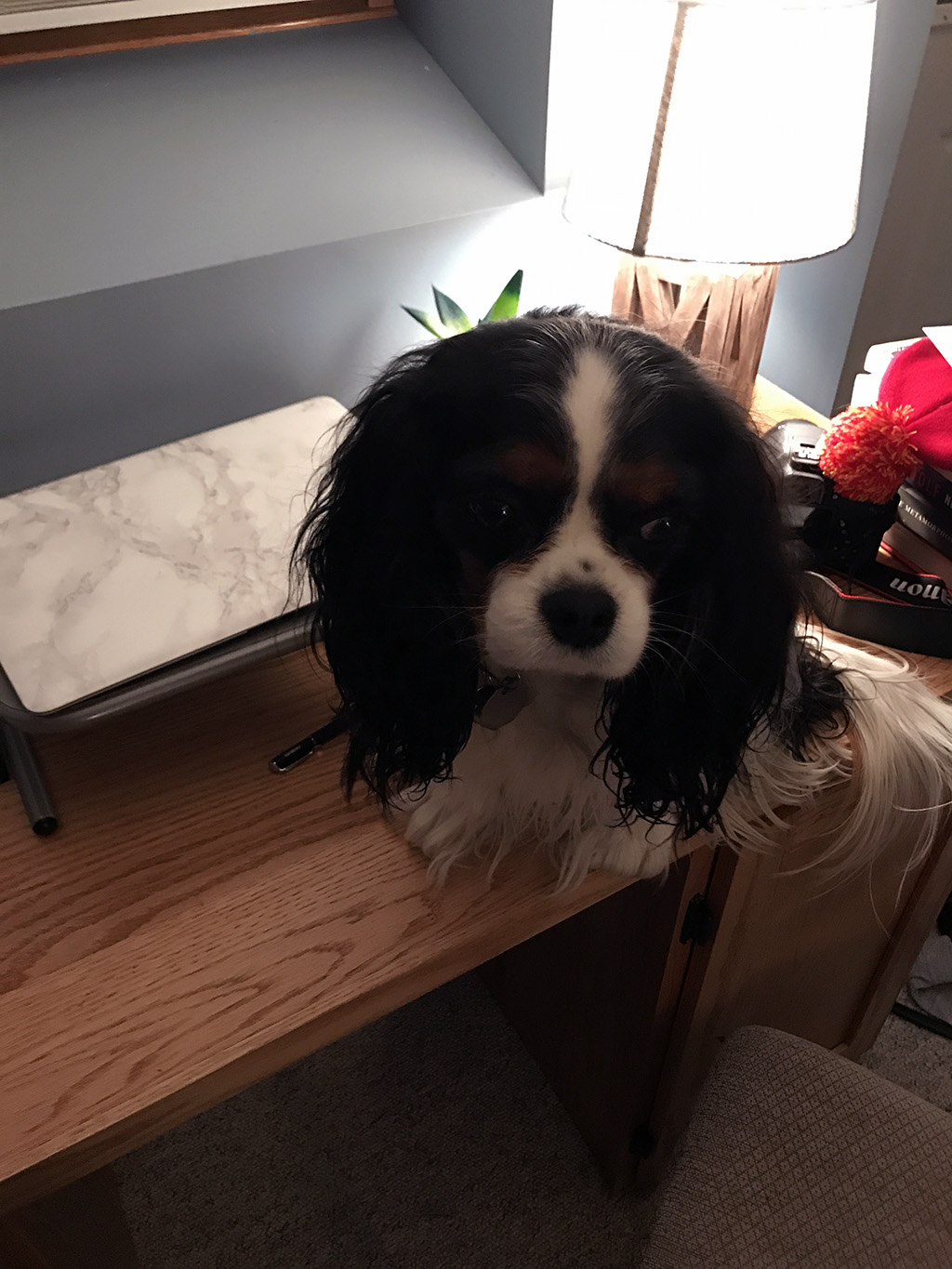 I had a box of crackers for awhile and anytime I’d eat a few Little One would inspect my desk as soon as I got up. As you can see, she did a thorough inspection and made sure she checked out every inch of my desktop! 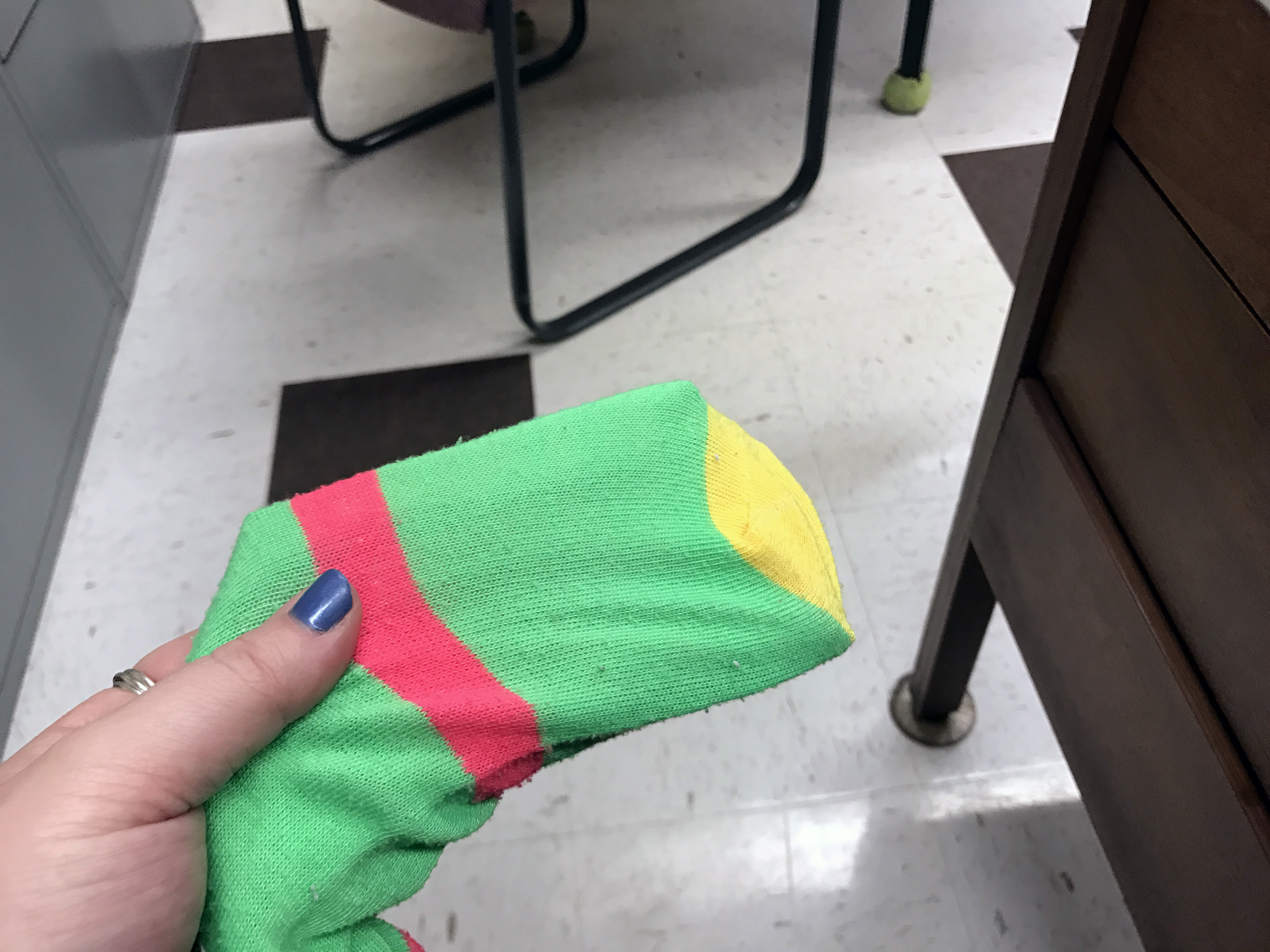 February got off to a rough start physically before I even got the flu. I hit my head… with my computer. And had a nice little bump, along with some pain in the spot and around my eye. The principal I work with told me that an ice pack might help, so I tried that out (we use socks to cover ice packs) and it definitely helped! 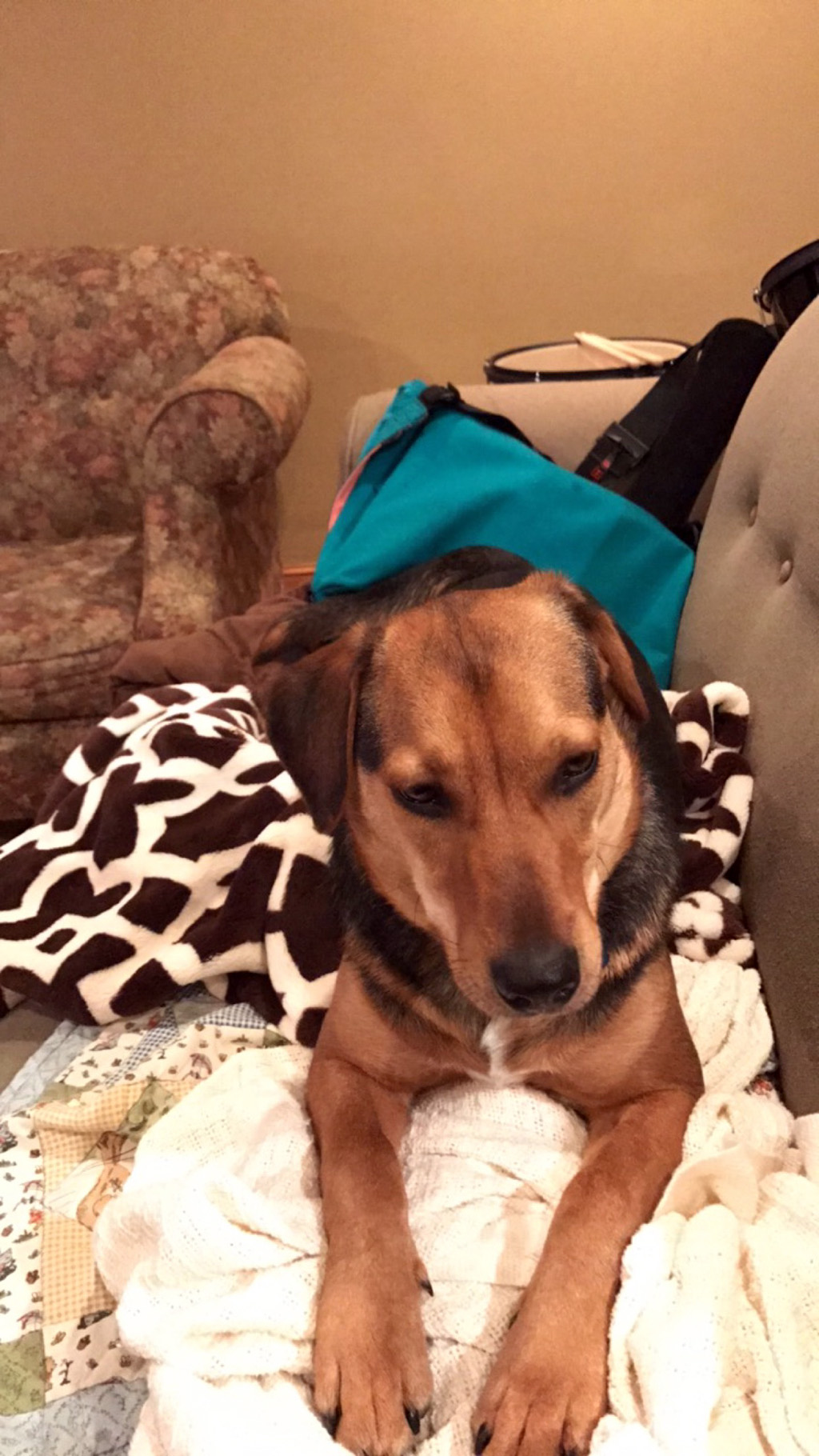 And then it was time to puppy sit for my adorable canine nephew, Tino. My sister and her family were on vacation, so I left Little One with my parents (they’re not exactly best buds yet, considering he likes to jump and she’s not a fan of being jumped on) and spent some time with this cutie. 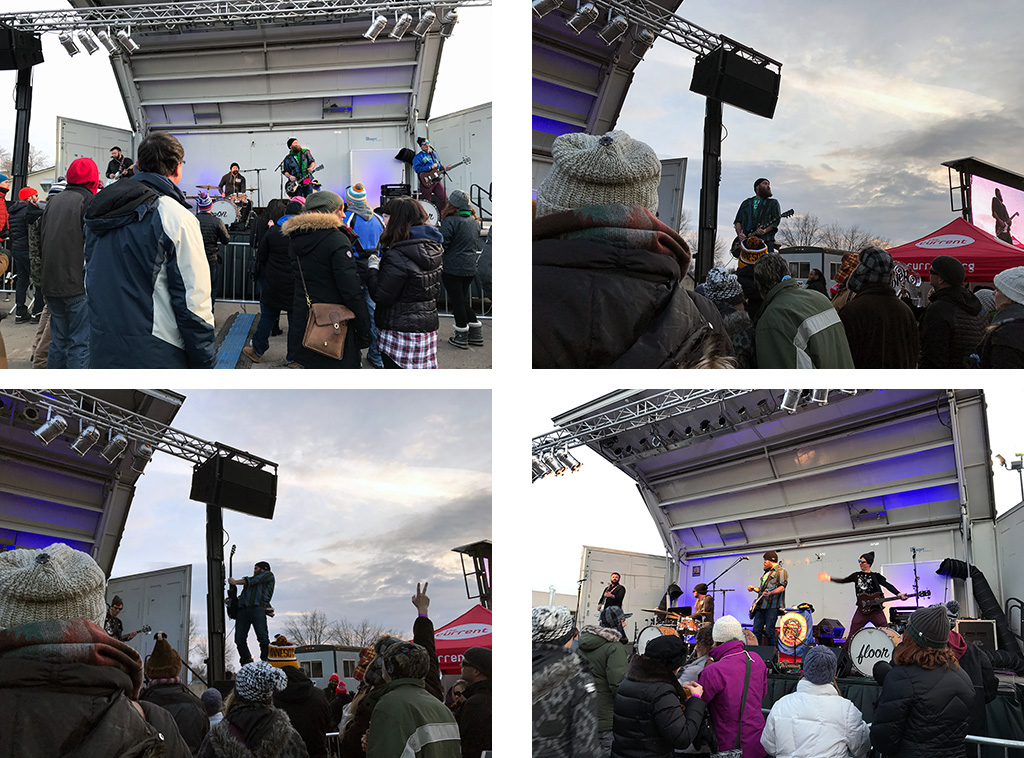 On my last day of health before the flu hit, a friend and I went to The Beer Dabbler in St. Paul. It’s a big beer festival at the state fairgrounds. Neither one of us would actually buy tickets (they’re a bit more than I’d be willing to spend), but we won a couple of tickets so we were excited to check it out! We made sure we saw The 4onthefloor and they were fantastic! 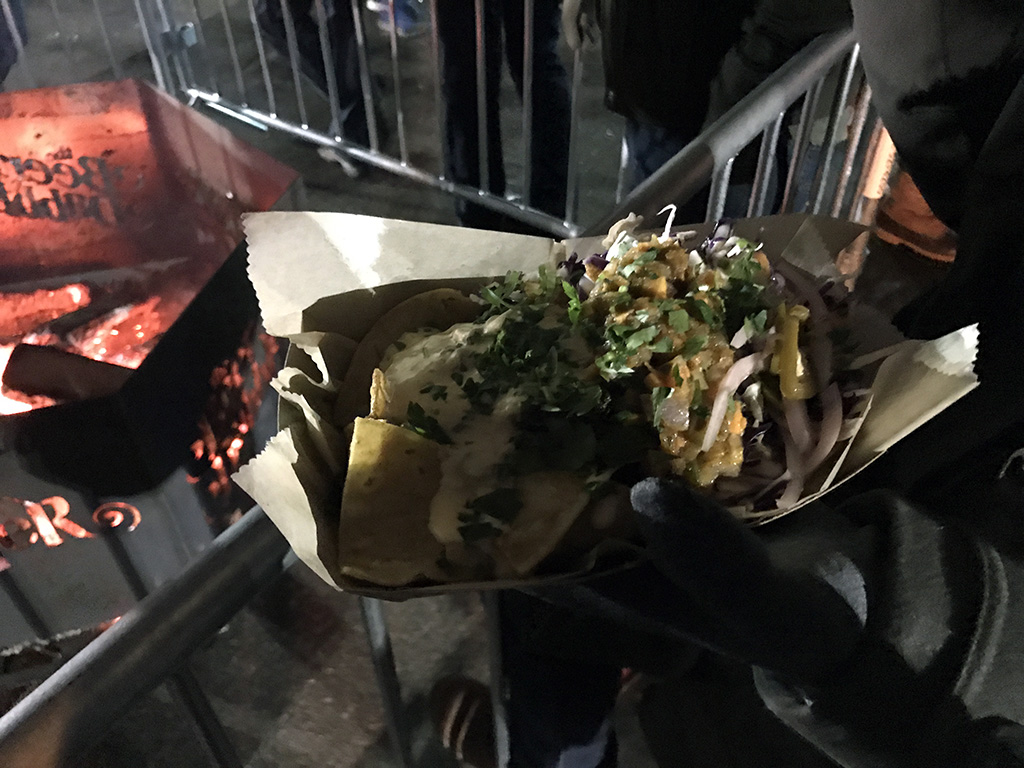 We spent lots of time by the fire pit and snacked on these nachos at the end of the night. They were fantastic! 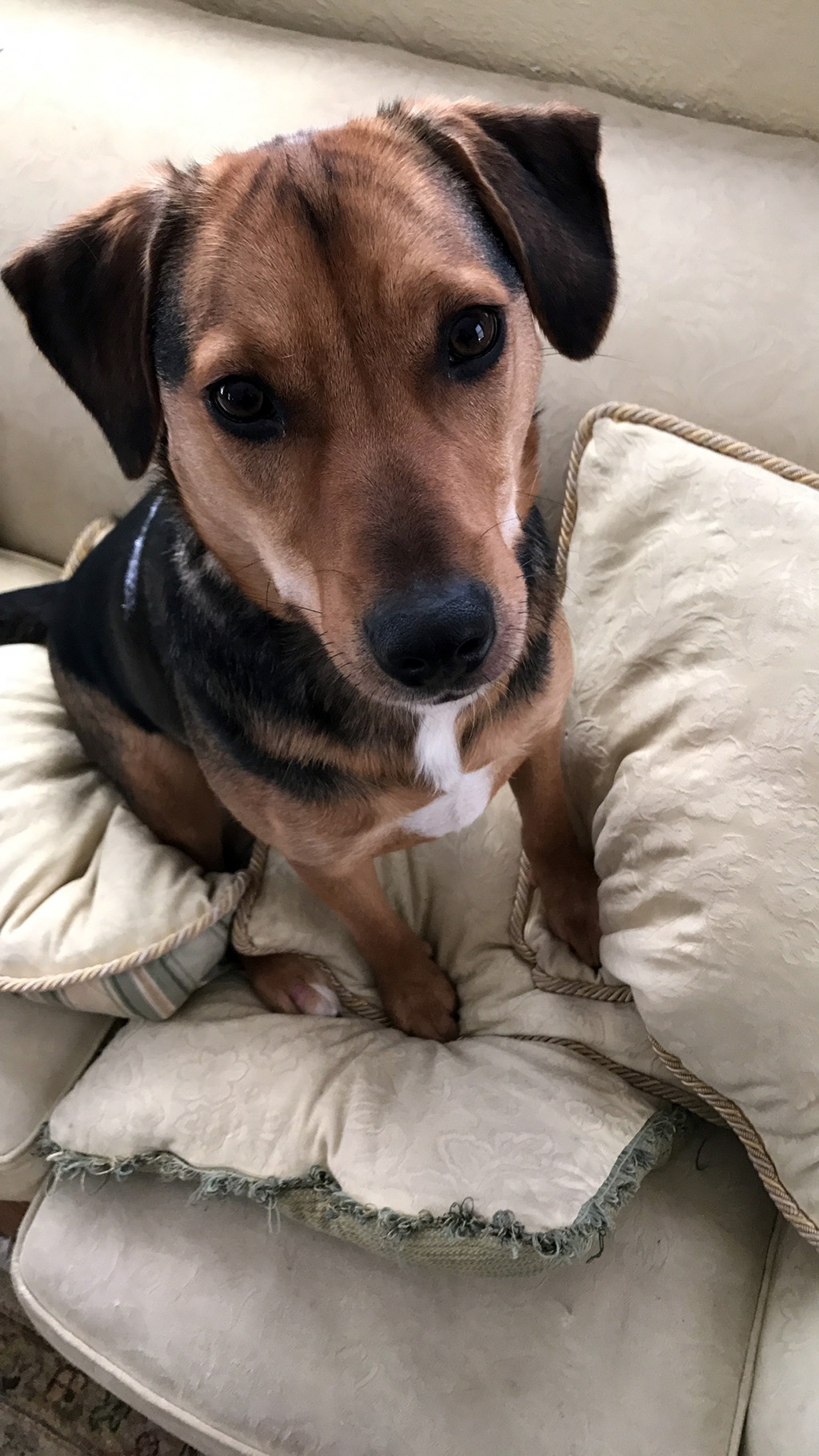 I spent the entire next day with this little guy. He also turned one in February! His name is Valentino, because he was the first in a litter born on Valentine’s Day. I guess there was some talk of changing his name after they adopted him, but my niece wouldn’t allow it because his name is perfect for him! 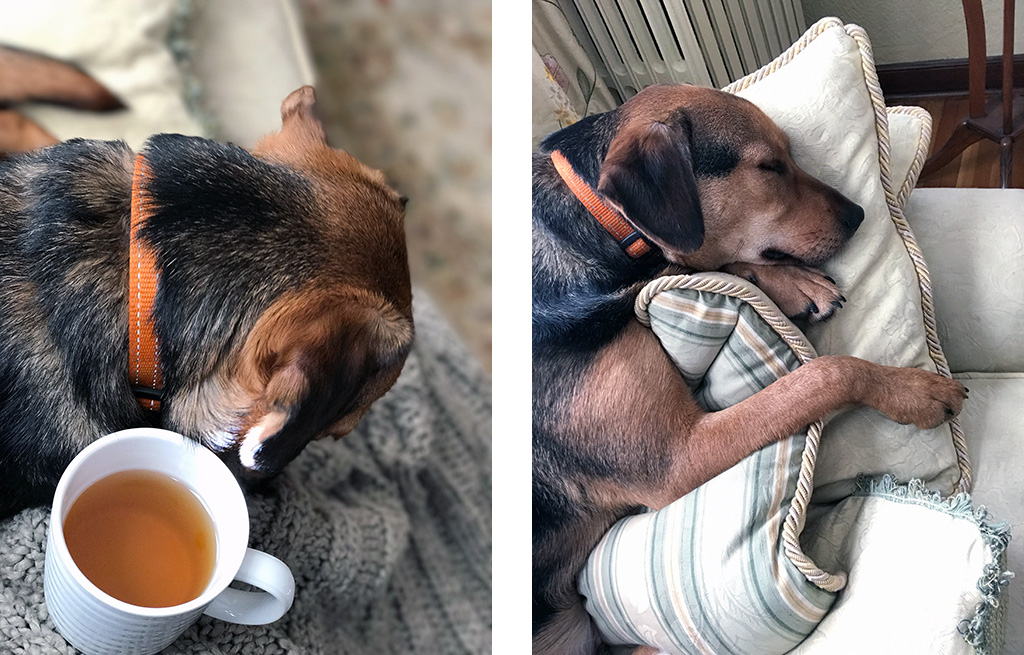 Luckily he was pretty chill that day, because that’s when I started to get sick. 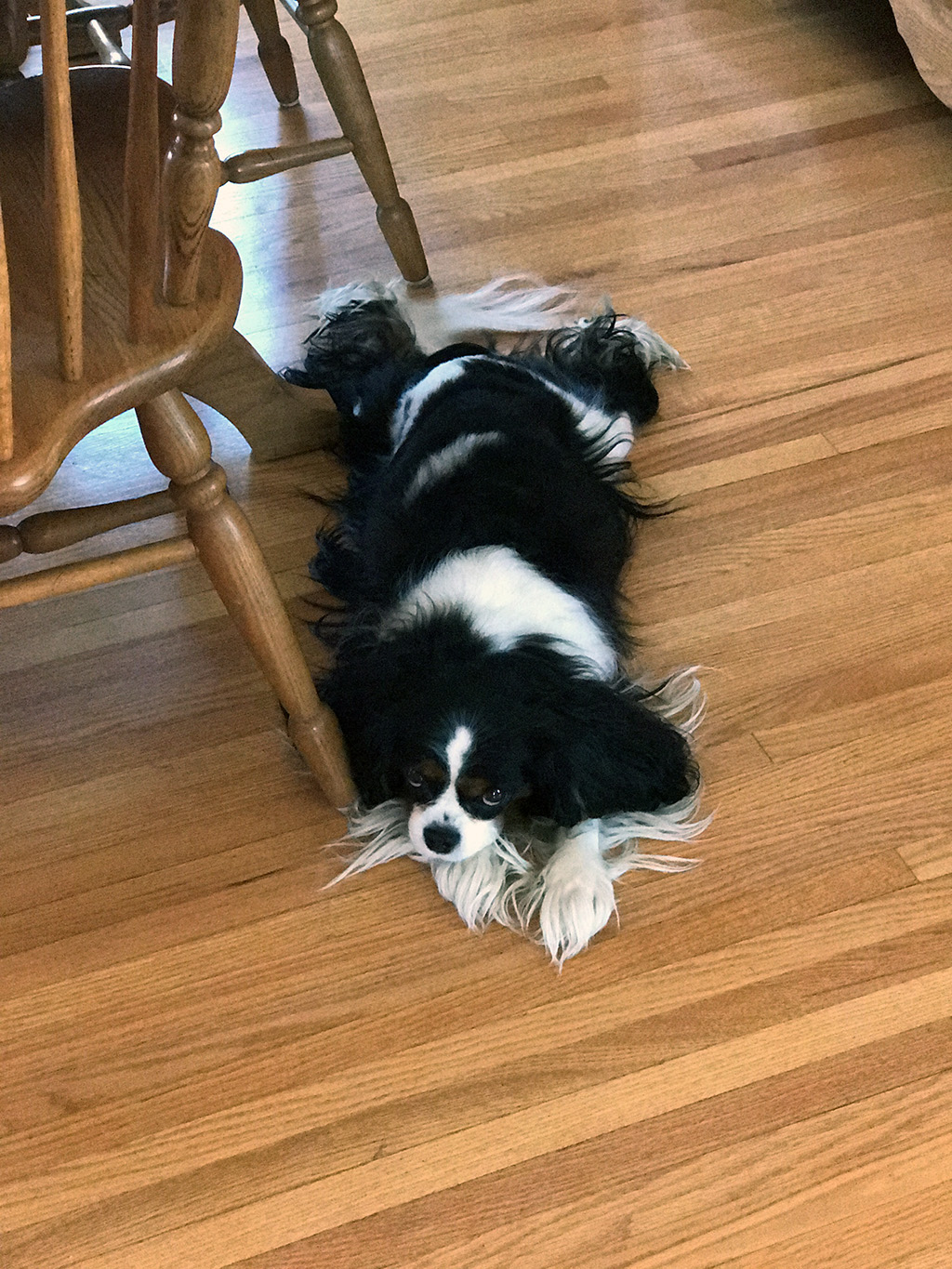 A nurse dog, Tino is not, so when I had a fever, aches and chills the next day I went back home. My parents covered for me with Tino and I spent the rest of the week in bed with Little One by my side. I always say she likes it when I get sick because I stay in one place. You know, when I’m not making tea.

And I made a lot of tea while I was sick! Mango Black Tea from Trader Joe’s and a mango green tea from Tea Source were my go-to’s. I also had a lot of chest congestion, so pretty early in the week I spent quite a bit of time breathing in steam from hot water while under a blanket to help clear my chest out. That did wonders for me! I was a little concerned those first few days, but this did the trick and definitely made the week bearable. 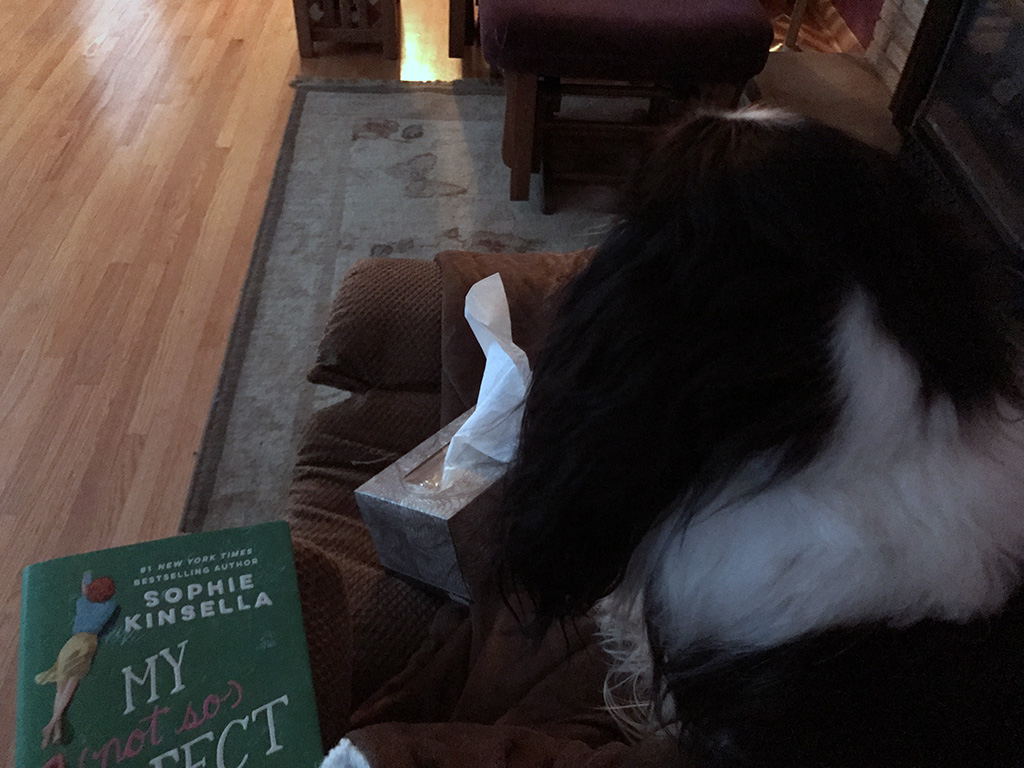 The worst part about the timing of the flu is that I was supposed to have a few minutes to chat with Sophie Kinsella when she was in Minnesota for a book signing and I wasn’t able to go. It was during the week that I was at my worst. 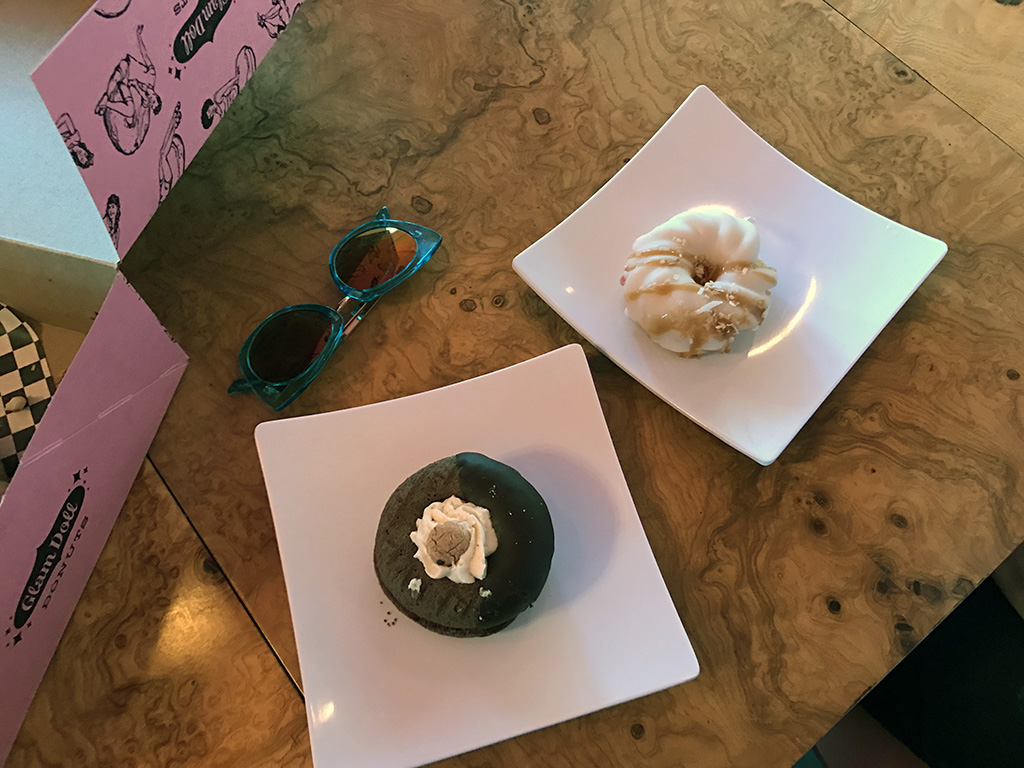 Six girls + a dozen donuts = a Valentine’s Day well-spent. We went to Glam Doll Donuts (if you’re in the Twin Cities and haven’t checked them out, you need to!) and it was delicious. Obviously. 🙂 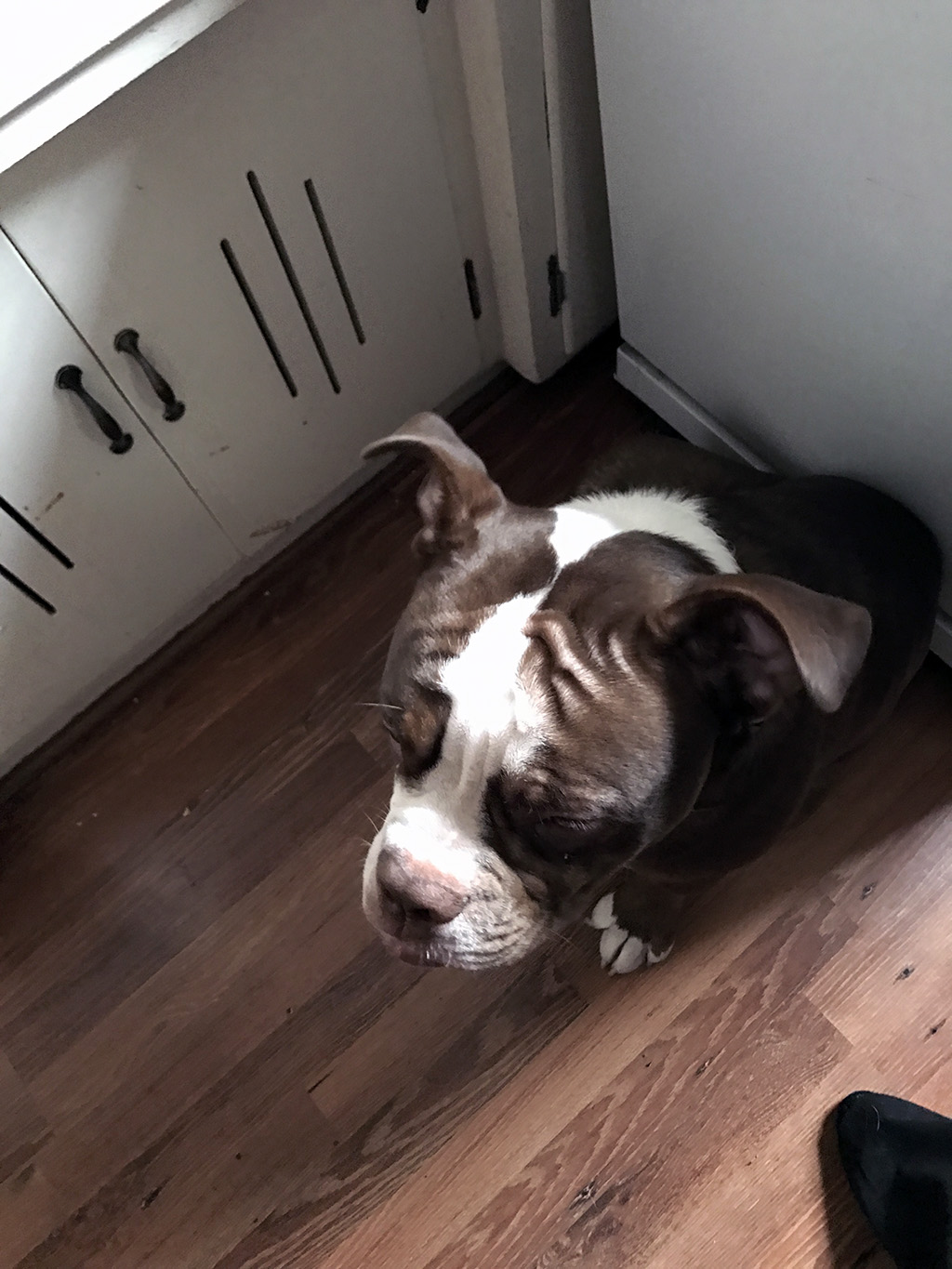 Is a picture post complete without a photo of Odin? Look at those wrinkles!! 😍 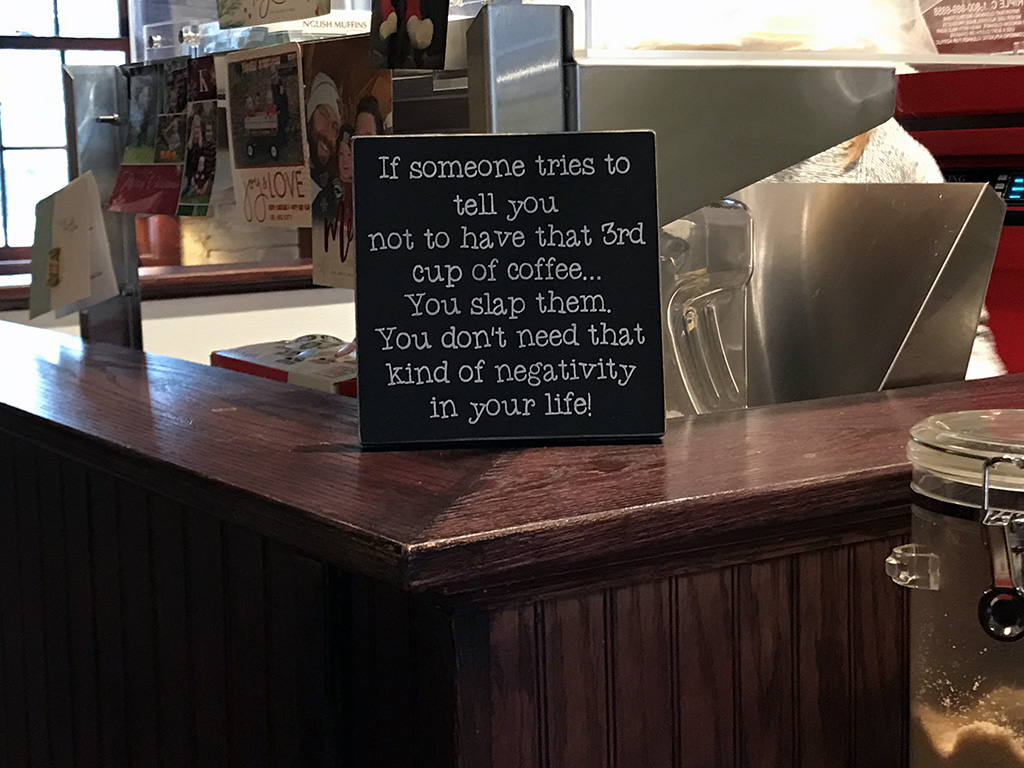 One of the organizations I work for had a table at a mission fair at the end of the month. There was a Dunn Brothers nearby, so of course I had to stop and I absolutely loved this sign!

1 // Survived the flu! And because of this I didn’t do much else, but I guess that was number one this month!

2 // Cleaned my closet. 🎉 It was bad. I didn’t take any photos, but believe me… it was bad. I’ve just been throwing stuff in there that I didn’t want to deal with, so I finally went through and got rid of everything that didn’t have a place. If it doesn’t have a place and I can’t make a place for it, I obviously don’t need it.

[Tweet “Let’s talk about what we accomplished this month. #goals #goalsetting #reversegoalslist”]

>> Things to Love About Solo Travel  |  What I loved (& some tips for solo travel!) about traveling alone.

>> Happy Friday // 05  |  Inspiration collected throughout the first half of February.

>> First Impressions // Ottawa  |  My first thoughts on Ottawa. Loved it, hated it? Check out the post to see!

What adventures did you have in  February and what’s on your reverse goals list? 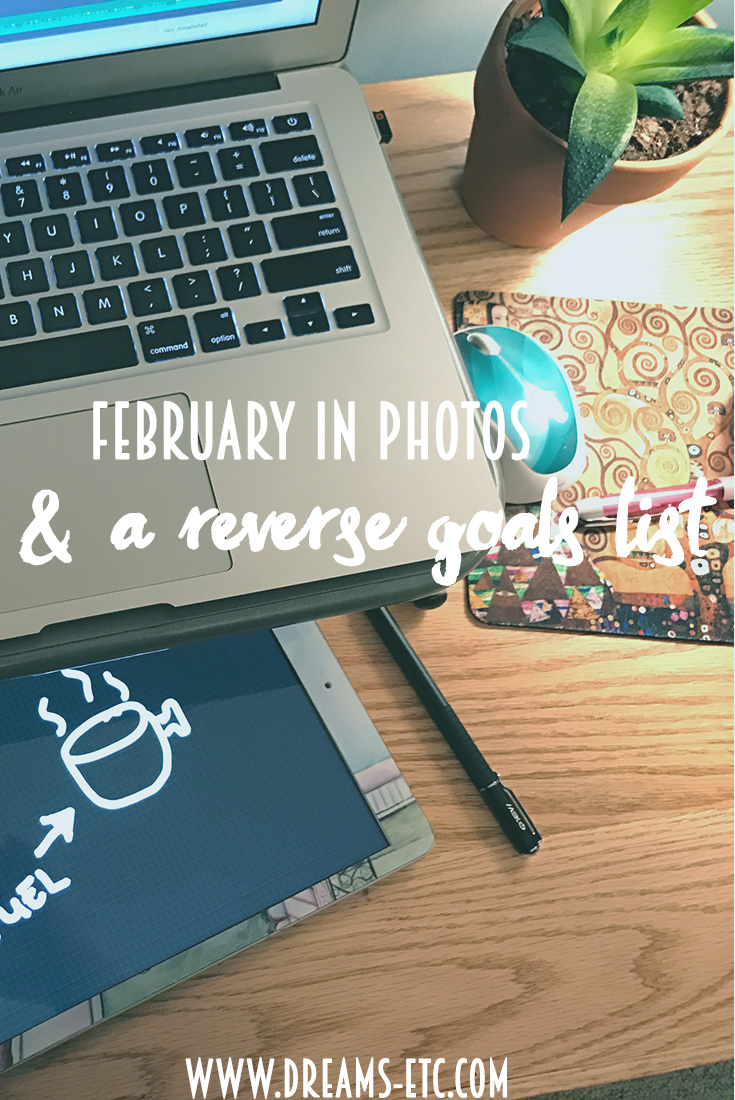 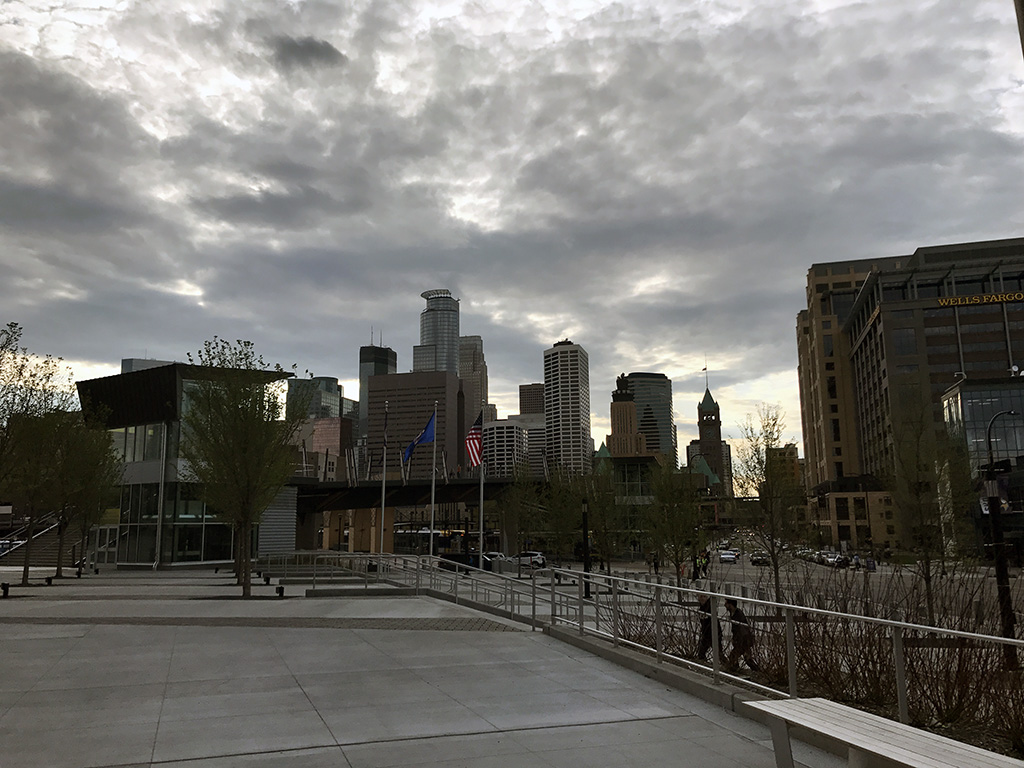