I don’t know what happened this week, but I completely blanked on posting! I’d like to say that it was a busy week, but it really wasn’t.

But I do have a movie to talk about today! My friend Mary and I went to see Footloose on opening night. I was not a supporter of a remake (or any of the remakes that Hollywood is putting out… Dirty Dancing? Really?!). But it’s a dance movie and we always go to dance movies. Also, Julianne Hough is one of the stars (we’re both fans of Dancing with the Stars) and, for me, there was Dennis Quaid, who has been one of my favorite actors since I first watched Undercover Blues. And yes, I did say first watched. I have watched Undercover Blues multiple times. I actually know the entire film by heart, although the last time I watched, I was a little rusty. What can I say? I’m a fan of fantastic characters and a great cast!

What were we talking about? Oh, yes! Footloose! As I was saying, I wasn’t the biggest supporter of a remake, but I also was never a huge fan of the original so I knew that I wouldn’t be too critical of it. And I must say that I enjoyed the remake. I think they did a great job of keeping the integrity of the first film, while freshening it up and making it more relatable for a new generation, including mine. I have never been able to fully connect with the characters in the original film, but I did in the remake, especially Ariel. The dance sequences were a lot of fun, especially the one to the title song. I still don’t believe the movie needed to be remade, but it was, and it was done very well, so there are no complaints from me.

About the movie, at least. The soundtrack is a different story! The soundtrack to Footloose is one album that has been a constant for me for about as long as I can remember. Holding Out for a Hero and Almost Paradise have always, always, always been favorites of mine. I used to play the soundtrack and create my own dances to the songs. I also used to create my own stories surrounding the songs… you know, creating my own little musicals. So, honestly, it was kind of painful to listen to the changes. Luckily, as I mentioned previously, I’m a fan of Dancing with the Stars, so I was aware of one of the changes that was made before I went to see the movie. It was a beautiful dance, though. 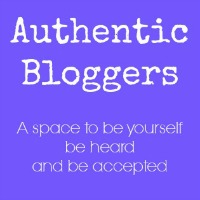