Happy Monday! I hope everyone had a wonderful weekend! It was pretty cold in Minneapolis, so Little One and I spent the weekend hiding out from the cold with coffee (for me) and books. Although, hiding out from the cold was probably more for my benefit. Little One appeared to enjoy our jaunts outside, while I shivered as I watched her roll in the snow. 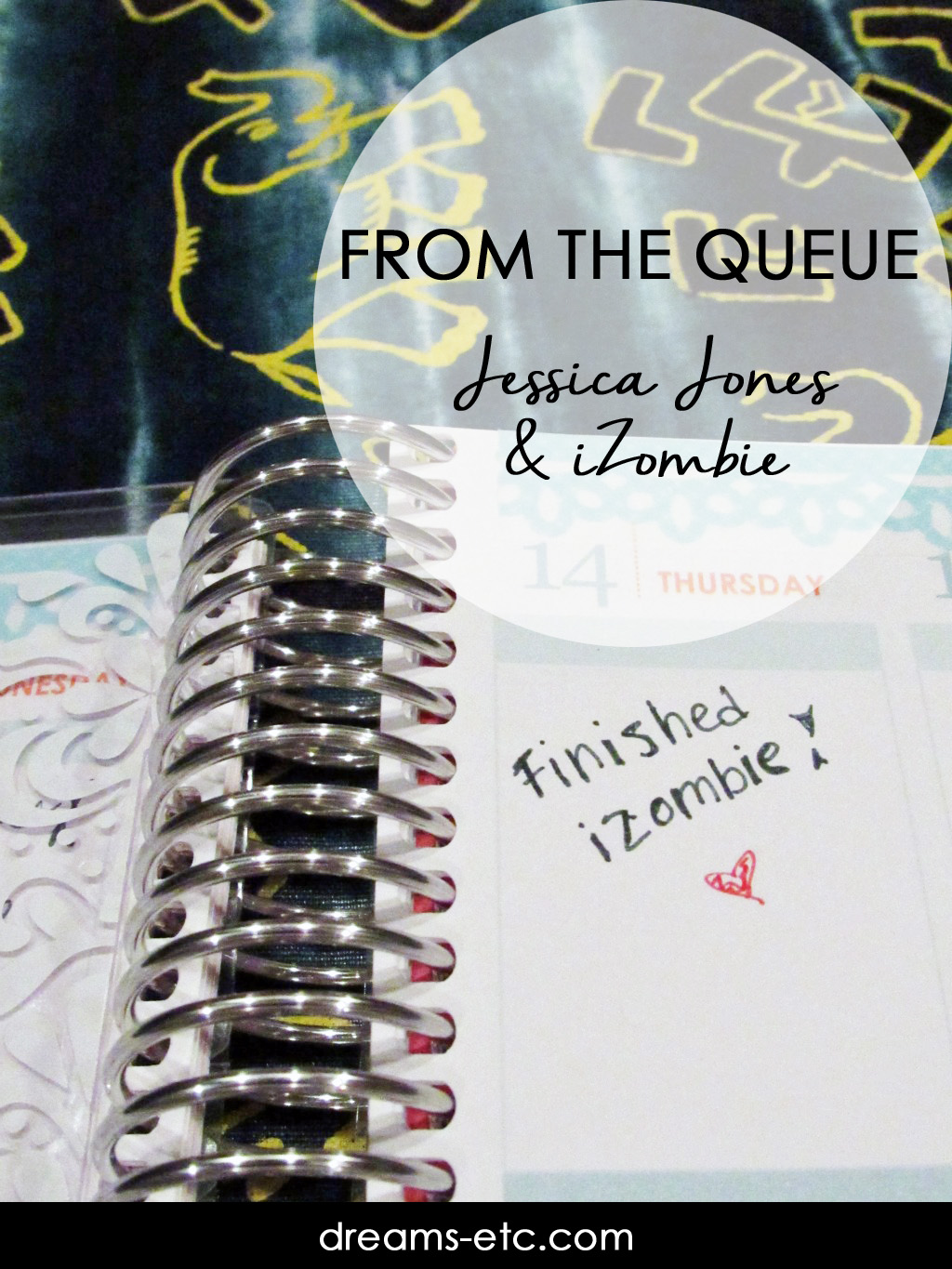 I’ve watched a couple of TV shows this month and I thought I’d talk about them today. Have you watched either of these? What were your thoughts?

This is one of Netflix’s new shows, about a woman with a special power who doesn’t want to be a superhero. She’s traumatized by something in her past and works as a PI until her past catches up with her.

I… have mixed feelings about this one. I liked it a lot at the beginning, but then it got a bit too violent for me. Here’s what I loved:

What I didn’t like… the violence was a bit much, for me at least. I know this won’t be true for everyone. I went from not being able to turn away from the screen to not actually watching. I’d work on things while listening and look up when it sounded safe to watch.

That being said, I continued watching (well, listening) because I had to know what was going to happen and I’ll definitely tune in for season two.

When a medical student with a promising future is turned into a zombie, she starts working at a morgue so that she has access to the brains that will help her keep some semblance of humanity.

I’ve had this in my queue since it was “new on Netflix” and a friend finally convinced me that I should watch it sooner rather than later. I was hooked after the first episode! I wasn’t surprised when I saw Rob Thomas’s name in the credits, although I was surprised it took a few episodes for me to notice. What I loved:

WHAT HAVE YOU WATCHED RECENTLY?