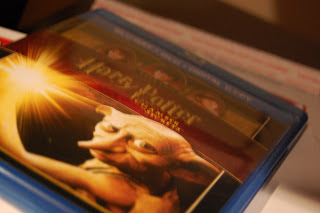 As I was thinking back on my writing in 2011, I realized that I was a lot more productive than I have been since high school, when I used to spend class periods writing as I was “taking notes.” However, I was also disappointed because I didn’t complete all of the goals that I had.

A few days ago I received an email from a good friend of mine. We have always bonded over our mutual love of YA lit (as well as the written word in general), coffee, good movies and TV shows, creativity, tea, our faith, fluffy movies and TV shows, and chocolate pastries. She also reads everything that I write. Towards the end of 2011 I had sent her two rough drafts of different stories that I have in the works and in her response she told me that she was able to see growth in my writing, which was the product of all of the hard work that I had put in.

It was a great reminder that while I didn’t accomplish all of my goals, all of the writing that I put in throughout the year wasn’t wasted. It really did pay off and will benefit me in the coming year. I haven’t written down any writing goals yet, although I do have an idea of what they will be. As I prepare look back on my writing goals from 2011 and think about Ari’s email, I will remember that regardless of the outcome for my 2012 goals, the work is what matters.

Here is to a productive 2012 for me and all of you in whatever goals you have set for yourselves!

And now, it’s time to start getting caught up on Project 365! I think I will stop including photo titles (though I have them) and just post dates along with these pictures. My photo titles are so bad!

Towards the end of the year my mom and I started a rewatch of the Harry Potter series. When the holidays arrived we stopped watching. We should get back to that soon!

Sleeping puppy. Look at that perfectly placed spot on the top of her head!

Getting ready for the day. A case of bobby pins on hand means I was putting my hair into an updo.

The little pillow hog! One thing that I discovered about her is that she loves being under pillows.

I began reading this novel in the middle of November. It took me until the end of the year to finish it, but that doesn’t mean I didn’t enjoy it! I really loved the beautiful writing. The opening paragraphs took my breath away.

Another sleeping photo. It most likely means this was taken as midnight was quickly approaching. I miss her!

I spent some time going through old books at the end of the year in order to get rid of some that I knew I would never read again. This notecard popped out of a book as I was looking through them. I was confused as to where it came from until I realized that I had lent the book to my friend Amber while she was working on a Master’s Degree.