Last fall a friend and I visited an attraction I’m surprised doesn’t have more buzz: The House on the Rock. It’s known for having the world’s largest indoor carousel and it’s… something. Not the carousel, but the house. Although the carousel is something, too.

Let’s just say that after I visited and talked my writing buddy about it, he used the phrases “fever dream” and “like a hallucination” to describe it and they are 100% accurate.

Let’s start with the deets: construction on The House on the Rock began in 1945. The architect, Alex Jordan Jr., had a dream to build a house that was built into the sandstone bluffs on the land. As he continued to work on his house, he started to fill it with his collections, and even built music machines, and the carousel into it. We went from saying, “How cool that he had the imagination and the means to pull this off” to wondering if anyone in his life was ever concerned about his mental health.

The house is divided into three parts and it takes some time to get through all of them. I think we spent three or four hours in the house and we sped through the third part. When we bought our tickets, someone behind us said they were going to tour the first two parts that day, and the third part the next day. That’s what I would recommend and if I ever go back, I would definitely go when I can spend a night in Spring Green to see it that way. Splitting up your visit will help you when it comes to stamina to get through the house and will help you see and take everything in without being overwhelmed. There’s even a Frank Lloyd Wright house nearby that you can tour on day two after you’ve finished touring The House on the Rock.

(At least, I think you can tour the Frank Lloyd Wright house. If you can, I’d go like to go back and do that.)

That being said, touring the house in one day was a unique experience that was inspiration for a short story. It’s totally doable. Just plan at least four hours and take a deep breath of fresh air before you head inside.

Also, if mobility is an issue, you might have a hard time getting around. There’s a lot of walking, there are a lot of stairs and tight places, there aren’t a lot of places to sit down and rest if needed.

Now that I’ve scared you away, I’ll end this and get into photos by saying that this is a really unique attraction. It’s totally worth a visit for that alone. We had a great time!

Section 1 starts with a museum that gives you more information about Alex Jordan, Jr. and his life. You get to see some photos of him and learn about the people in his life. After that you walk through the living quarters of the house, which includes this infinity room.

You’ll walk through a Japanese garden inspired area. Take a deep breath and savor your moments outdoors whenever you get them as you tour.

The bathrooms were beautiful as well. Below you’ll see just your average bathroom decor. 😉And one of the women’s restrooms was so pretty that someone kept waiting whenever a woman was inside so that she could the guys in her group into it once it was empty to show them how pretty it was. 😂

And then it starts to get a little bit weird.

We got our fortunes (you have to pay a token for them) and then we entered the Heart of the Sea exhibit.

There’s a picture of him inside this giant whale and… I wish we had been able to climb up into it to take the same photo. 😂 (It isn’t a real whale. Just realized I should make that clear… this is one of the last pieces that was built into the house.)

I believe this is one of the most well-known music box rooms.

Eventually you get to see the world’s largest indoor carousel… and the angels on the sky.

If you look up between the trees toward the top, you can see the infinity room sticking out.

There are some collections in the house that have objects that would scare some people, like, in addition to this doll carousel, there is a doll collection.

Also, these last photos are really awful, because we were trying to make sure we got out before the place closed, and also because we wanted some fresh air, were overwhelmed and were kind of power-walking through at this point. (Again, I would tour the house in two days, if you can, unless you’d like the “this feels like a hallucination” experience.)

This is the last photo I took in the house and it was on Snapchat. I think this is when I sent my friend a goodbye Snap, saying I thought I was lost in the collections. 😂

HAVE YOU EVER TOURED ON HOUSE ON THE ROCK? I’D LOVE TO HEAR YOUR THOUGHTS! 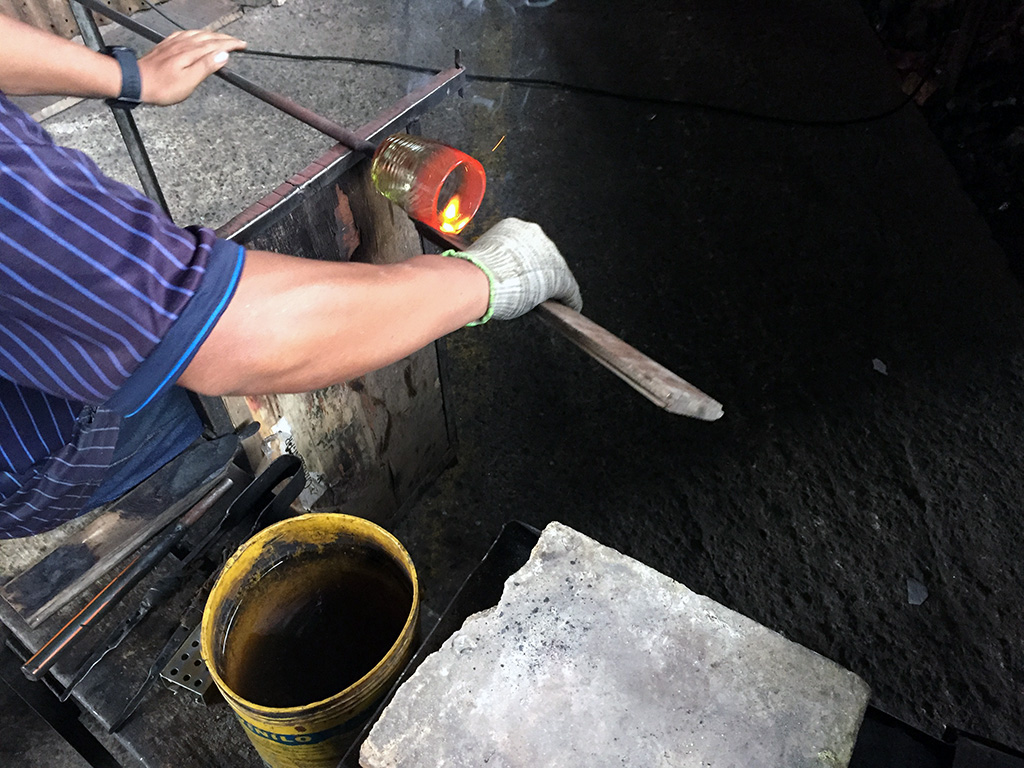 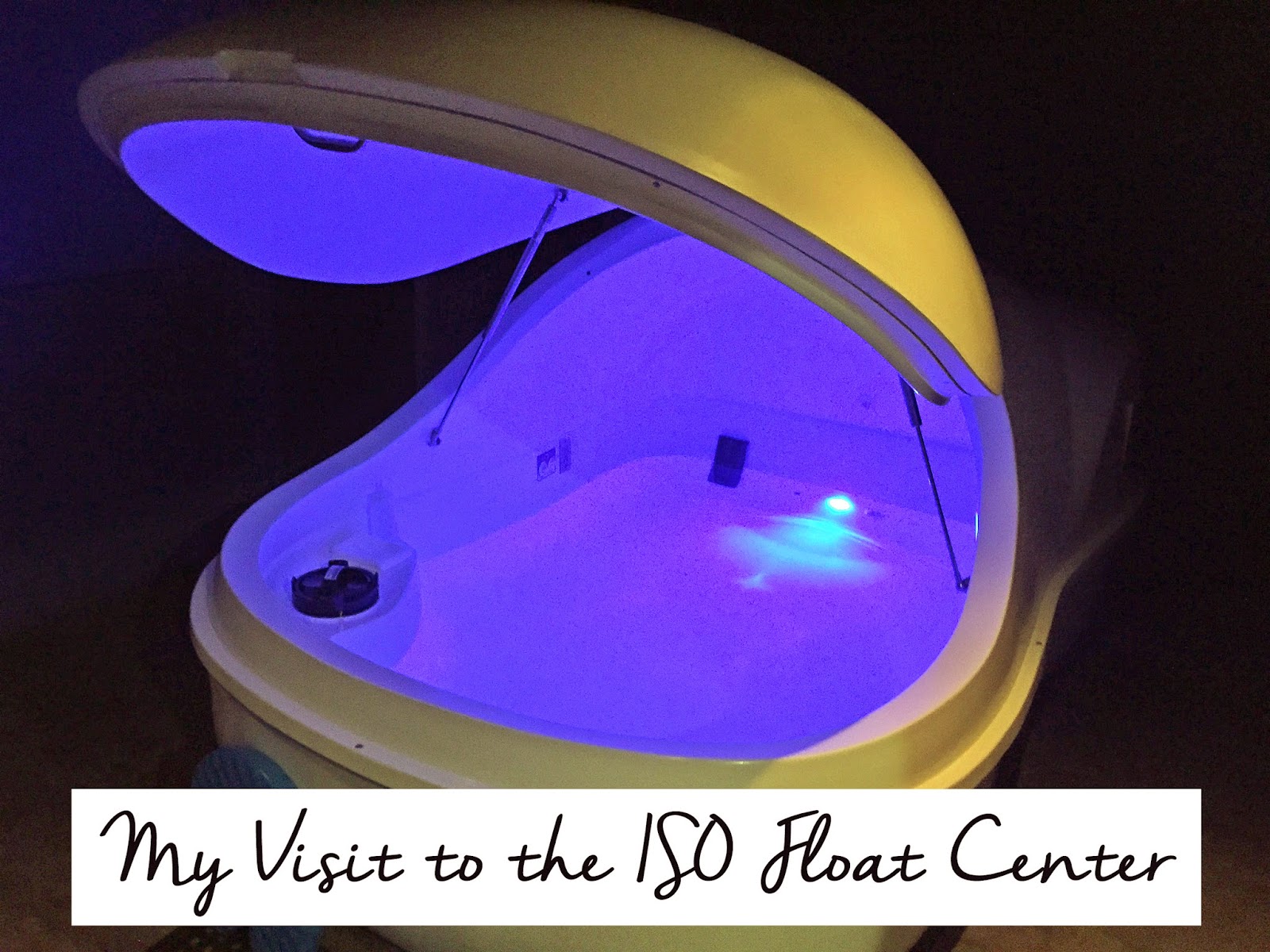 My Visit to the ISO Float Center 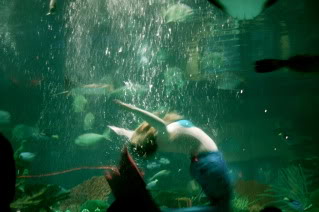