A few months into the pandemic, when we realized we weren’t going to see each other in person soon, my writing buddy and I hopped on FaceTime to chat. “Have you tried any new recipes?” he asked me. Like a lot of people, he and his partner started to try new recipes at the start of the pandemic, but I hadn’t. Pouring over food blogs and trying new recipes used to be a hobby of mine, but in recent years that interest has fizzled out.

I say this knowing it won’t happen weekly. Next week I have two days in town before I fly out for a conference. I probably won’t try anything new that week. But I’d like it to be more than monthly and if I make it a bi-weekly goal I know I won’t stay on top of looking for new recipes. I’ll scramble at the last minute and eventually give up. So the goal is 52 new recipes this year. If I don’t quite make it, I’ll still consider it a success.

Please note: I’m not going for food blogger photos here… these were all snapped after making them, before eating, so there are some photos that don’t have the best lighting since I primarily cook in the evening. These photos represent real life, not blogger perfection. 🙂

Here’s a recap of the recipes I tried in January.

I’m not actually including this in the count because I made it on the last day of 2021, but I wanted to include it here because when I shared this on Instagram there was some interest in it. I made this on the stove, not in a slow cooker. It was delicious and my family enjoyed it. I’ll definitely make this again sometime.

01 / Creamy Corn, Zucchini, and Bacon Chowder from Half Baked Harvest.

We entered 2022 with sub-zero temperatures in Minnesota. In the past I had a tradition for our frigid days: whip up a pot of chowder and read one of my childhood favorites, Look for Me By Moonlight by Mary Downing Hahn. The main character Cynda moves to Maine to live with her dad, stepmom, and stepbrother when her mom and stepdad move to Italy. At the start of the book, Cynda’s dad picks her up from the airport and the weather is brutal. They stop at a cafe on their way back to the inn that her dad and stepmom own and live in so that her dad can have a break, and they eat a bowl of chowder. So obviously you have to have chowder for dinner as you start this book and then curl up with warm beverages for a cozy night in as you finish it.

Life got busy and I haven’t done this for years so I knew I wanted to reread this book again this year and I grabbed the first opportunity to do so. I’m so glad it’s the book I started the year with. And this chowder was fantastic. My family also enjoyed this one and I’ll make it again sometime. We served it with a good bread topped with butter and honey and with an orange marmalade and both were nice on the side.

This was a super easy one pot meal and now I’m kind of obsessed with the idea of them. We added andouille sausage to it and my household still would have liked more meat for a better meat-to-pasta ratio. (I was fine with it as-is but I don’t like meat as much as other people do. More thoughts on that below.) I forgot to take a picture of this one, but it was delicious and I will definitely make it again in the future.

Oh! I also used a cajun spice mix because I have a mix, but if you don’t the recipe does give you ratios to make your own.

This is not a meal you’d anticipate from me if you know me and what I cook. I’m not a vegetarian, but I’m also not a fan of preparing meat unless it’s ground or something like bacon or sausage. I also usually make dishes where the meat is mixed in and not the star of the show. But this looked good and I thought people in my household would like it so I went with it. Spoiler alert: it was a hit!

I made it a little saucier so I added extra cream, tomato paste, and Italian seasoning. I can’t tell you how much because I just started throwing extras in the pan. I know I wondered if I added too much seasoning, but it was perfecft! I learned how to use a meat thermometer so that I didn’t overcook the chicken (which I typically do … you know, to avoid food poisoning). We had pasta and spinach to serve it over, so some of chose pasta, some chose spinach, some chose a mix. It had a nice, fresh taste and I’ll definitely make this again. Next time I’ll make it with the same amount of sauce that I did this time and I’ll probably buy chicken tenders instead of cutting chicken breasts in half.

This is by far my favorite of the recipes I tried in January, It was so fresh and tasty and I have thought about it every week since I made it. I also made a reel of the prep. I highly recommend this one and I will make it again.

I’m not into cole slaw but I love broccoli slaw. Unfortunately, every store I looked at didn’t have any. I ended up just using shaved brussels sprouts because I knew the leftovers could be used in a brussels sprouts salad or in a veggie mix with eggs for breakfast. I’d use them again for this, but would like to try it with broccoli slaw sometime.

This was also really good! It was easy to make and was a hit with my household. I served it with potstickers. I had a mix of a brand that I will not purchase again because they don’t cook as well as others, and potstickers from Trader Joe’s, which are a great go-to for frozen potstickers. Since I was having trouble with the one brand of potstickers, I think I overcooked the Pad See Ew a little bit, but it was still delicious and I don’t think anyone could tell.

Other Things I Tried This Month:

Since these aren’t recipes I’m not going to include them above, but I thought I’d share some items I tried that made for quick meals.

🍴 Gnocchi Stuffed with Marinara and Mozarella from Trader Joes: They were okay, but a little on the doughy side, which made them a little overwhelming to eat after the first few bites. I had them once on their own and once with meatballs (also frozen) and a little marinara sauce to see if that balanced out the doughy-ness and it didn’t. I would pass on these.

🍴 Red Curry Sauce from Trader Joes: They had a bunch of baby veggies that I thought would be great for a stir fry with rice noodles so I picked them up and as I continued to go through the store I saw jars of curry and decided to try one. Since I already had rice noodles in mind, that’s what I served it with, and it was delicious! I’ve already picked up more jars of the red curry sauce as well as a jar of the yellow curry to try and now I’m wondering why I haven’t looked at TJ sauces before.

🍴 Tomato Soup from Trader Joes: I always used to make tomato soup from scratch. It was a therapeutic thing as I mourned a friendship that I thought was over and I loved the process of making tomato soup. However, that friendship has since mended, and while I still do like the idea of making tomato soup from scratch, it really does take a lot of tomatoes and a lot of time, especially when you compare it with a $3 carton of soup that you can just put on the stove to heat up. I’ve already purchased more of this. 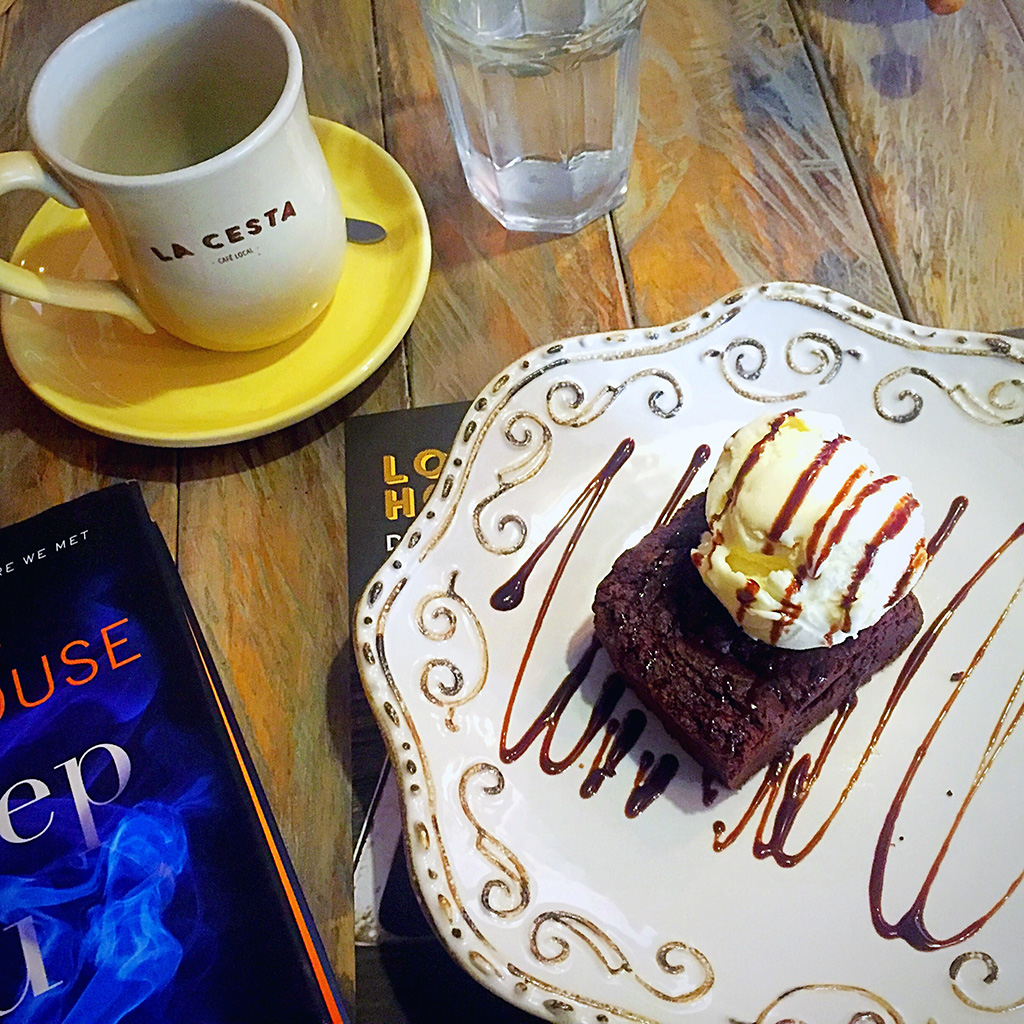 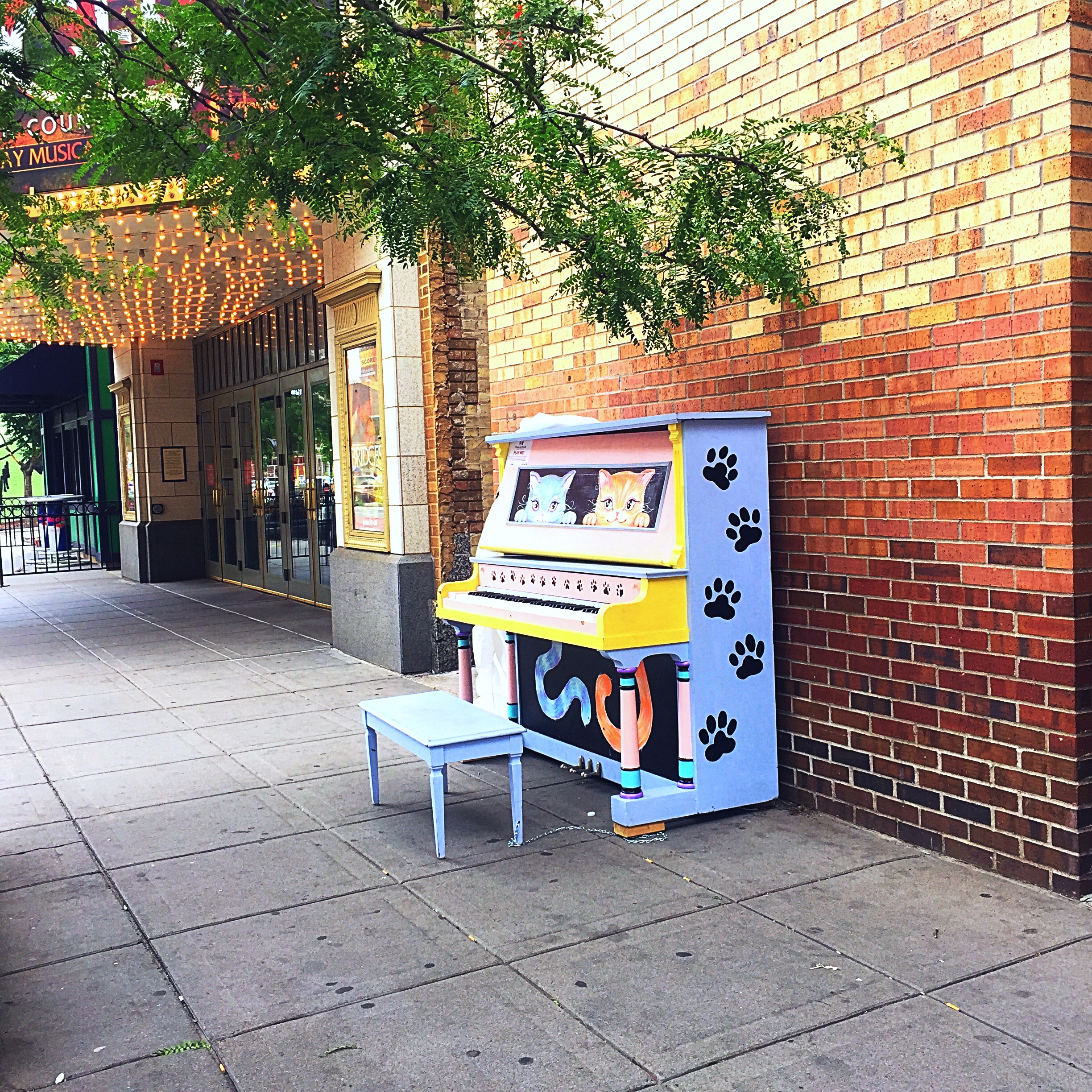 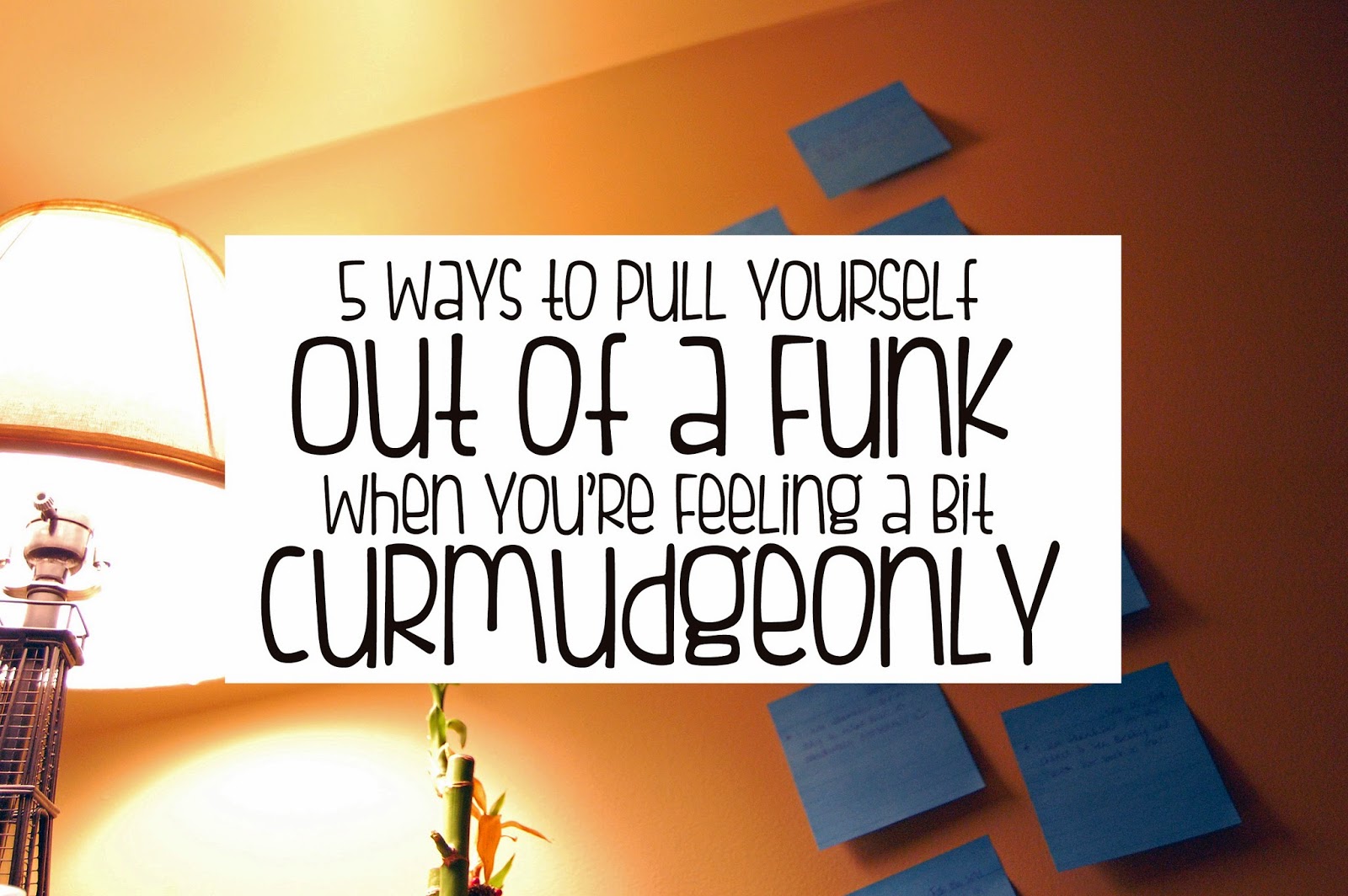