This weekend I had a visitor. I mean, technically my BFF-who-doesn’t-know-it yet was here so that my writer could take care of him but we all know that deep down inside he was most excited to see me. Right?
Okay, you got me! He saw me and tried to walk away from me. But then something magical happened. 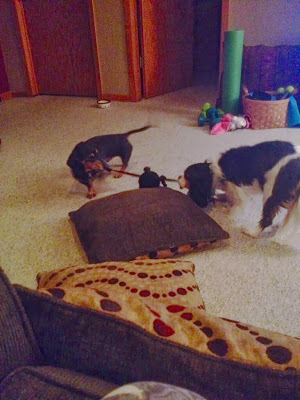 We played!
I know! It’s surprising. But he was playing with a spider that my writer got me on my first anniversary of living with her and when I saw him with it I couldn’t resist. The spider had all those little legs and they were calling my name! “Little One, play, play with him!” they said and I thought, “Well, that looks like fun!”
So I grabbed the toy and played and I let him win because that’s what sweet puppy’s who want their BFF-who-doesn’t-know-it yet to become their BFF-who-knows-it do.
(Don’t worry. I’ll work on a better nickname to give him when we are finally BFF’s when…well, when we are BFF’s.) 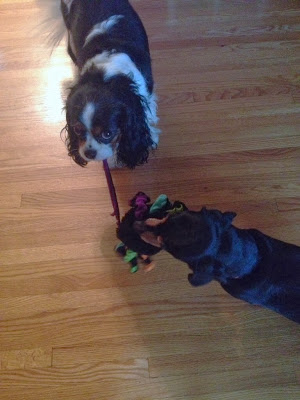 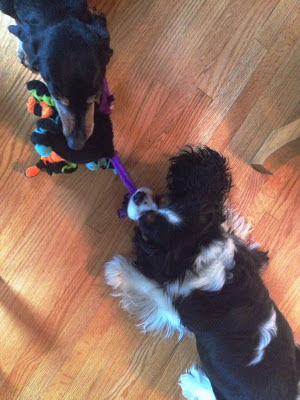 So we played and I let him win and the next day we played again. The problem? We were on hardwood floors and my adorable, furry little paws have no traction. That tiny little doxie won again! And again!
Oh well. I was going to let him have the toy anyway. He really liked it. 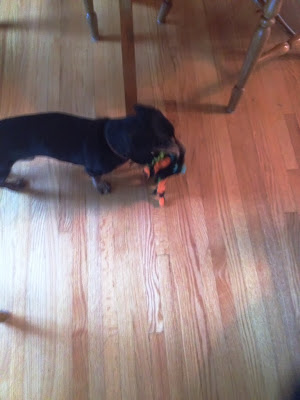 I hope you all had a great weekend. Tell me all about it. And until next time, keep that tail waggin’!
Little One
0 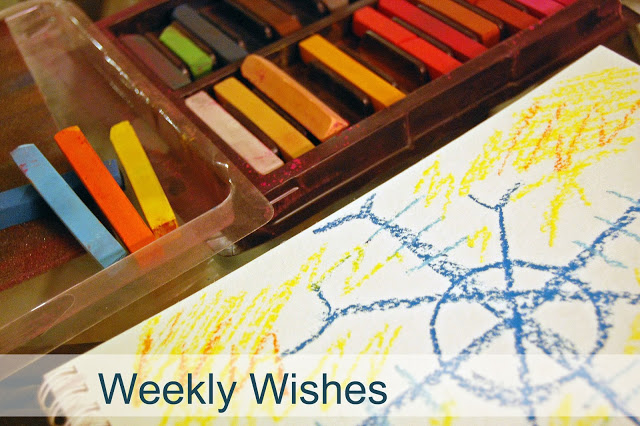 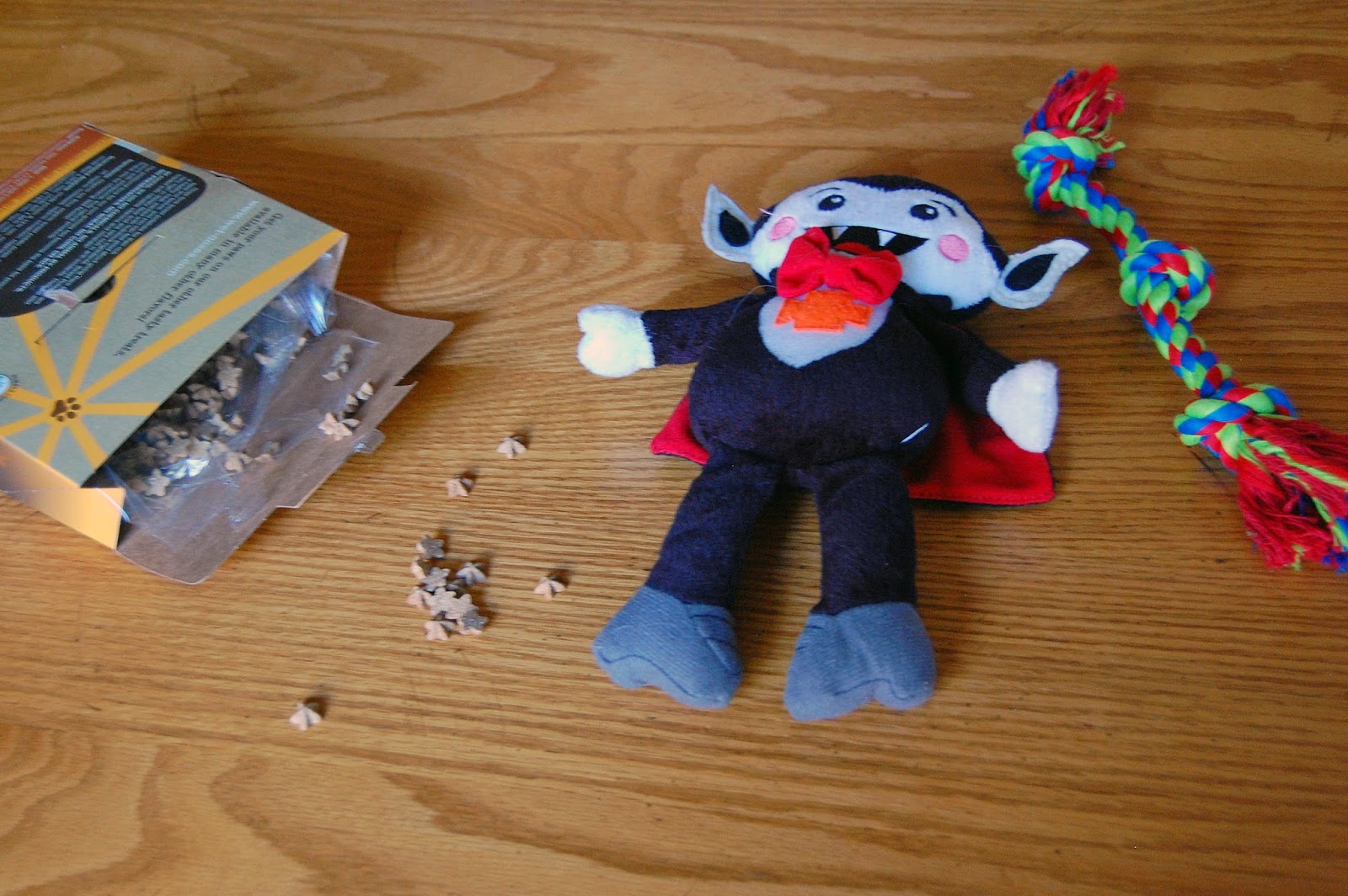