When I saw that NerdCon: Stories, a conference all about storytelling was taking place in my city, I knew I had to go. I didn’t realize just how refreshing it would be to spend time with other writers and artists talking about one of my favorite things: storytelling. 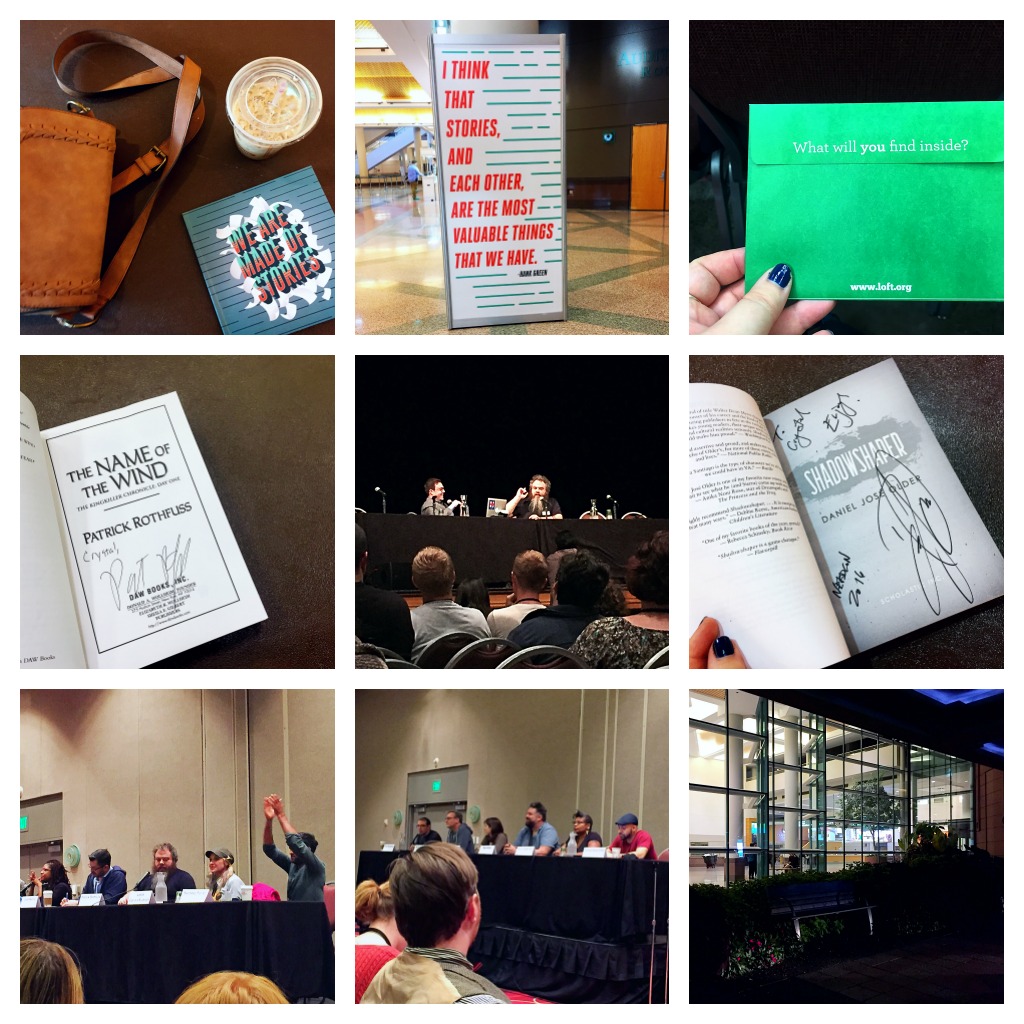 When I first looked at the schedule I noticed that there were a lot of lectures and panels, etc. that were stacked up together so you had to pick and choose what you were going to attend. There were often times that I wanted to attend multiple things and had to choose. I also thought it looked like there was a lot of downtime between each block of events, but that wasn’t the case at all. I had some downtime to sit and take a break, but it wasn’t too much. I know of one lecture I attended that filled up pretty quickly and some people had to be turned away, so I always tried to get there a half hour in advance to ensure a spot.

There was a vendor area, but it wasn’t too big. My favorite booth was definitely the Loft Literary Center’s booth. Not only is the Loft one of my favorite places in Minneapolis, but they had a great booth. I wrote down a book suggestion and picked up a writing prompt (the green envelope), so I’ll definitely try that out soon. A friend of mine also works at the Loft and she was there when I walked by, so it was fun to catch up with her!

On Friday I started with the an author signing and met Patrick Rothfuss, author of The Name of the Wind. We talked about my hometown, which is where he went to college.

After that I went to a lecture called Harry Potter and Banned Books, which, as you probably guessed, was all about banned and challenged books. This would have been a good lecture for someone who doesn’t know much about the topic, but it’s a topic that I’m passionate about so it’s something that I’ve done a lot of research on. This talk didn’t introduce anything new to me.

I attended a drawing class led by Karen Hallion and it was so much fun! Next up was a panel on Art as Narrative, which was a great panel to sit through, although it is one of the panels that’s kind of hard to hard to sum up. I ended the night by attending a live podcast recording of Unattended Consequences, which is a weekly conservation between Patrick Rothfuss and Max Temkin (Cards Against Humanity).

Saturday began with another author signing. If you’ve been following my book reviews this year you know that I recently discovered Daniel José Older and have been flying through them. I listened to Half-Resurrection Blues and Midnight Taxi Tango (both narrated by Older and the audiobooks are FANTASTIC!). I’m currently listening to Shadowshaper (almost done) and I absolutely love that one too. This was definitely one of the highlights of the convention. He was the nicest guy and it was so cool to meet an author whose work I discovered this year and have been loving.

Next up was a panel called Do All the Things and one of the guests was Patrick Rothfuss. All of the panelists have multiple things that they do, so they talked about how they balance it all. One of the overall themes is that while you can “do all the things” and do a lot, you can’t literally do all the things. They all discussed saying no when you need to and having a support group who will help you decide when you should take something on and when you shouldn’t (especially if you’re someone who has a hard time saying no). Half of my notes from this panel were on self-care, because they also discussed the importance of taking care of yourself if you want to do your work well. Half of the panelists discussed a period of time in which they worked too hard and reached a point where they couldn’t work for awhile after and for some, became physically ill.

After this I attended A Whole New World, which included Daniel José Older. This was all about worldbuilding and it was really helpful to listen to, but this is also a panel that I’d have a hard time summarizing.

I went to a workshop on dialogue led by Eileen Cook. When I was deciding whether or not I wanted to attend this one (there was one right after that I thought I wanted to attend more) it was the author that finally made me decide to check it out. I’ve heard quite a bit about her newest book With Malice. I’m so glad I went because it was a great workshop, she was hilarious and it was definitely one of the highlights of the weekend.

After that I scooted over to my last panel for the convention, which was Breaking Into Publishing. Since I’ve also done a lot of research on this topic I wouldn’t say I necessarily learned anything new, but it was nice to hear some of their advice. I also won a book and had a chance to chat with the author, which was another highlight of the convention. She was so nice and I’m looking forward to reading her book soon! I think what I liked so much about this entire experience is that the attendees had so many opportunities to meet the guests and have conversations.

I heard from another attendee (before one of the panels started) that they might not put this conference on again, but if they do I’d definitely attend. It was a lot of fun and it was so cool to meet some of these authors and hear them speak.

What are some of your favorite conventions? 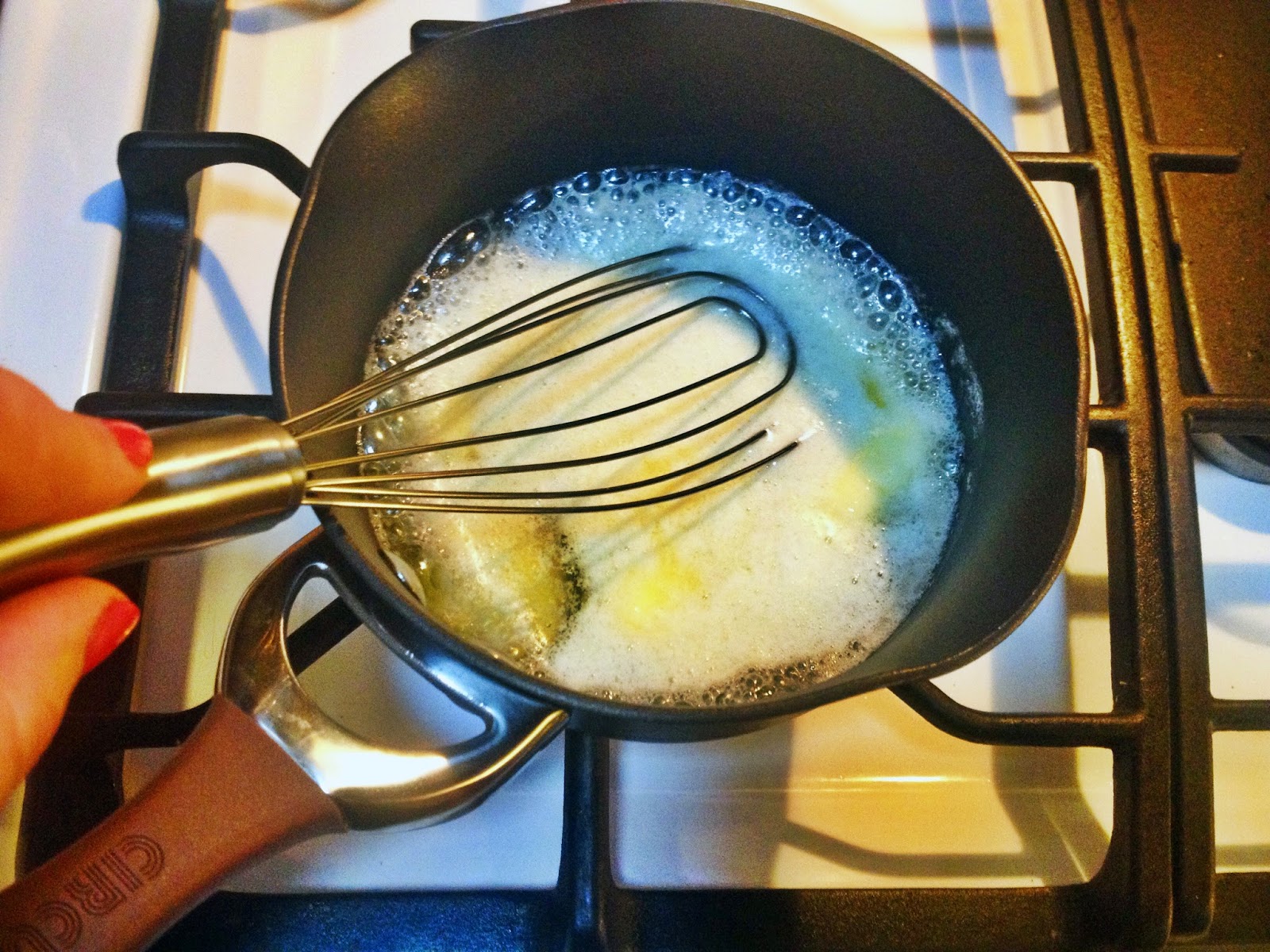