One Cactus Turned Into…

Earlier this year my best friend got married and at her bridal shower back in February she had an assortment of cacti and succulents that we could choose from to take home. I perused the selection and pulled out the one I liked the most: an oddly shaped cactus that reminded everyone of a mouse. (It totally looked like one!) I felt a little bad as I walked out with the cute and strange cactus, because in my hands it was bound to wither away.

Except that it didn’t.

It’s actually doing well and growing things that it’s supposed to grow! Since I (somehow) did so well I decided to get another cactus. And let’s hope this green thumb thing isn’t a fluke, because I went to the store to get one cactus and came out with all of this… 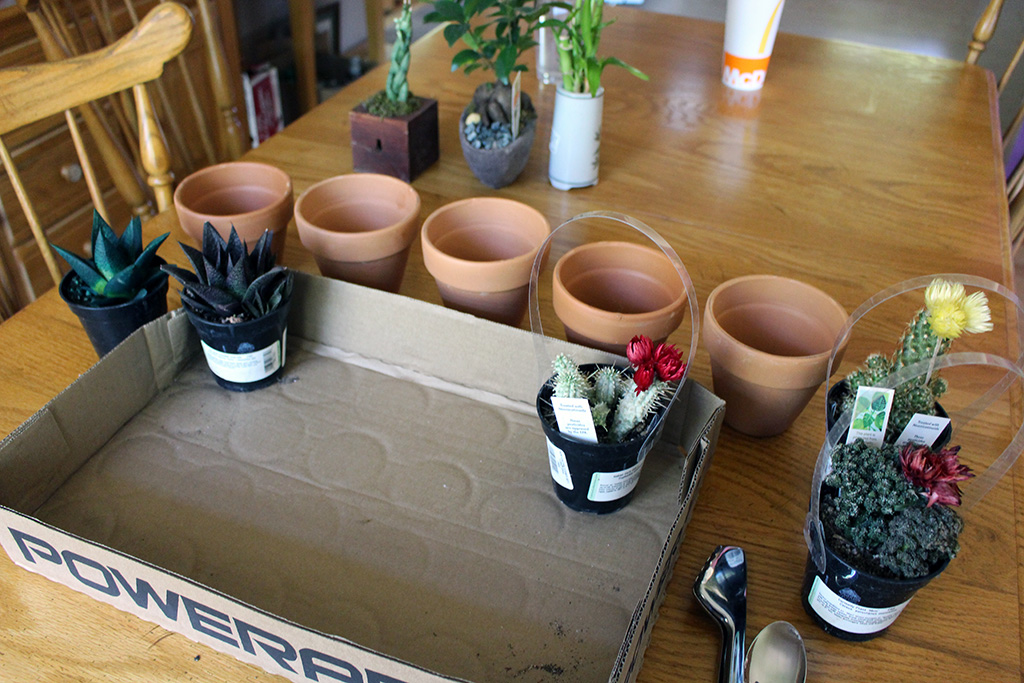 Before my mouse-like cactus, I had one other cactus that didn’t survive. I think one of the problems that I had with the first one is that I procrastinated transferring it to a new pot and… I never did. So the day I brought these guys home I knew I wanted to move them to new pots right away. 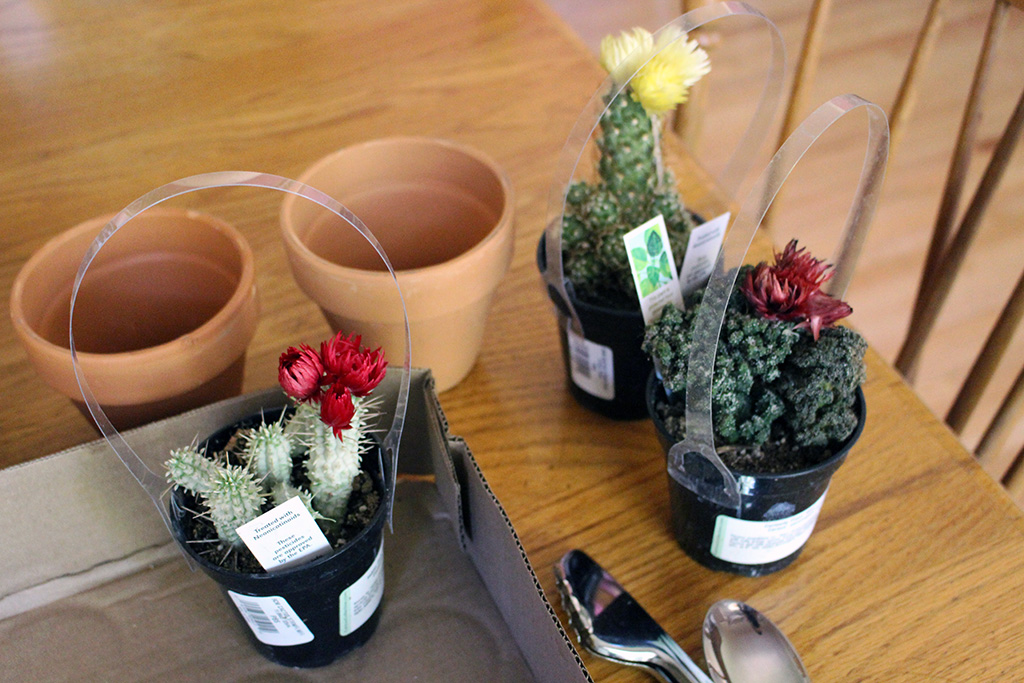 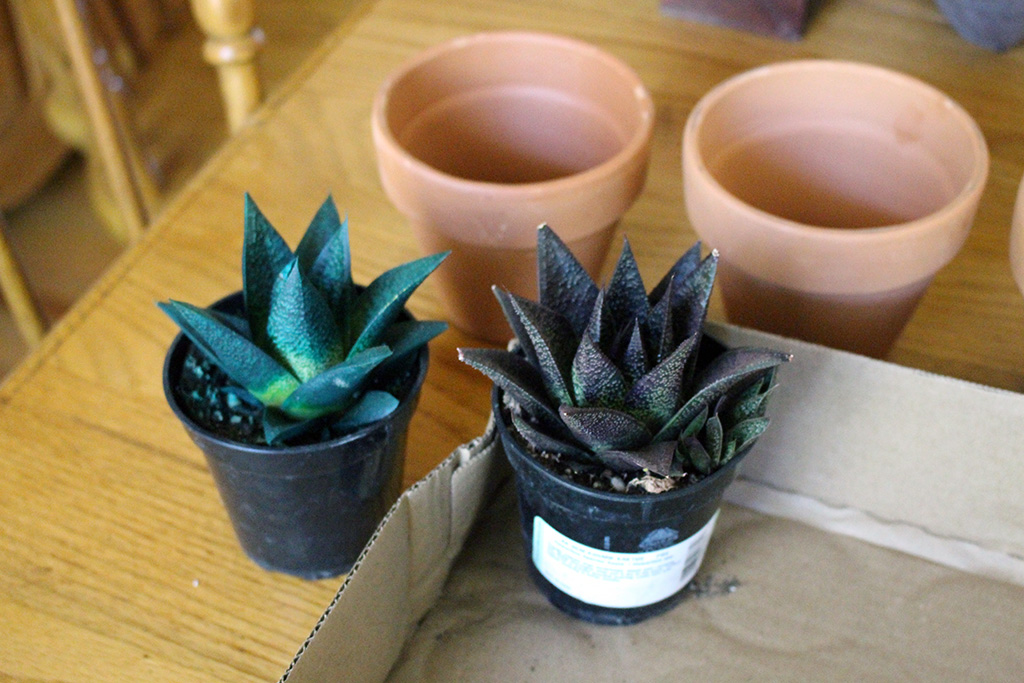 I know that these guys aren’t cacti (right?), but I just keep talking about my new cacti because… I don’t actually know what they are. #plantowneroftheyear 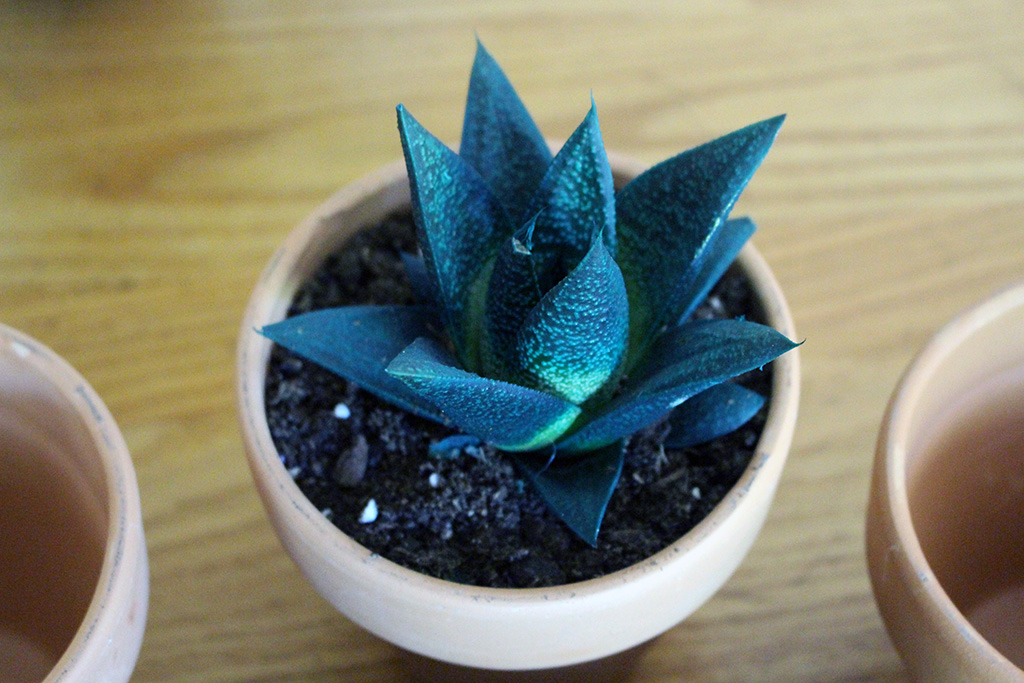 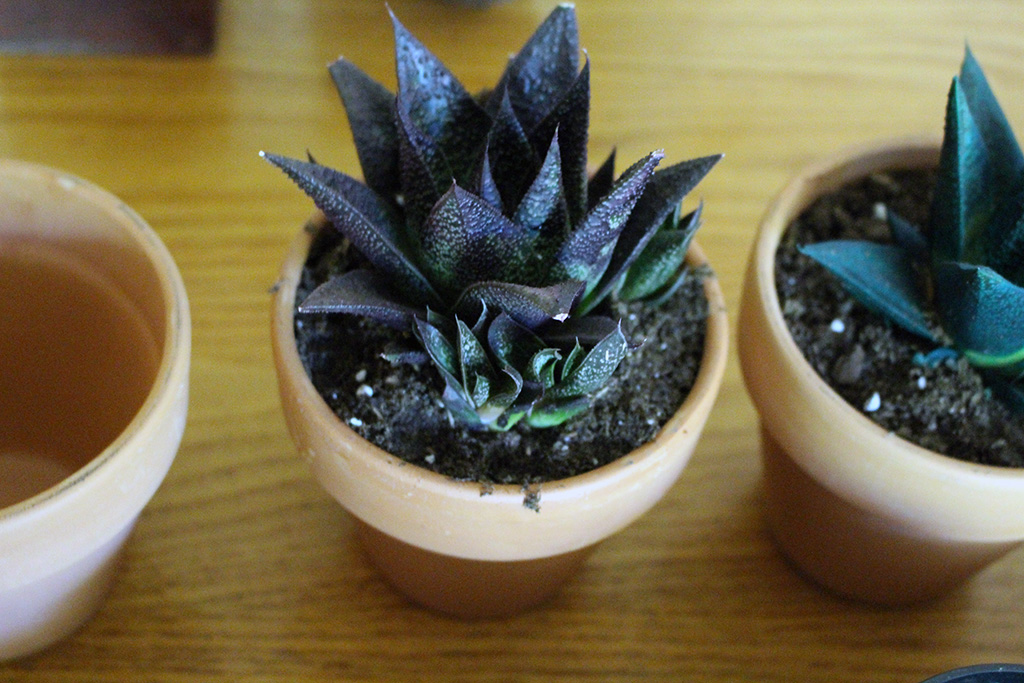 While I was working, a little someone came over to hang out. 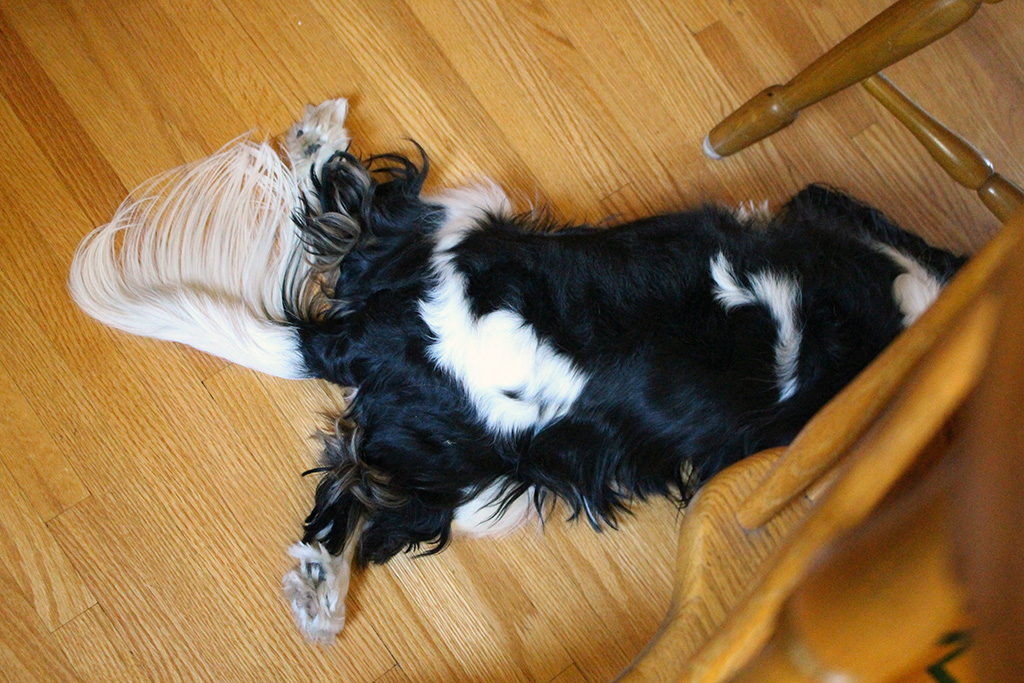 Actually, a few little someone’s joined me. My niece and nephew came over to hang out for awhile and arrived as I worked on repotting my cacti. (I say “little someone’s” like they’re still… little. But my niece is officially taller than me and my nephew isn’t that far behind. I know. *sobs*) My nephew was really into what I was doing and it was fun to have him hanging out, asking questions like, “Why did you get all these plants?”

I don’t know, but it’s a very good question. I’m asking myself that too. 🙂

Did you notice the other plants in the first photo I posted? The bonsai tree, bamboo and other twisted stick thing? (Yup, still #plantowneroftheyear!)

Well, that bamboo needed a new home because it kept falling over in the tiny little jar they had it in. My nephew was interested in having some bamboo of his own, so I gave him some. And then my niece joined in. 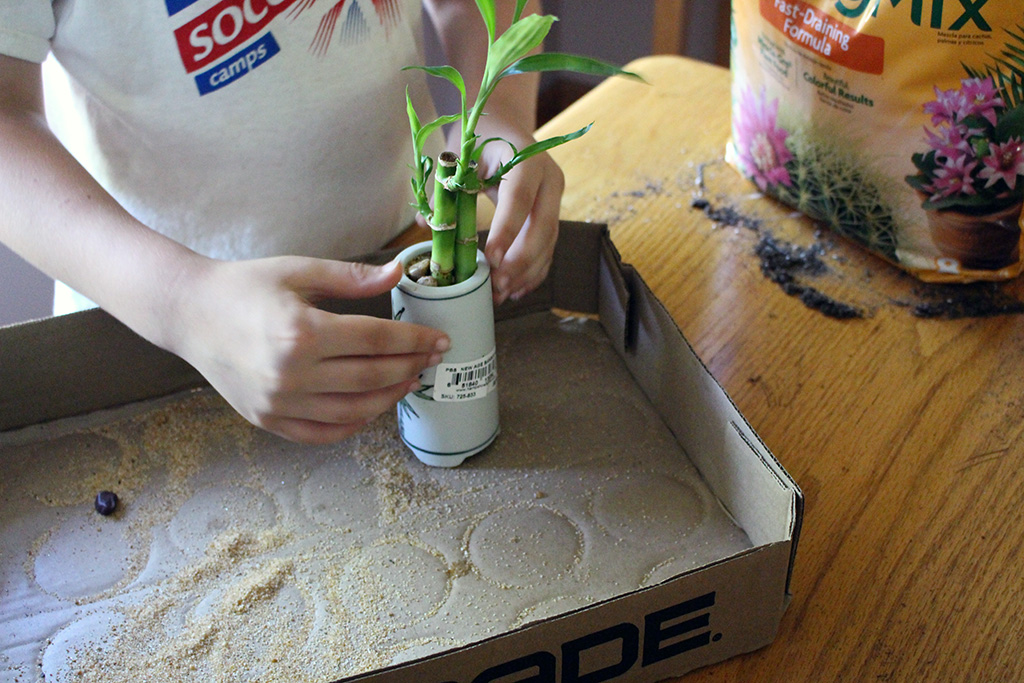 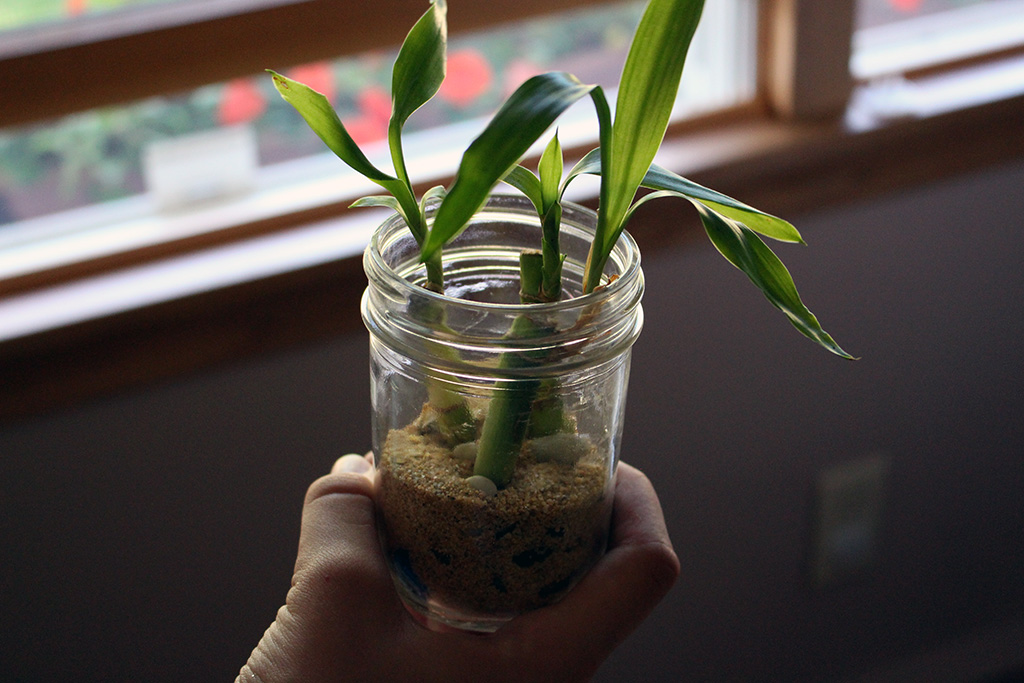 It was such a fun, impromptu activity to do with them and I’m excited to see the bamboo in their house the next time I visit them.

They were also intrigued by the bonsai tree, so I showed them some photos that I took of an exhibit at a conservatory. I’ll be sharing some of those photos on the blog soon!

So, friends, I’m probably going to need some help. I’m not sure one of the cacti is at it’s prime right now and then it had a little accident. I was trying to give it some sunlight and when I opened my blinds it detached from the wall, fell and knocked over my poor, little cactus. (True story. Of all the cacti it could have hit, it knocked over the one I’m most unsure about.) And… well, as I drove home with my plethora of plants I started to worry that my cute little mouse-like cactus doing so well is actually a fluke and I’ll suddenly fail with all of these.

So, do any of you have cacti and do you have any tips for me? I’ll take all that I can get!

[Tweet “Introducing… my new plants! Anyone have tips for a plant newbie? #plantlife #plantlove”] 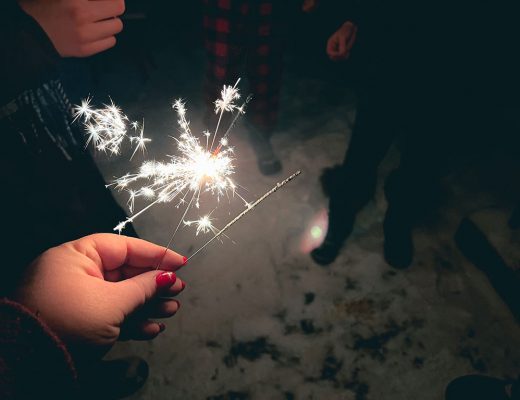 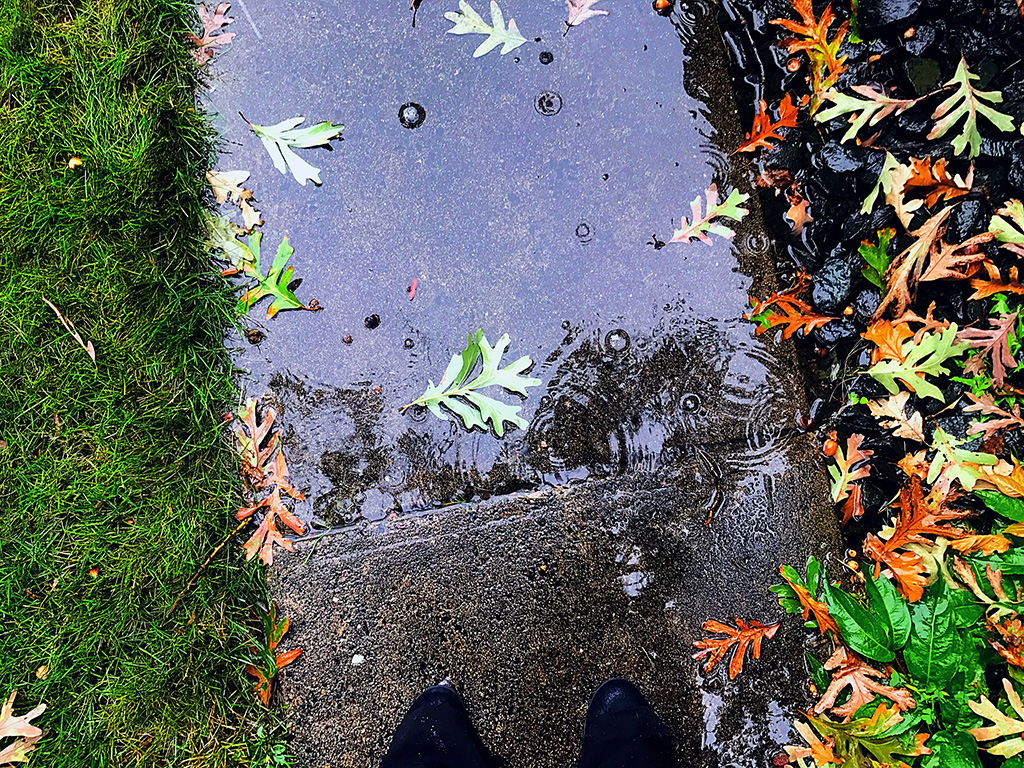 Things I’ve Been Grateful for in September