The Perfect Itinerary for Your Two Day Visit to Ottawa

You only have two full days to spend in Ottawa? No problem! I have the perfect two day itinerary for you. You’ll see the city, learn the history and fall in love! Believe me. I went, felt all the heart eye emojis, and returned half a year later.

First, let’s start with a little story: when I flew to Ottawa last fall, I flew in on a Thursday. I traveled by myself, so when my flight was overbooked I agreed to take a later flight for credit for a future flight (which I put toward my second trip to Ottawa in May). I was originally supposed to fly through Toronto, but was rebooked to fly through Newark. They were able to pull my bag off the first flight and sent it to Newark… but didn’t tag it to get to Ottawa.

I had the hardest time getting out of the airport once I arrived in Ottawa. Youngish female, traveling solo, with no bags. That customs agent grilled me like there was no tomorrow. She wanted to see proof that I had a place to stay, so she checked the confirmation email on my phone, then opened up my text messages and read through them, asking who people were. It got to the point where I was a little uncomfortable and wanted to say, “Either kick me out, or arrest me, or let me through.”

One thing she appeared to be astounded by was the fact that I didn’t have an itinerary prepared and written down in a notebook. So you better believe, when I returned in May I had a detailed itinerary. The thing is, last fall I was so happy I didn’t have one. I knew what I had to see, and what else I wanted to see if I had time, but it was my first solo travel experience and I didn’t want to feel restricted to an itinerary I had prepared before I left.

And I’m so, so glad I went with the flow. After I left the airport I checked into my hostel and went out to find dinner. When I returned there were two women were sitting in the common room. One of them was watching the news, but the other started talking to me. She had visited Ottawa quite a few times and told me what she would do if she had only two days in the city, all of which were things that topped my priority list of things to see. So, here’s what I did. 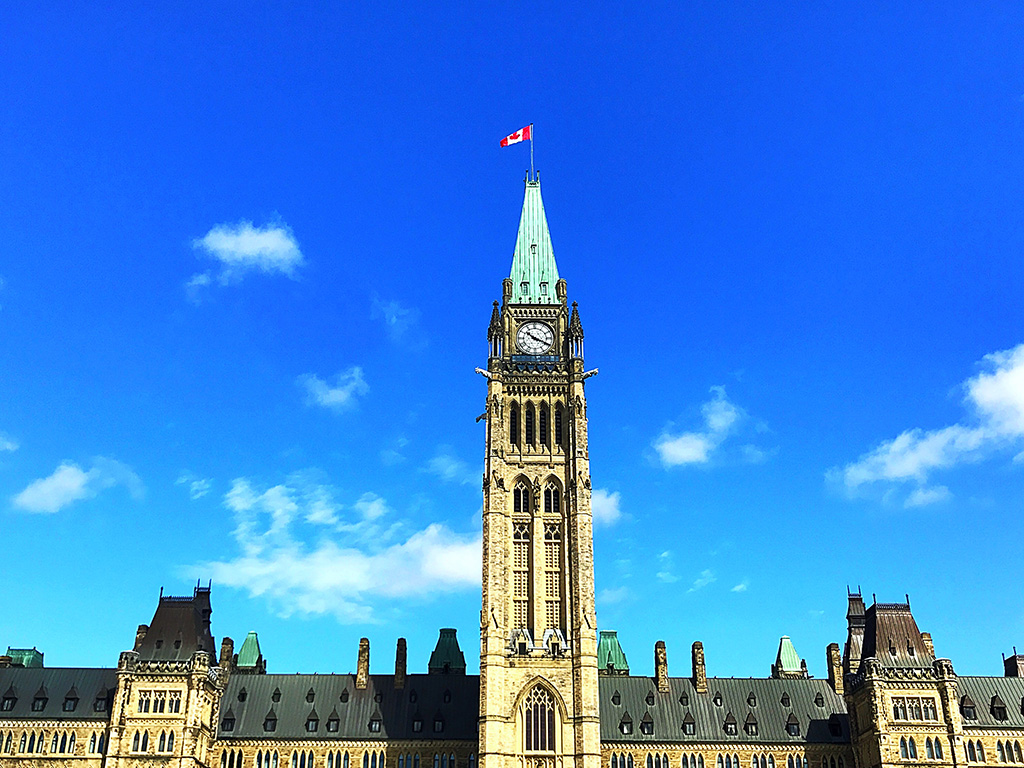 Parliament Hill. This might be outdated as soon as 2018 rolls around as I heard from multiple people that Parliament Hill will close for renovations. I believe it’s just going to be the Center Block, so maybe you’ll be able to tour the East Block. Tours are free, but you have to go to the ticket office (right across the street from The Hill) the day of to get your ticket. The ticket office opens at 9am and I highly recommend you get there as early as possible. On a Friday in October I got to the ticket office at 9:15, walked in and got the last ticket for the 9:45 tour. On a Friday in May I got to the ticket office at 9:15 and almost didn’t get tickets for a tour. This is another reason I’d recommend going on the first day; if you don’t get tickets you can try again the next day. I loved starting my tour of Ottawa with The Hill, because I got to tour this gorgeous building and learn more about how the government operates. (If you’d like to see some photos, be sure to check out my post dedicated to Parliament Hill.)

Bytown Museum. Just a short walk over from Parliament Hill to the Rideau Canal, you’ll find this cute little museum. You’ll be able to tour the entire museum in just a few hours and it’s totally worth it to learn the history behind Bytown, which eventually became Ottawa. 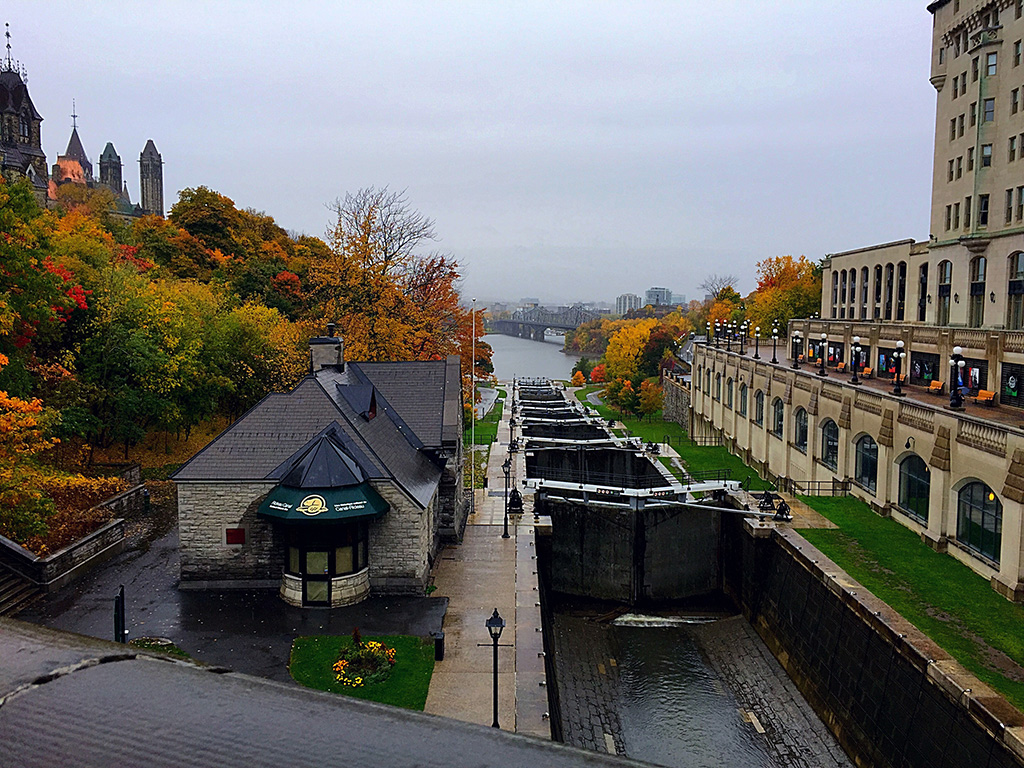 Rideau Canal. While you’re over there, walk along the Rideau Canal. There are some benches where you can stop to take a break and sit for awhile, if you’re so inclined. (Also, if you’re interested, you can walk across the locks.) 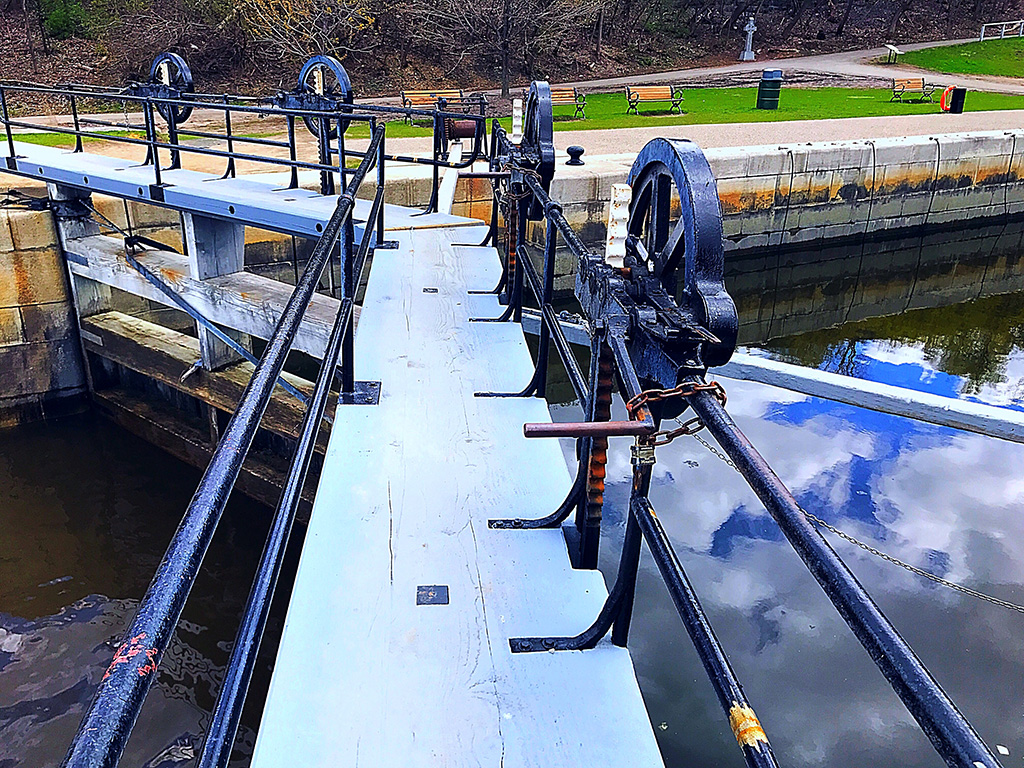 From here you can walk over to the ByWard Market to grab a meal if you’d like or go find a museum (I was told the Mint Museum is great and had an interest in the National Gallery of Canada, but there are a lot of great museums to check out) or you can find some of the monuments and memorials that are placed around the city. (I wrote more about some of those in What to See and Do in Ottawa.)

Haunted Walk of Ottawa. I ended the day with an impromptu trip to a writing conference that was taking place in Ottawa to see an author I like speak, but I originally had plans to go on one of the Haunted Walks of Ottawa. I’d recommend that you go on The Original Haunted Walk of Ottawa the same day you do another tour, so for your first night you should take a look at the Ghosts and the Gallows or The Crime and Punishment Jail Tour. If you’d like to follow the story of Patrick Whelan, who was executed for the assassination of Thomas D’Arcy McGee (who you will have learned about at the Bytown Museum), Ghosts and the Gallows is your tour. This one also has a bit of a spooky twist to it. If you’d like a general history of the jail with no ghosts (you’ll also be able to learn a bit about Whelan on this tour), The Crime and Punishment Jail Tour is for you.

Ottawa Walking Tour. I’m usually not one for guided tours, especially if you’re stuck on a bus for the entire tour. I like to explore on a city on foot, so I decided to give the Ottawa Walking Tour a shot and I absolutely loved it! You’ll learn more about the Canadian government, how the city was settled and how that impacted the architecture, and more about the history behind the building of the Rideau Canal. I walked away with a lot of information and I was able to pass it all on to my mom when we returned in May. I highly recommend it. 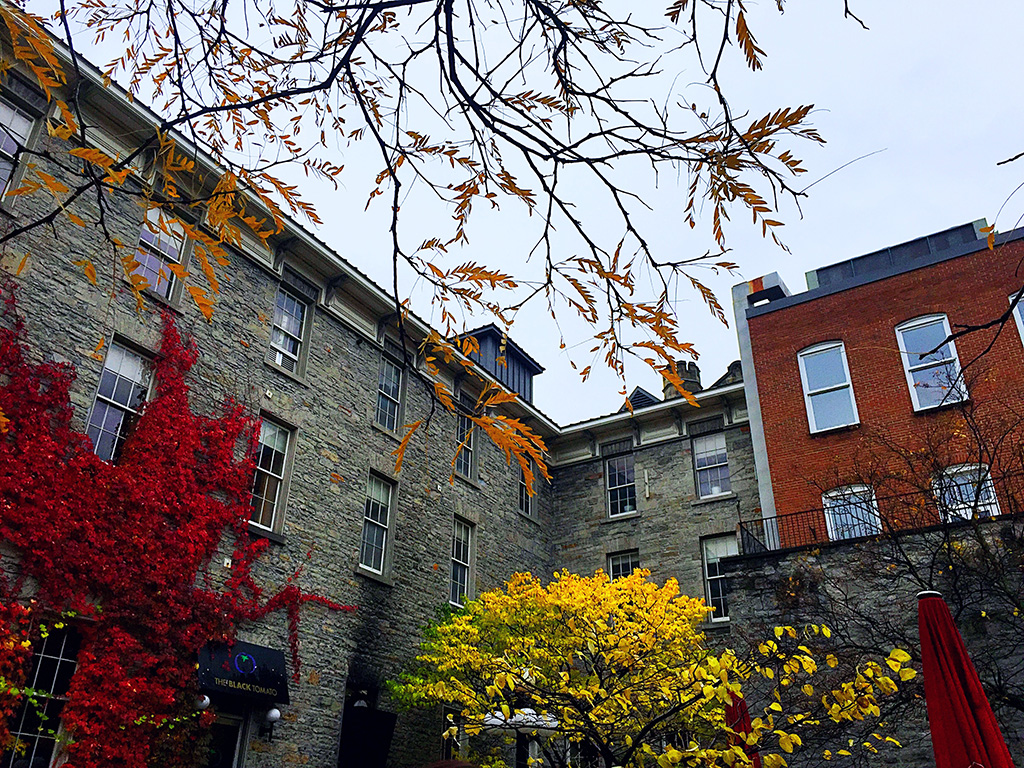 ByWard Market. The tour ends in the ByWard Market (and he gives you a piece of maple candy, which was 👌🏼), so take some time to explore the restaurants and the shops. I had a lot of fun in this area and found a nice, cheap place to grab a meal.

Notre-Dame Cathedral. While you’re in the ByWard Market you’ll be close to the Notre-Dame Cathedral, so walk on over and head inside. Unfortunately there was a wedding the day I tried to go in October, but I was able to get inside in May and it is stunning! Definitely worth a look. 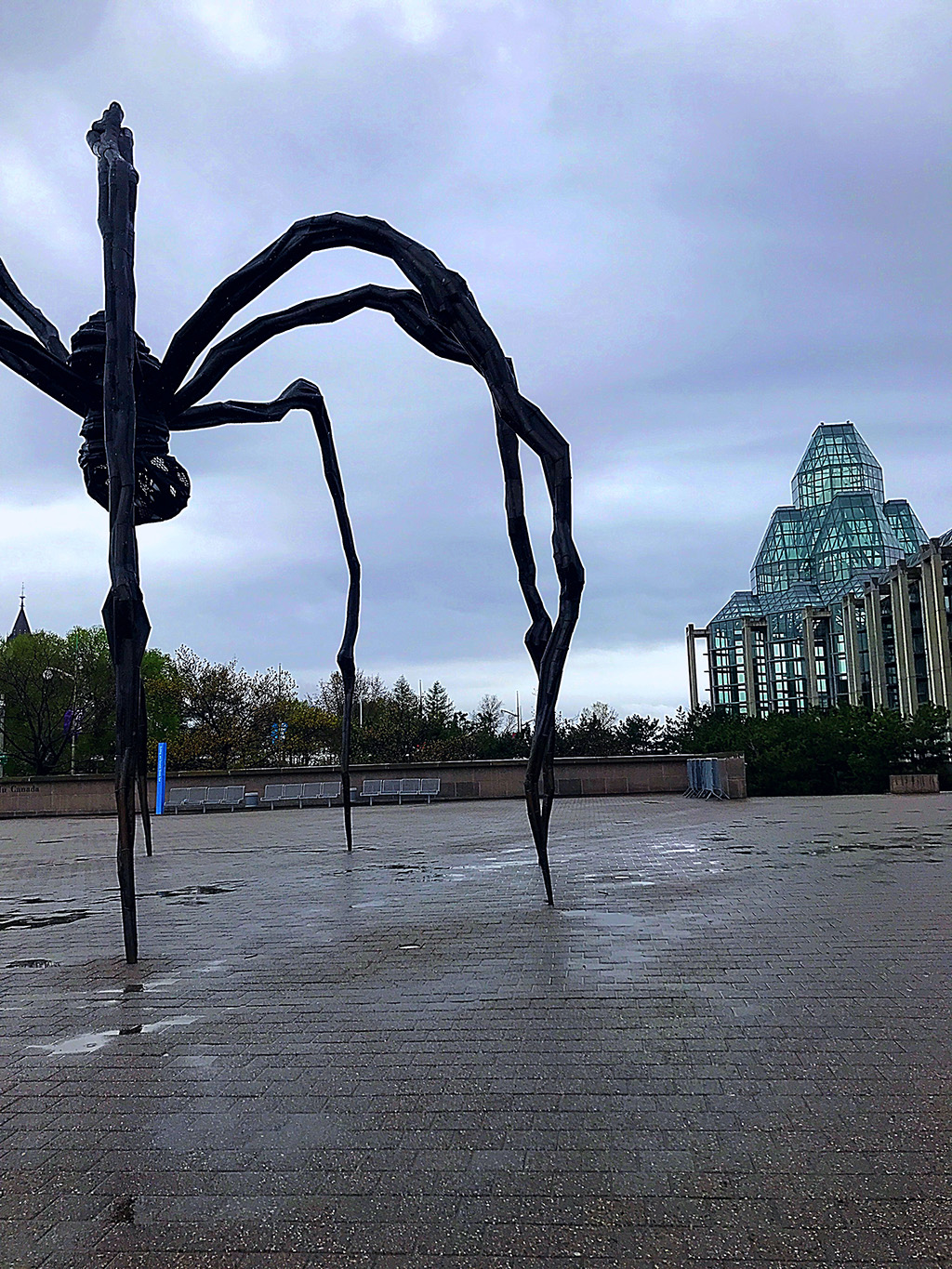 Maman. If you didn’t check out the art museum on Day 1, you might not have seen Maman yet. You might think I’m weird for saying I think this giant spider statue is beautiful, but… I think it’s beautiful, and the meaning behind it is too. (Find out more about it in What to See and Do in Ottawa.)

If you have some time, you can check out what museums are available, grab some dinner or just hang out. 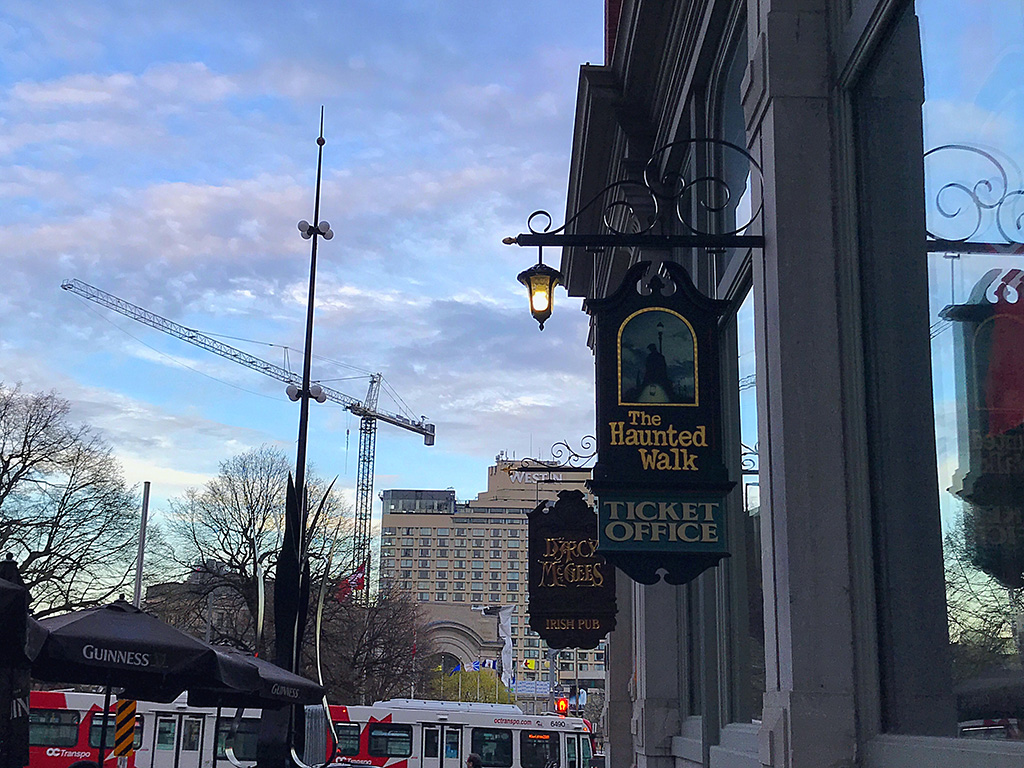 Haunted Walks of Ottawa. End your day with The Original Haunted Walk of Ottawa. I loved going on this tour the same day as the Ottawa Walking Tour, because it covers some of the same areas as the first tour, but you learn some new things about some of those same places, and they add a spooky twist.

[Tweet “See the city, learn the history and fall in love with Ottawa in two days!”]

And that’s it! See the city, learn the history and fall in love with Ottawa in two days. You’ll also have plenty of time to rest and relax if you’d like. A big thank you to the woman who helped me put together this itinerary and who shall remain nameless on the blog because we never actually exchanged names. It was the perfect way to spend two full days in Ottawa.

Have you been to Ottawa? What would you add to this itinerary?

PS – Back in October I stayed at the Barefoot Hostel, which is a female-only hostel that typically draws an older crowd — so it’s quieter and free of party animals. I spent about $35 a night for a bed, so it’s a little pricier than some hostels, but it’s still much cheaper than getting a hotel room. I only had one roommate each night, it was quiet and I was always comfortable when I was there. I’d recommend it if you’re looking for a cheap place to stay.

PPS – If you missed it (way back when), be sure to check out my first impressions of Ottawa. 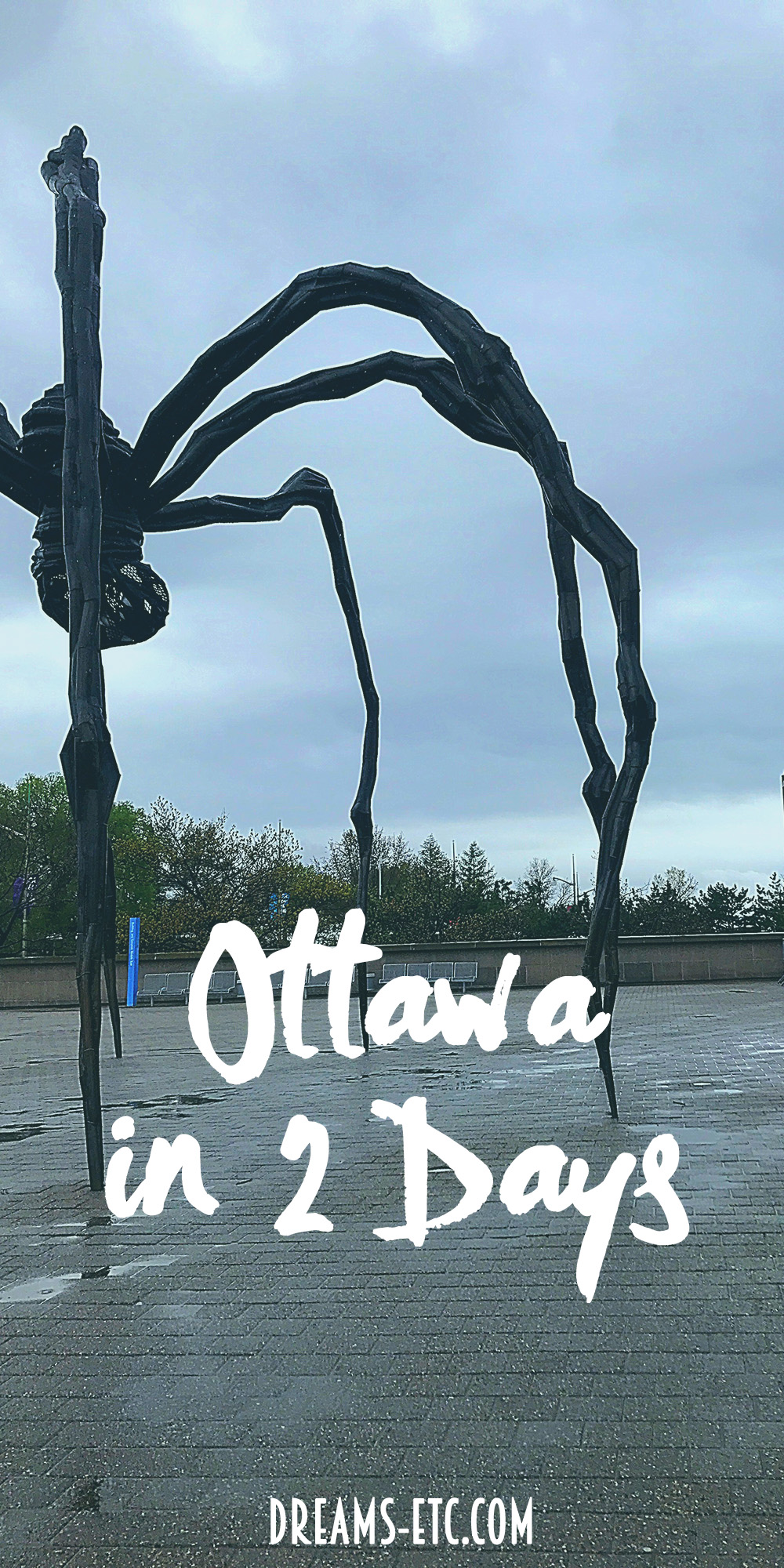 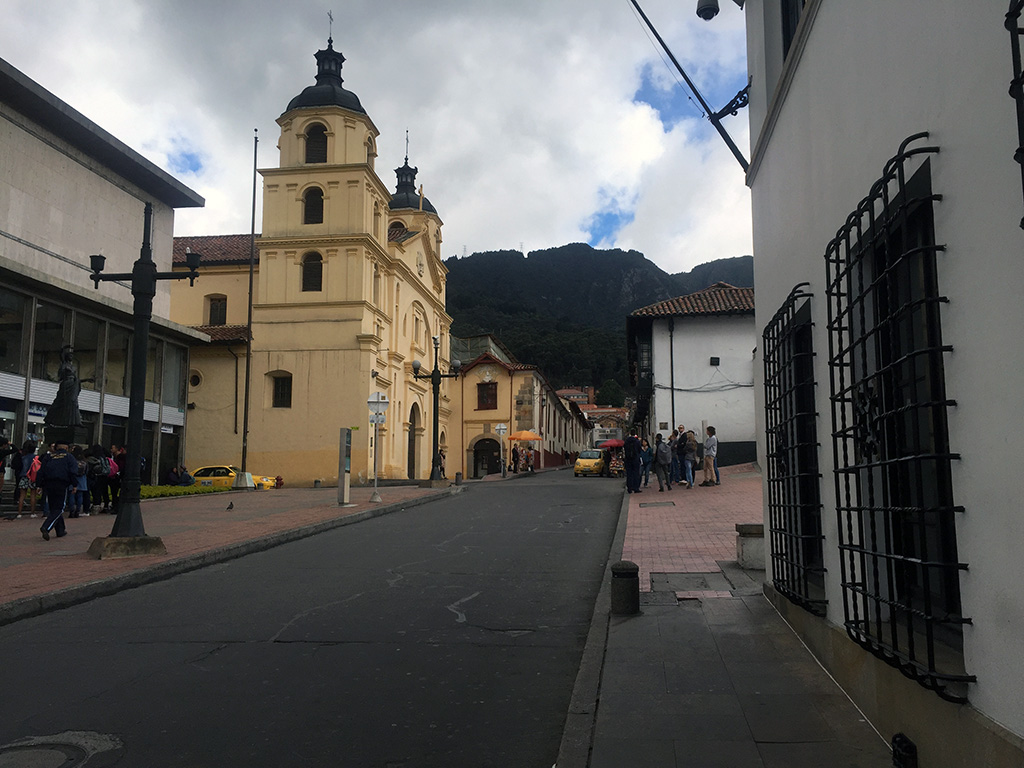 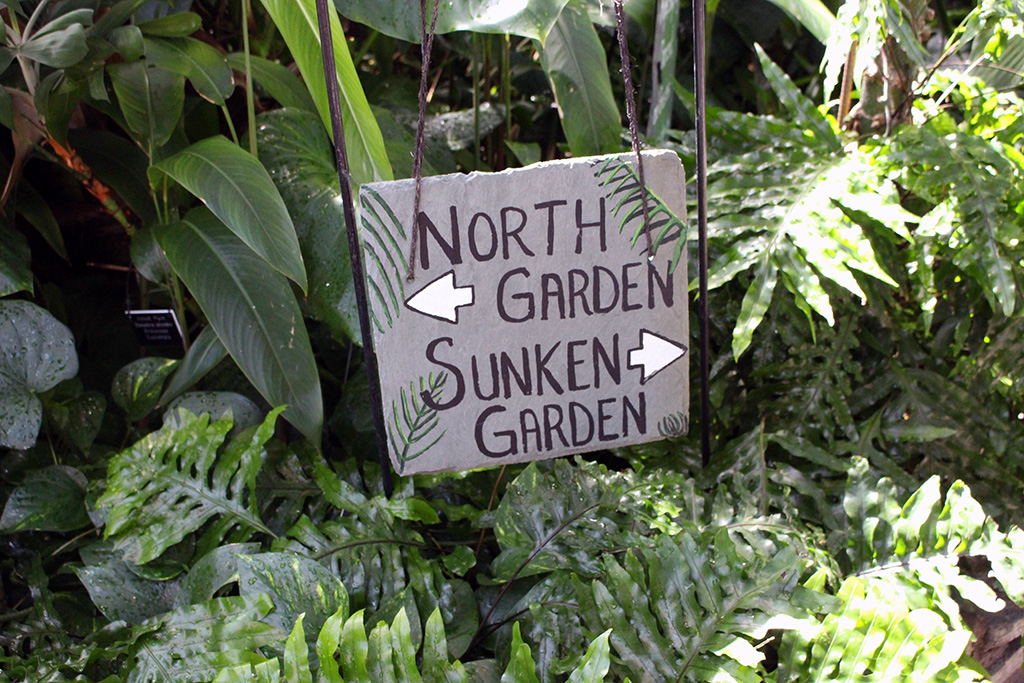 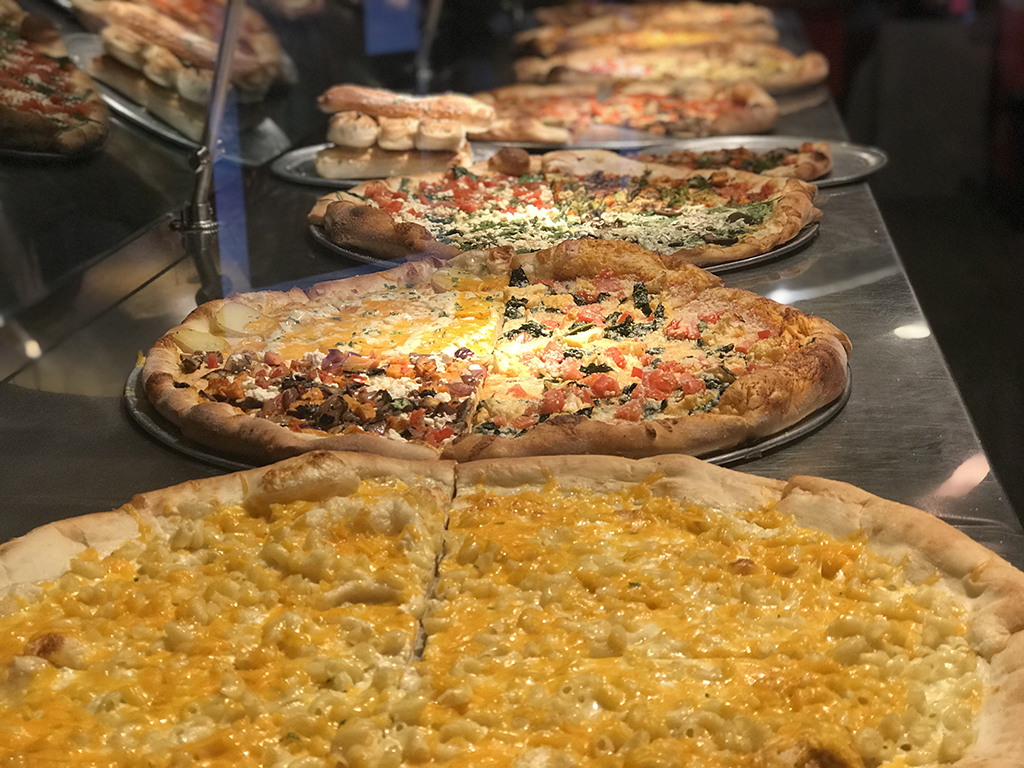 2 Restaurants Worth a Visit to Madison + a Vlog

Previous Post Books I Read from February through July & You Should Read Them If...
Next Post Essential Oils // A Day in the Life