All I needed to read is that Parliament Hill is a gothic-style building to know that it would be one of my first stops in Ottawa. Parliament Hill was about a fifteen-minute walk from my hostel, so I grabbed a cup of coffee first thing in the morning and made my way over. If you’d like to walk as much as possible, make sure you book accommodations that are within walking distance of Parliament Hill. Some of the museums will be a little far, but everything that I wanted to see in my two days in Ottawa were within walking distance. 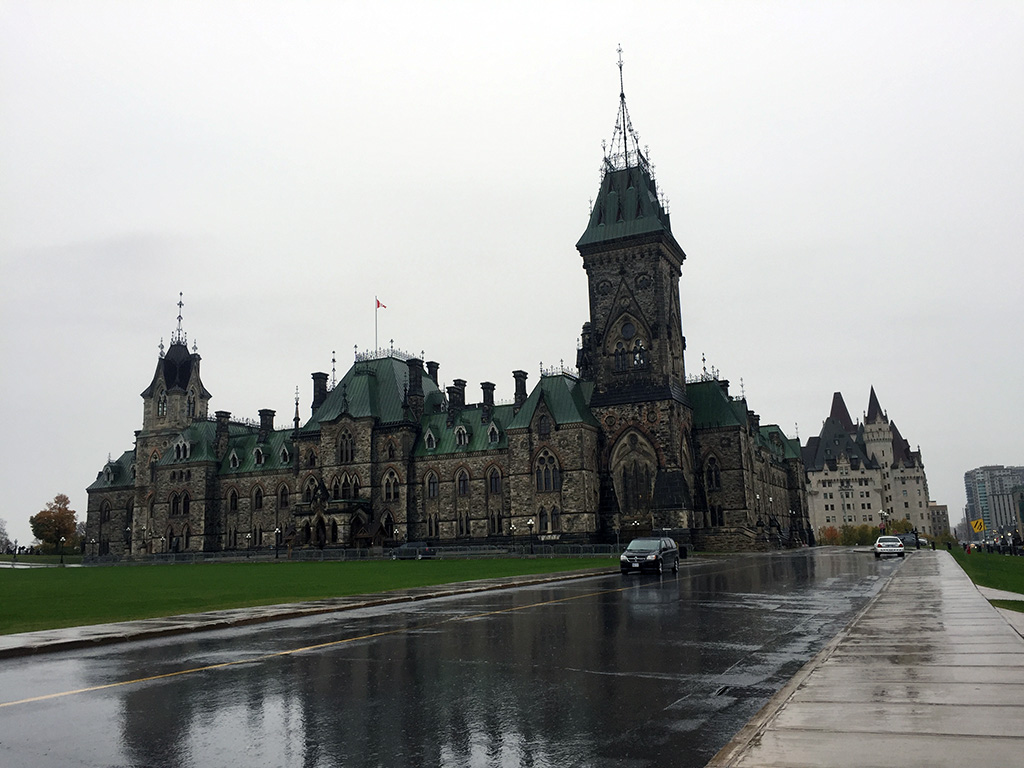 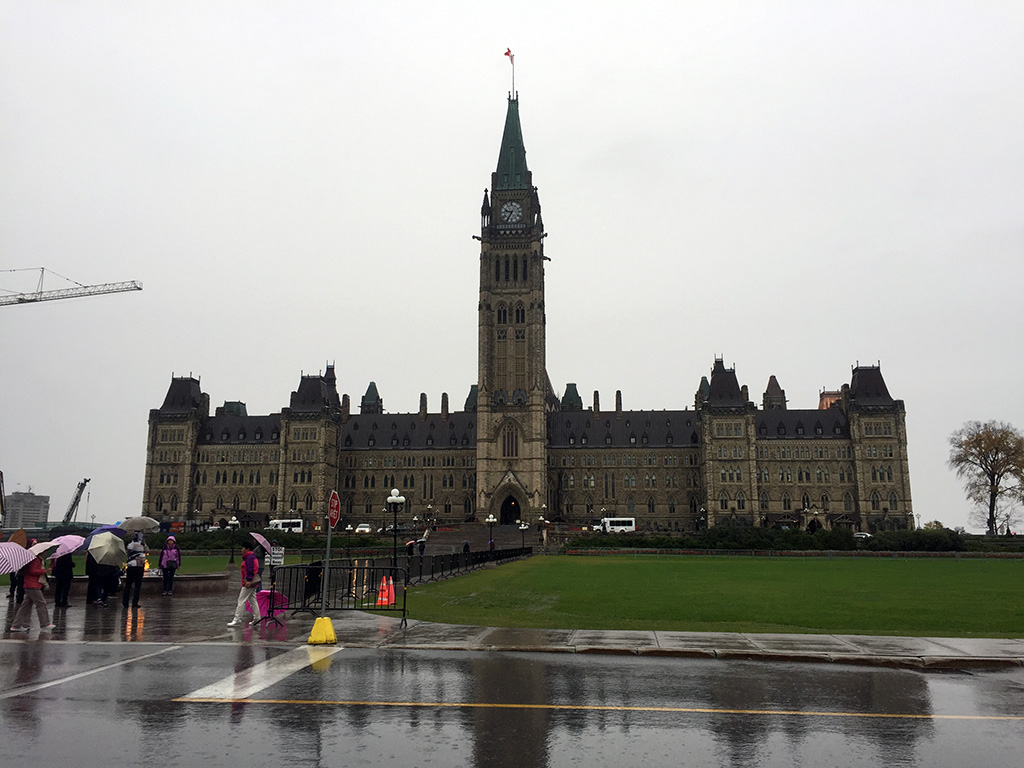 As I walked through the gates I wondered if it was actually okay to walk on the grounds. The answer: yes it is! As I learned the next day, the grounds of Parliament Hill are open for people to eat lunch, play games… There’s even a group that meets to do yoga when the weather is nice. There are some restrictions when it comes to protesting–but protests are allowed too. (And I saw protests each day I was there.) 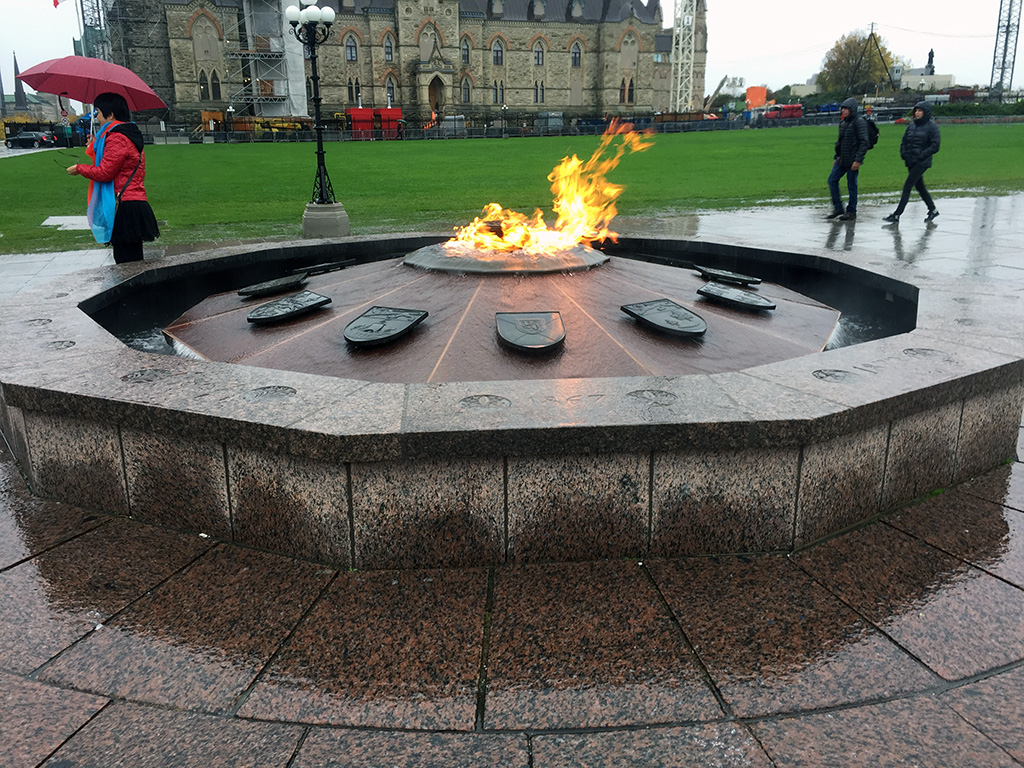 I loved the Centennial Flame, which represents the unity of Canada from sea to sea. The shields that surround the flame are the shields of all the provinces and territories. The flame is lit all the time, except for twice a year when it’s turned off for a week for cleaning.

[Tweet “Get your ticket for one of the FREE guided tours of Parliament Hill in Ottawa! #ottawa”] 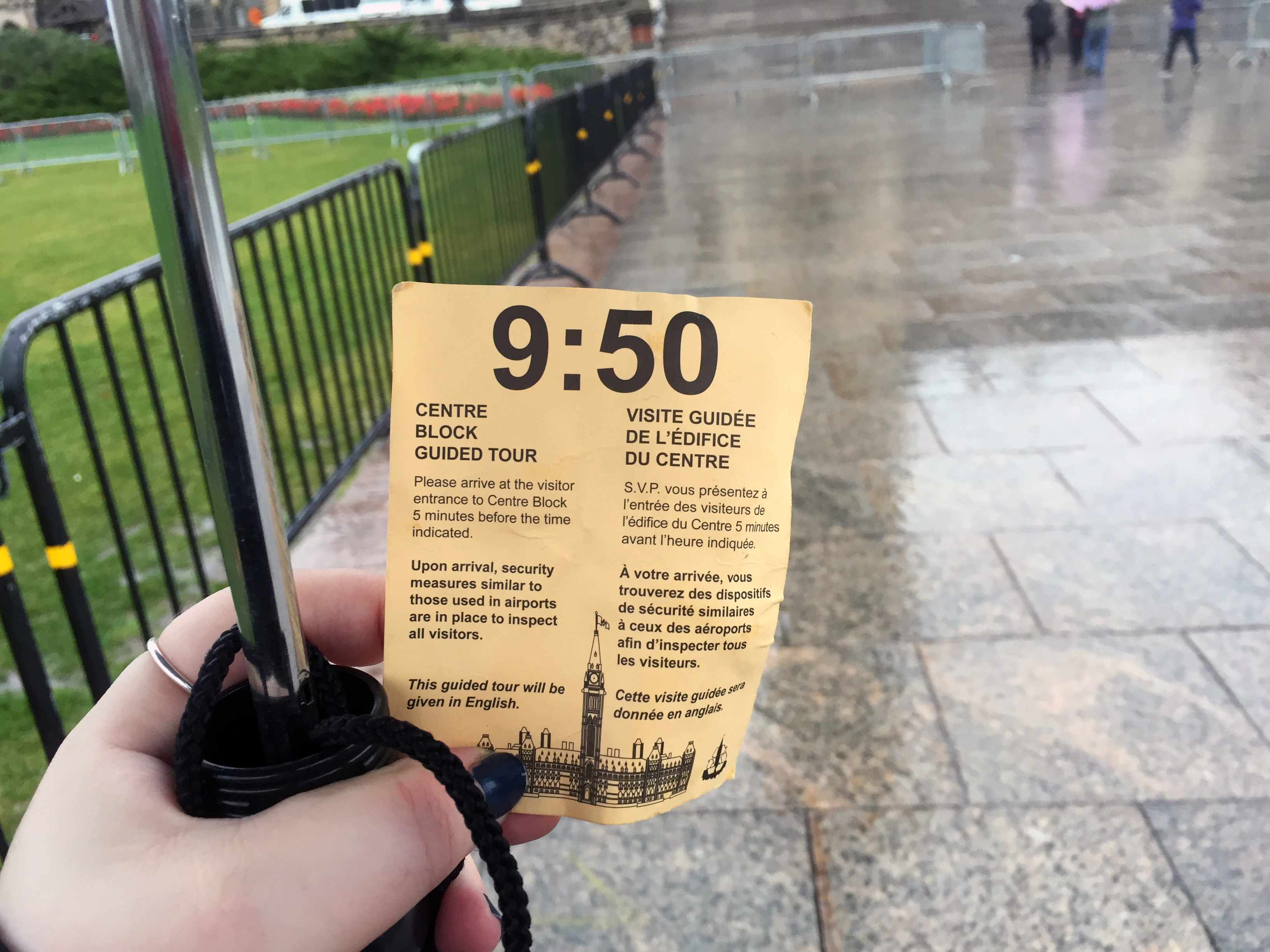 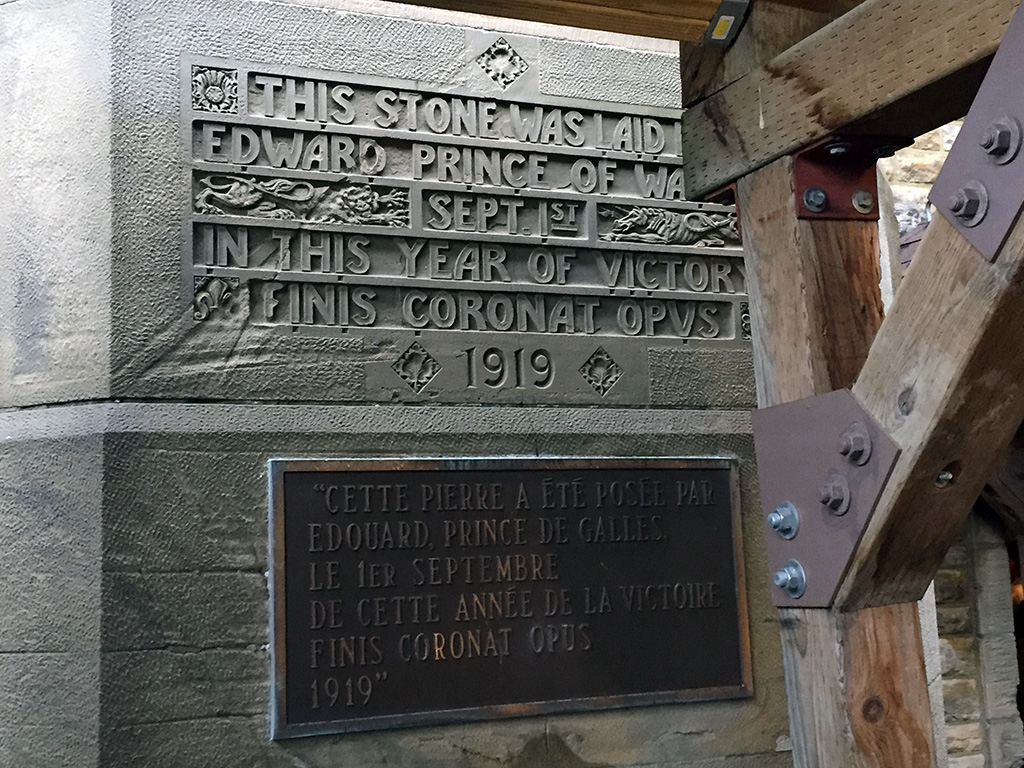 I was able to get a ticket for the next tour so I made my way back to Parliament Hill to get in the security line. I thought it would take awhile to get through, but it was very efficient and before long I was in the building, ready to start my tour. I went on a day that parliament was in session, so there were times we were asked to be quiet as we walked through the halls and we weren’t able to see as much as you can if you go on a day when they’re not in session.

Guided tours aren’t always my favorite thing to do, but I knew I wanted to get into the building and our tour guide made it so much fun! She loves mysteries, so she pointed out the “mysteries” of Parliament Hill and it was such a cool and interactive way to see the building.

Here are some photos that I took during our tour. 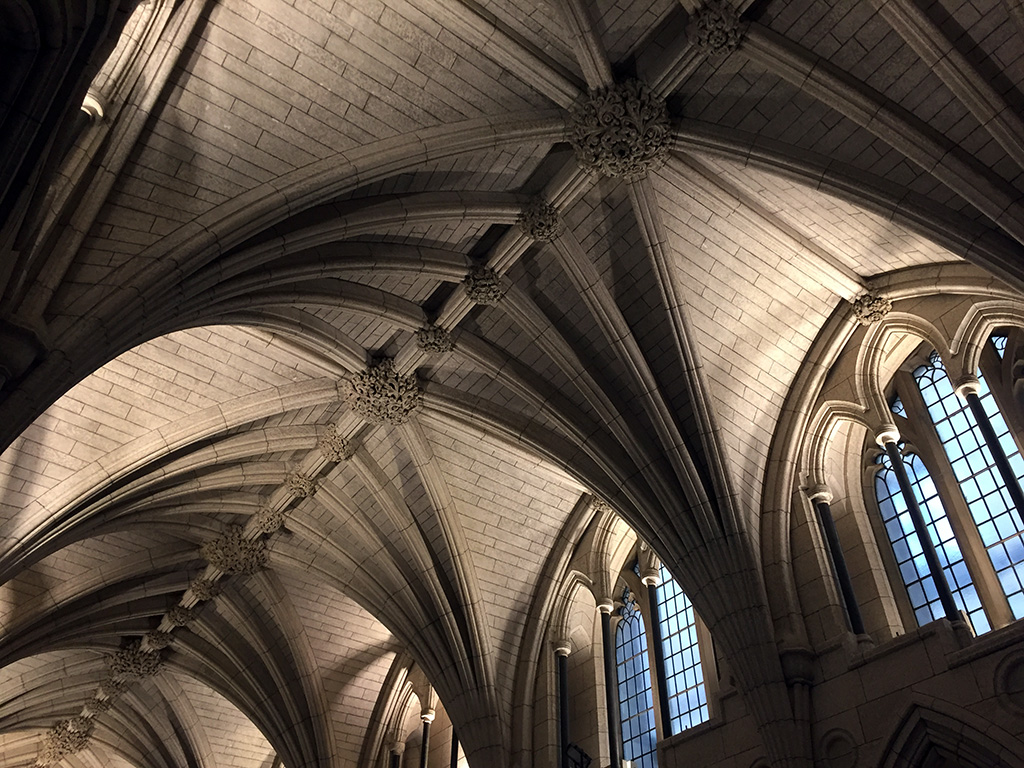 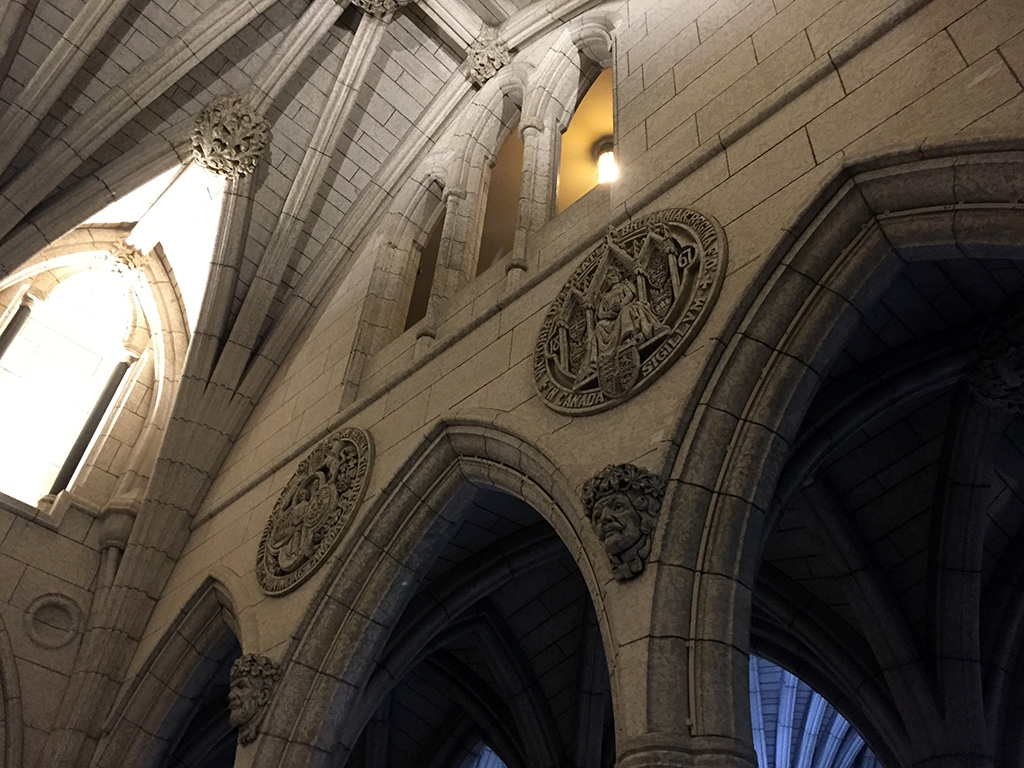 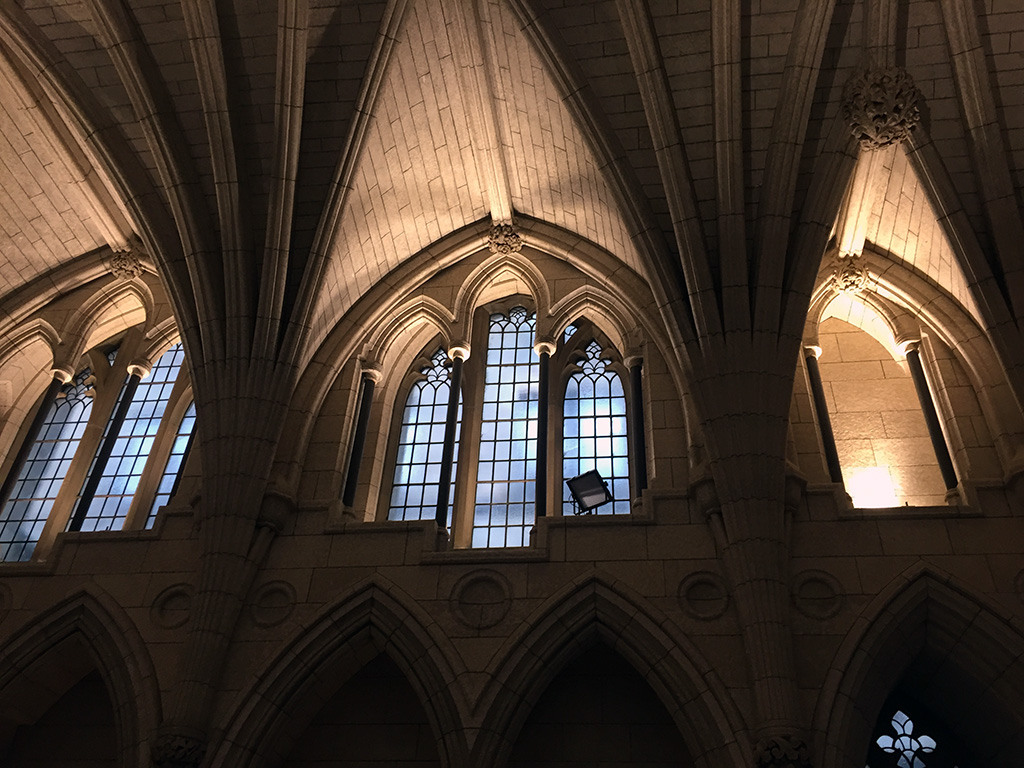 The building was stunning and I just stood there snapping photos whenever we stopped for the tour guide to talk or wait for another tour group to pass. Look at the library! 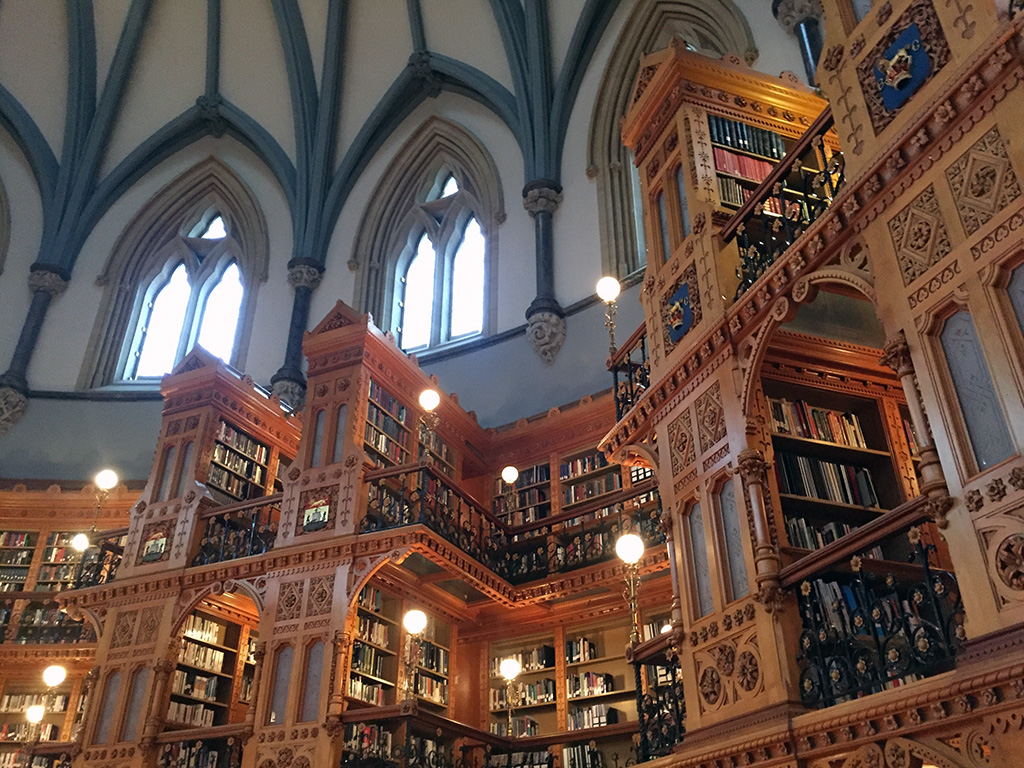 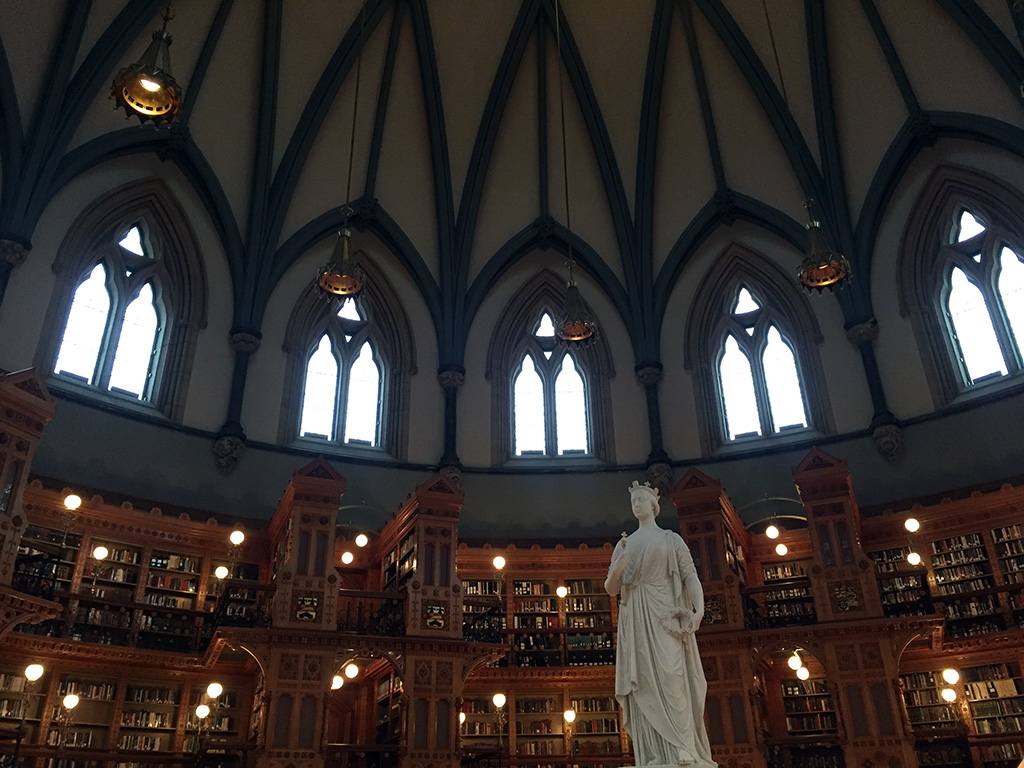 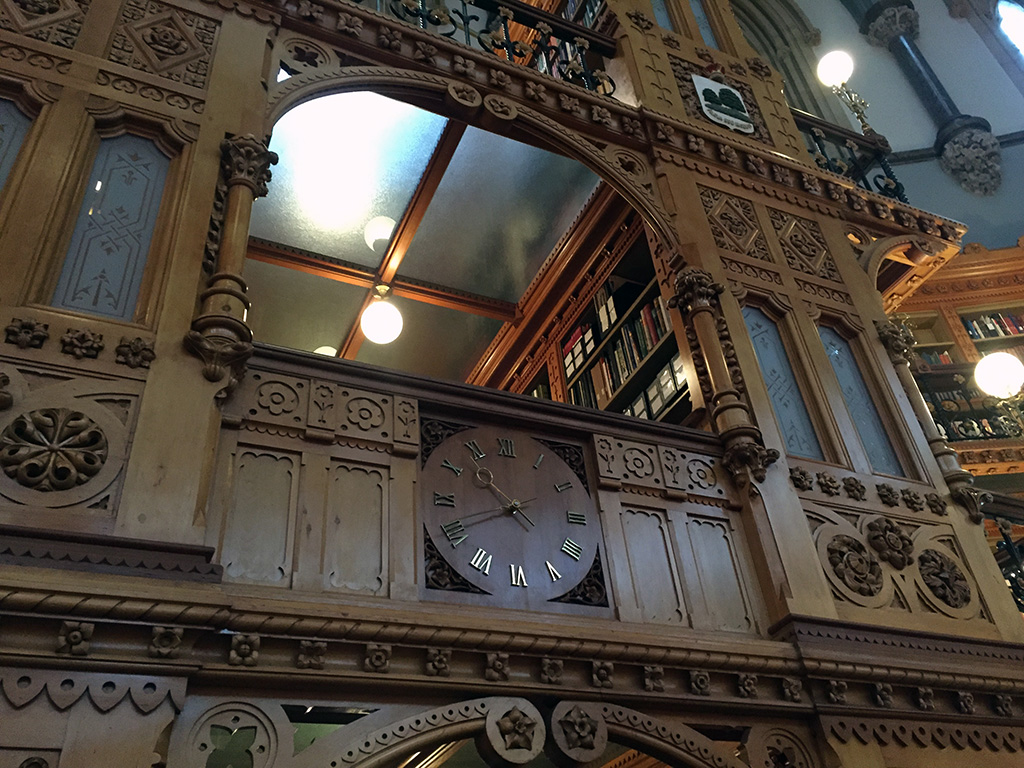 I loved the all the little details! In the photos below you can see little faces on the walls. I believe our tour guide said they’re supposed to represent vikings, but one of the faces has glasses. It turns out, some of the people working on the building used their faces as inspiration! 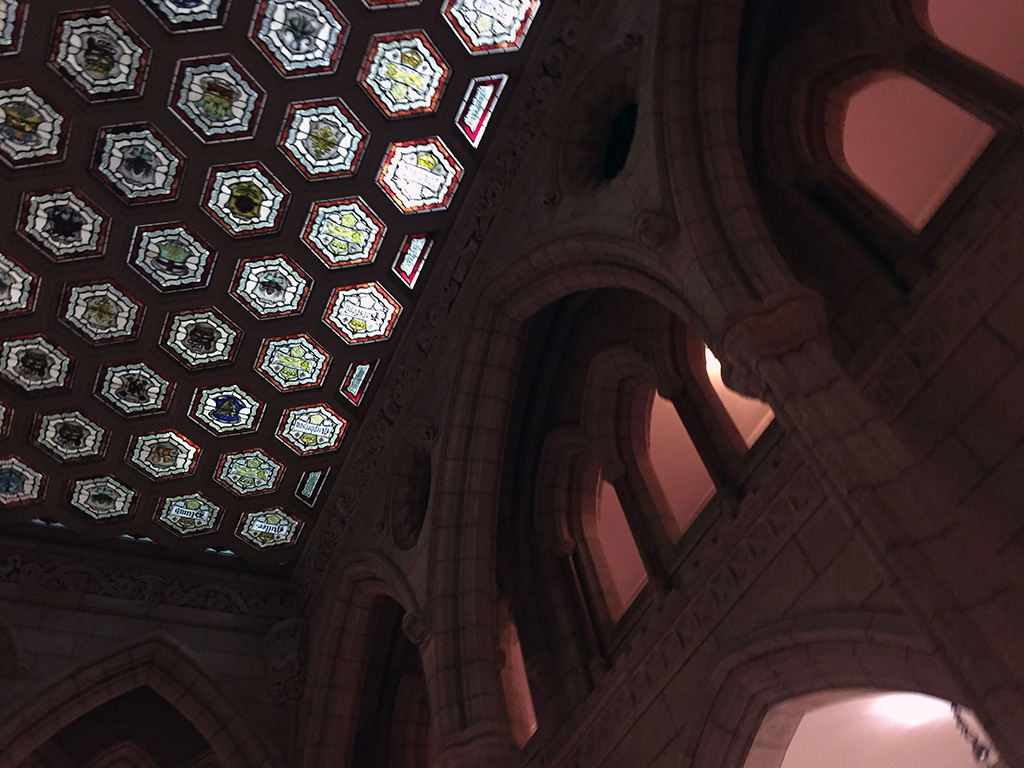 I always think it’s neat to see where a government conducts business. 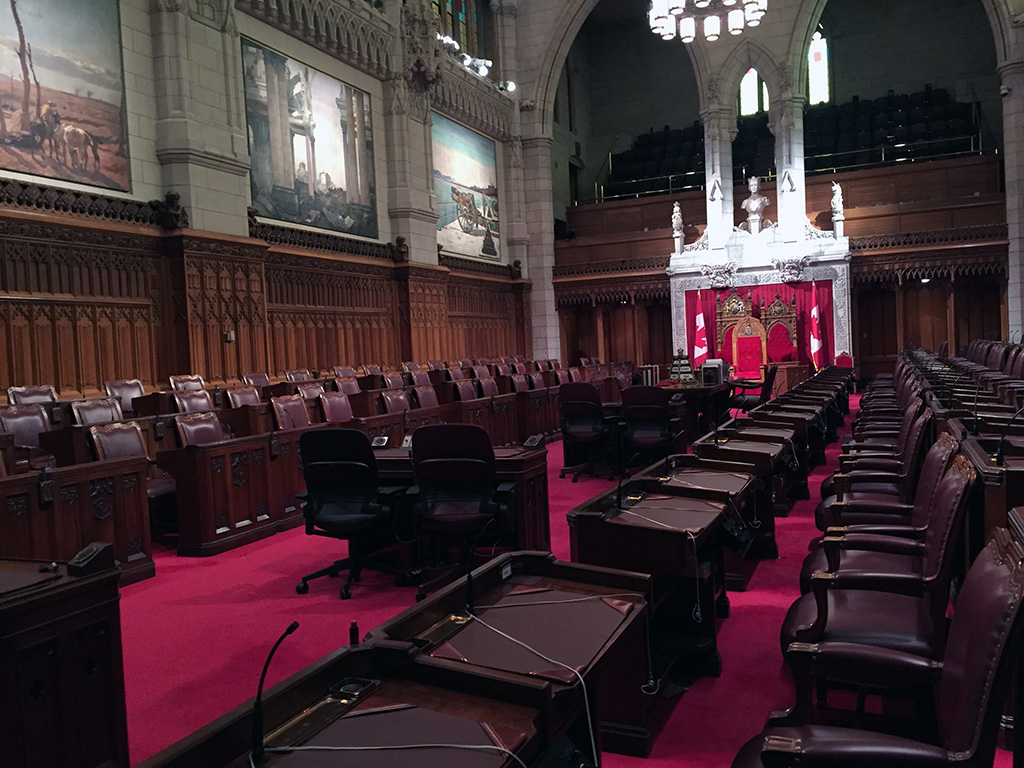 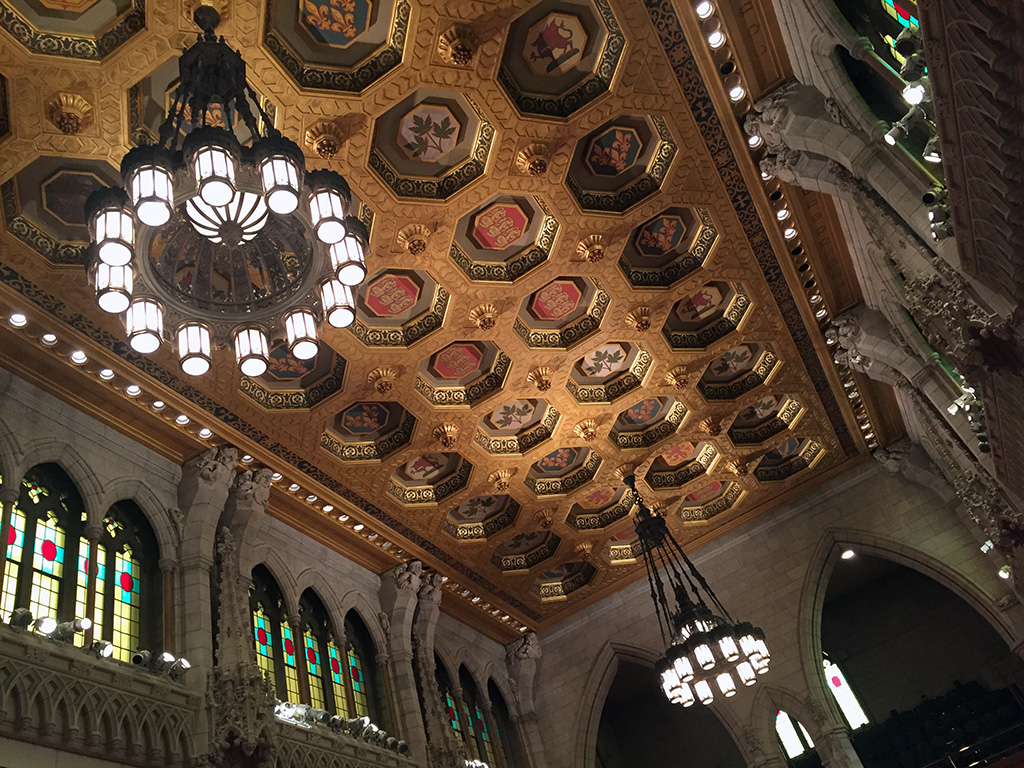 After the tour was over our tour guide told us what we else we could do and see in Parliament Hill. I wanted to go up to the Peace Tower, which was named in honor of the Canadians who sacrificed their lives during WWI. You take an elevator to get up and, even though it was a rainy day, I still enjoyed the view! As a rain-lover, I totally think the rain added to the photo. 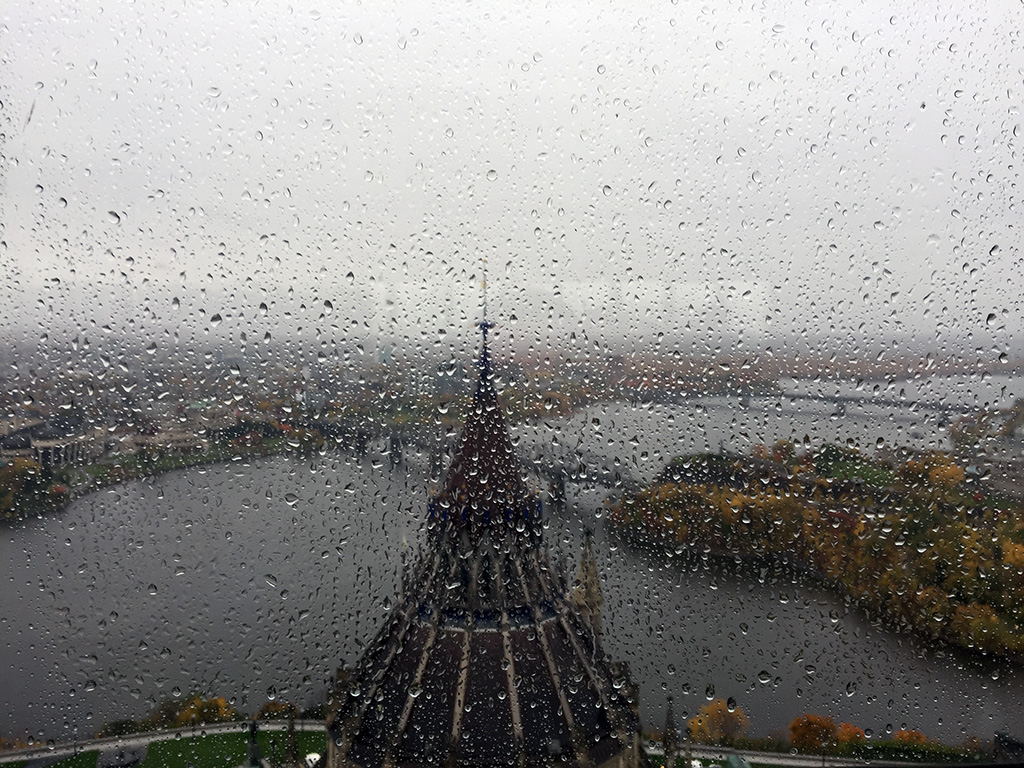 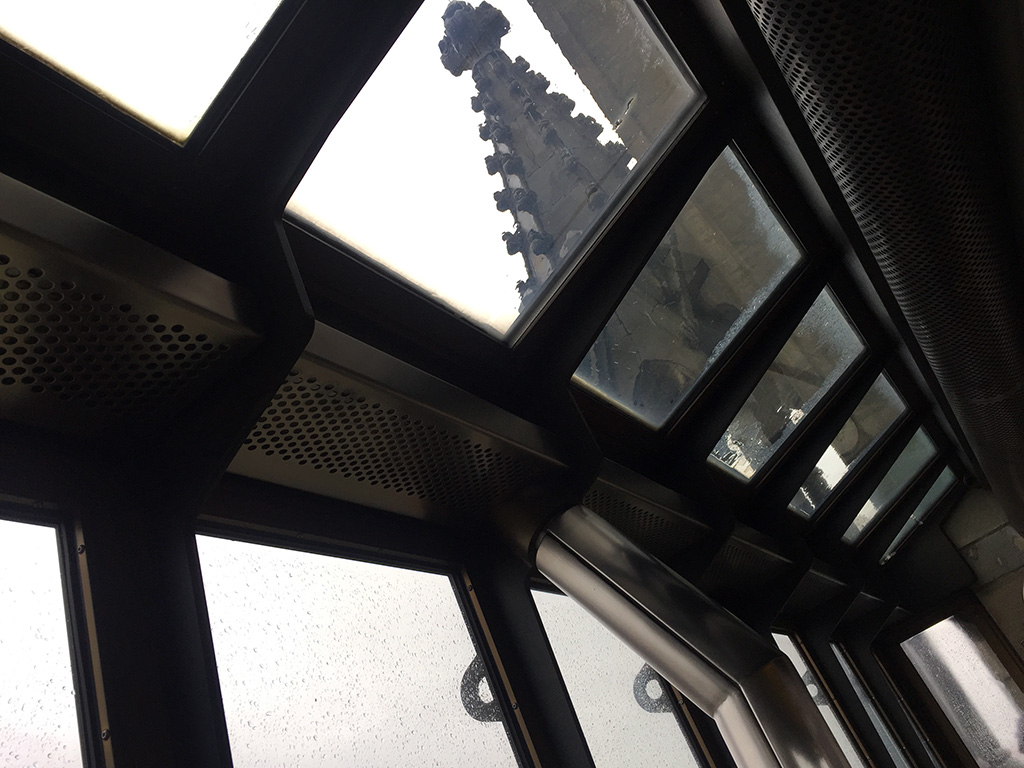 A tour of Parliament Hill is so worthwhile! The tour guides provide so much information about the history of the building (like the fire in 1916), as well as information about the government and how it works. If you have a chance, you might want to go soon! There’s a renovation project scheduled to start in 2018 that could close down the building for awhile. It’s one of the reasons my mom and I are headed back to Ottawa in 2017!

[Tweet “Go on a guided tour of Parliament Hill in Ottawa to learn about the history and the government!”]

Have you ever been to Parliament Hill in Ottawa? Is it something you’d be interested to see? 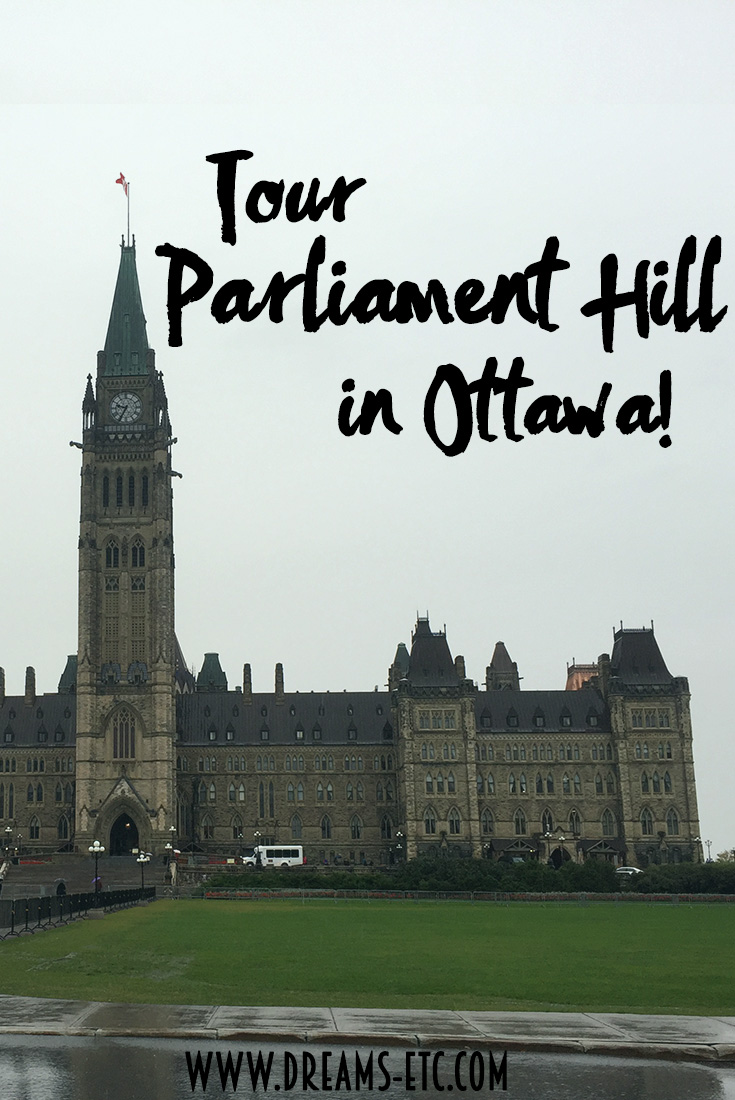 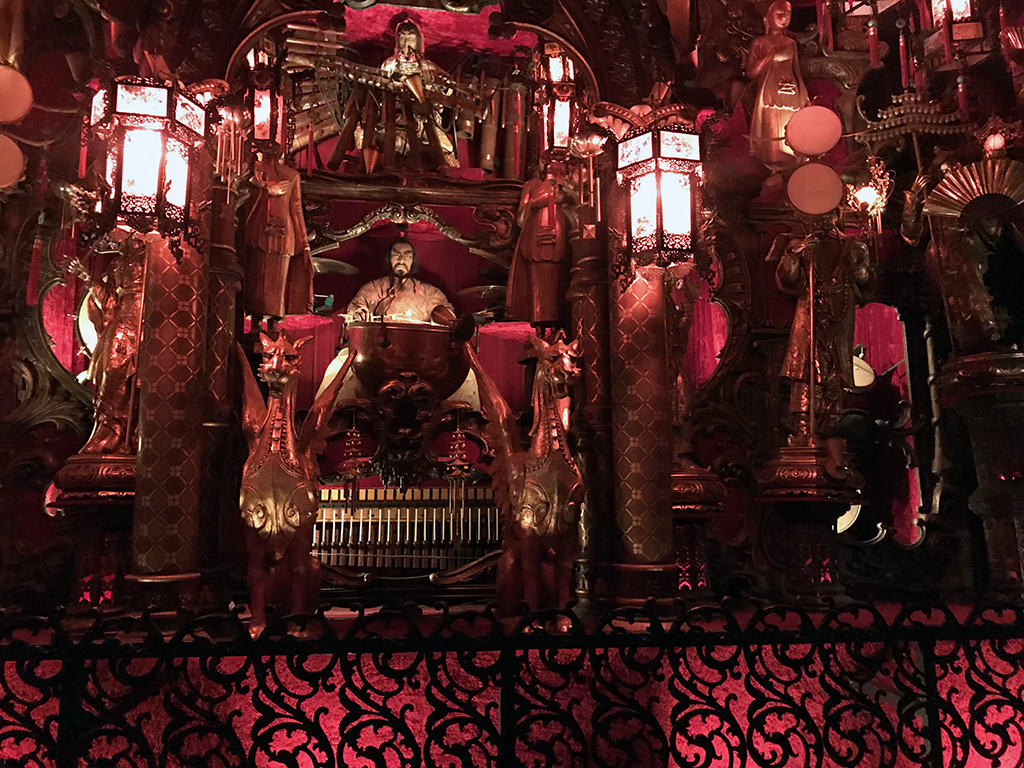 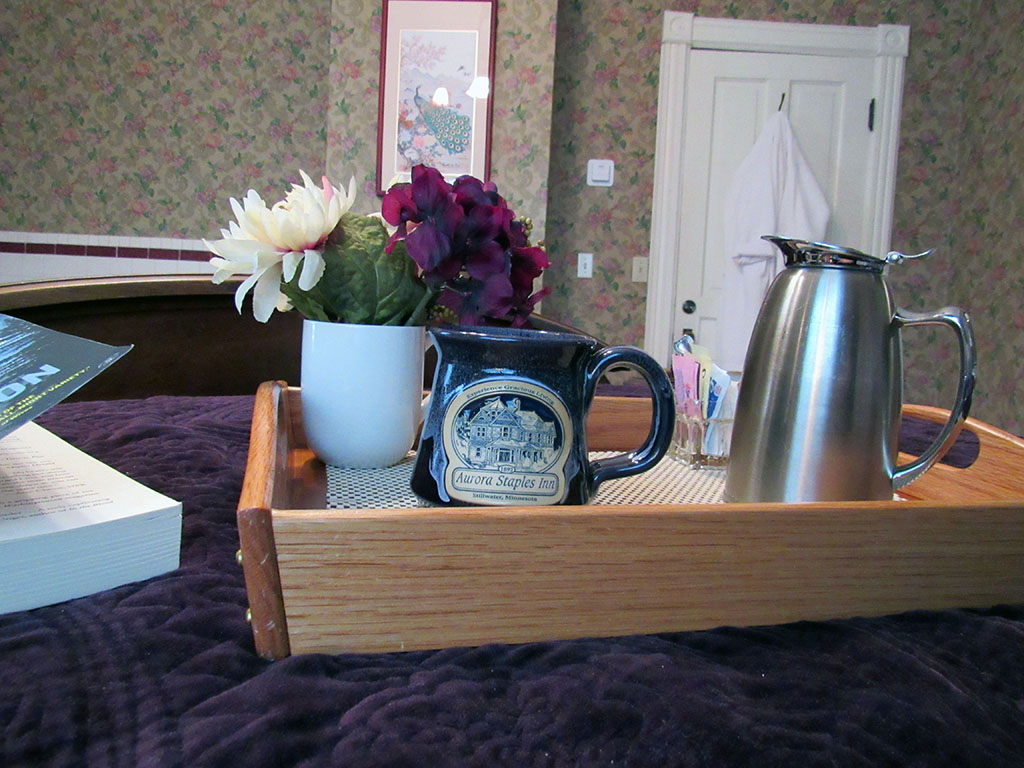 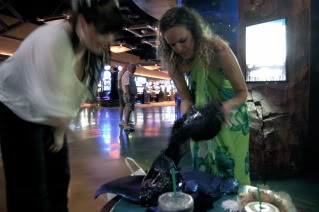