I think I am on the mend. Actually, I know I am. I’m still not feeling fantastic, but I have a lot more energy now and I’m not coughing as much. I even put some make-up on this afternoon, just to feel a little more like myself. But last night I also slept in an outfit that I knew I’d be able to wear the grocery store this morning when I ran out to pick up sprite and orange juice (the only thing soothing my throat right now), so that wasn’t my most glamorous moment. But I wasn’t actually wearing pajamas when I left the house, so that counts for something right? You don’t have to answer that.

Anyway, moving on, instead of my Sunday Post, or Sunday Snippets, as Beate suggested (which one do you like?) I have a Project 365 update! This one was actually hard to piece together because most the pictures are from my phone and for some reason my phone wouldn’t sync with my computer, so I had to go through and figure out which picture was for which day and email them to myself. I hope they’re all right! I was diligent about taking pictures daily this month, though, so I know that I did. 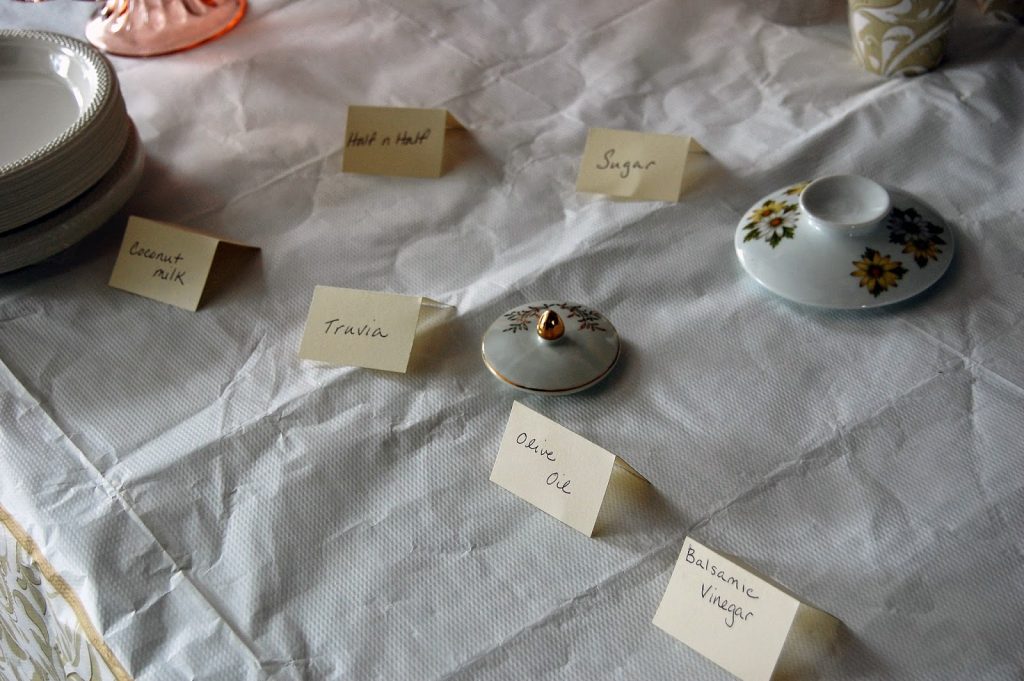 16. We had a party to celebrate my parents 50th wedding anniversary! Here we have the set up for the coffee and the salad dressing. We served greens with veggies and olive oil and balsamic vinegar for a dressing, along with chicken, beef and goat korma, Afghani rice and Afghani pizzas. All of it was delicious! 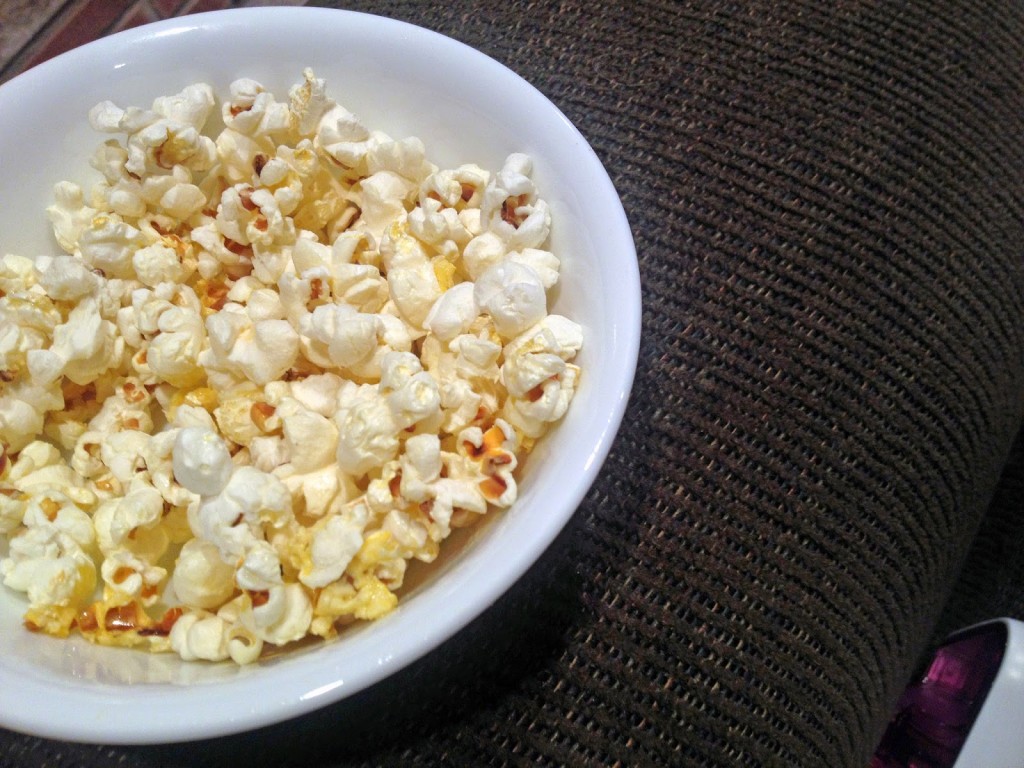 17. Why is popcorn so delicious? 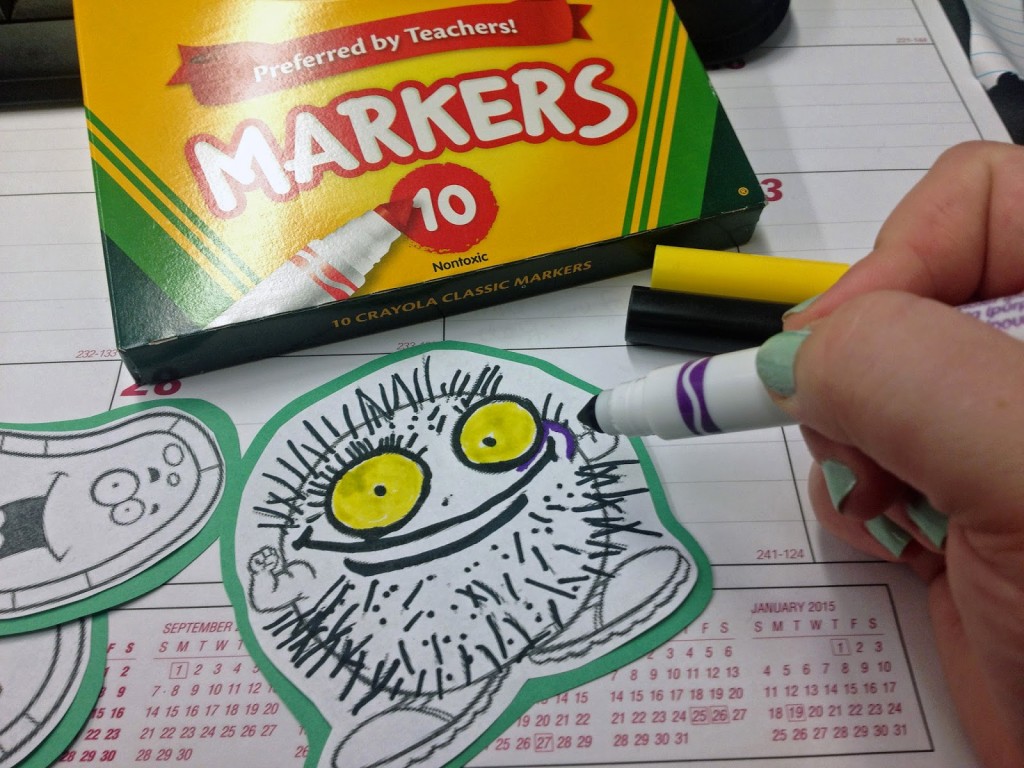 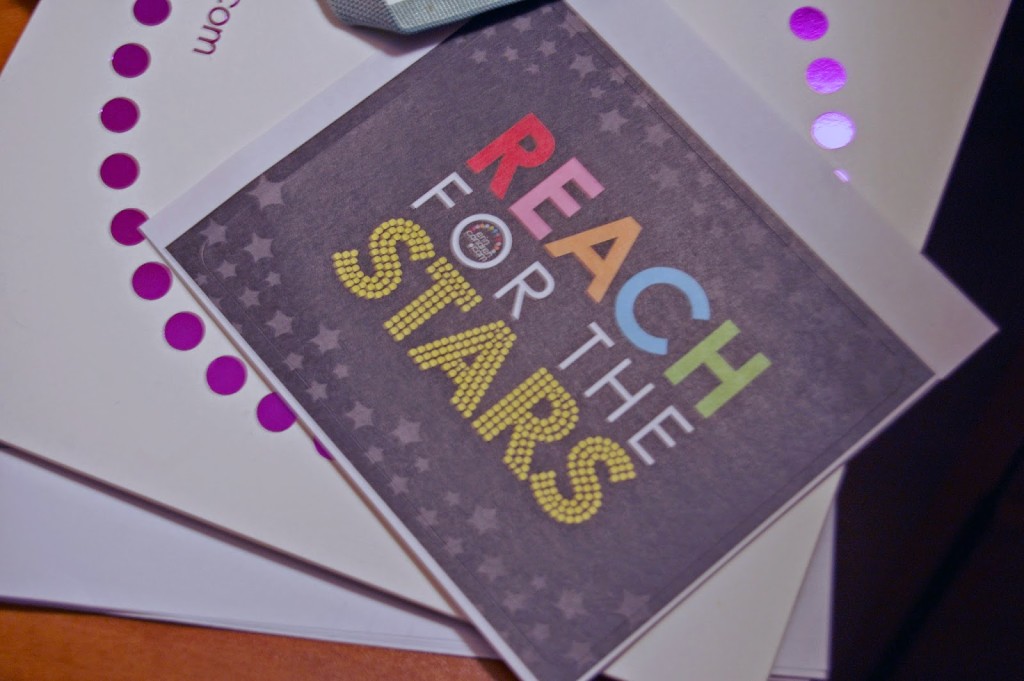 19. My new Erin Condren LifePlanner arrived. As I opened it I was singing S Club 7’s “Reach for the Stars” and wondered why that song randomly popped into my head until I saw this. 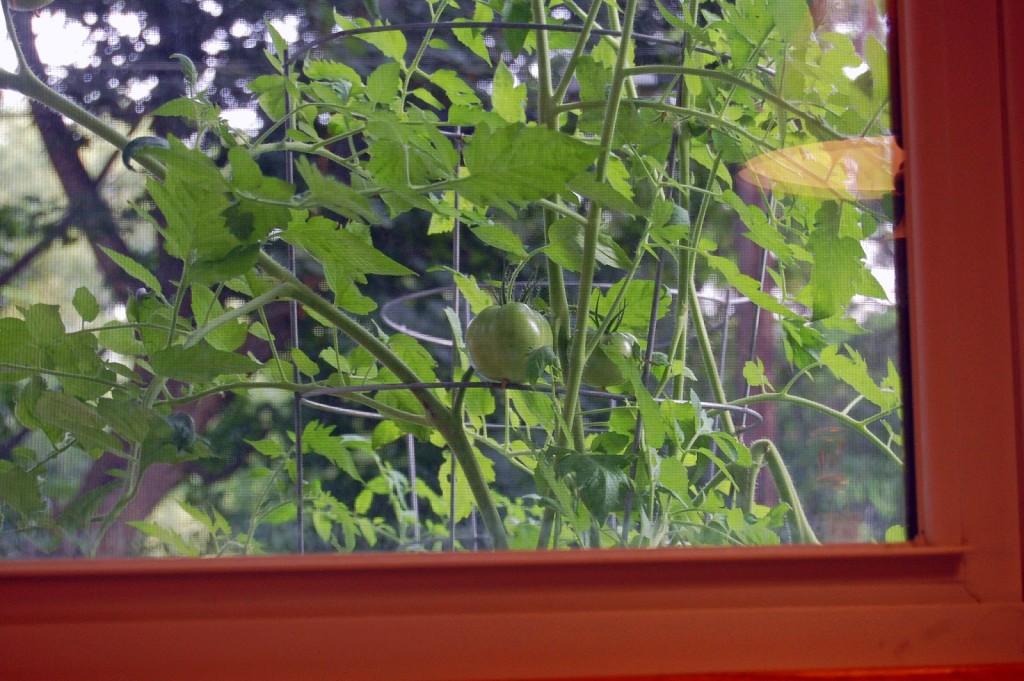 20. I was working and then looked up and saw a tomato growing on the plant outside. 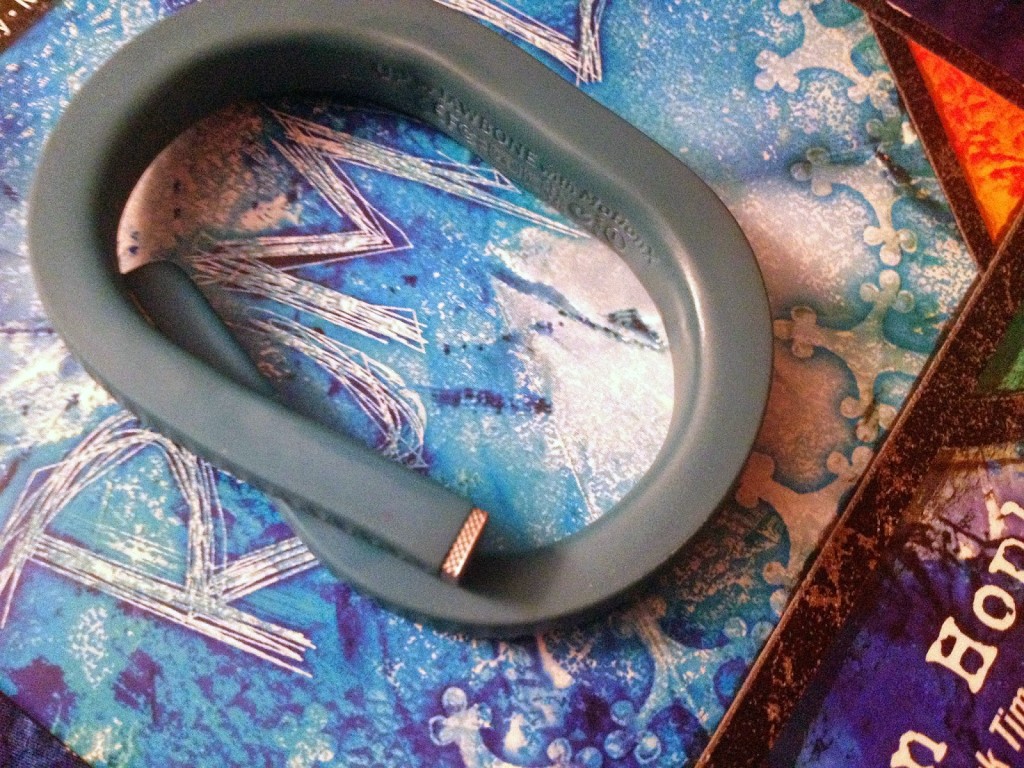 21. I pulled out my Jawbone with the intent to start using it again, but after one day I took it off. With the hot weather it bothers my wrist. 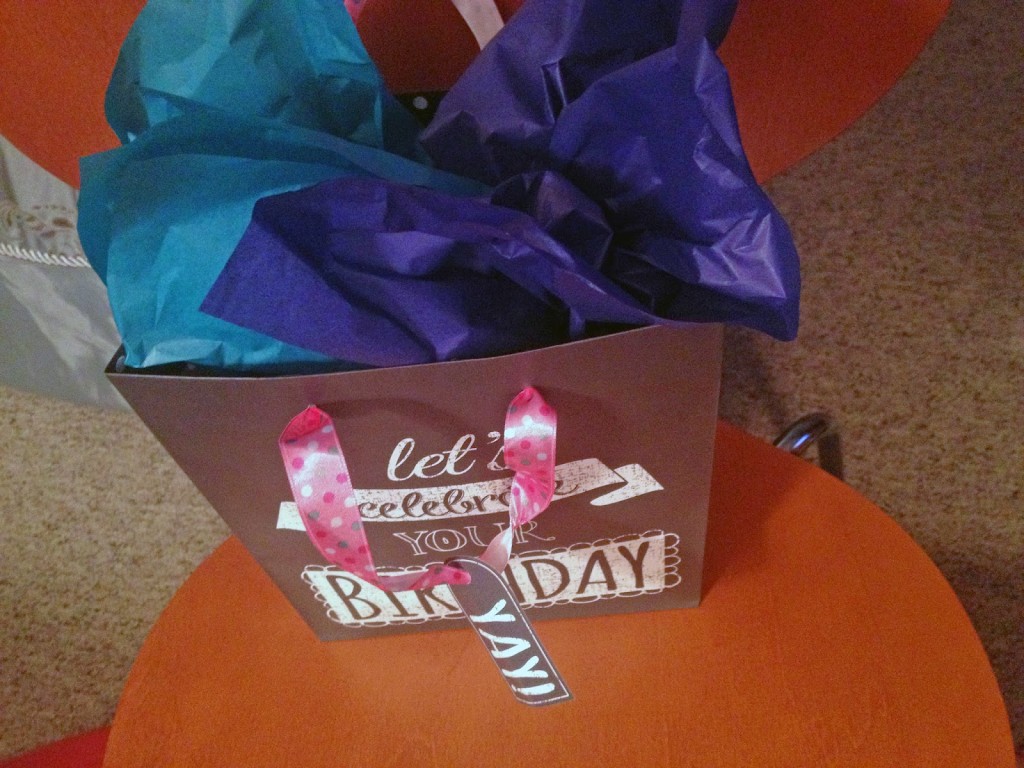 22. A birthday present for the principal of the school. We each take a person and I had her birthday. 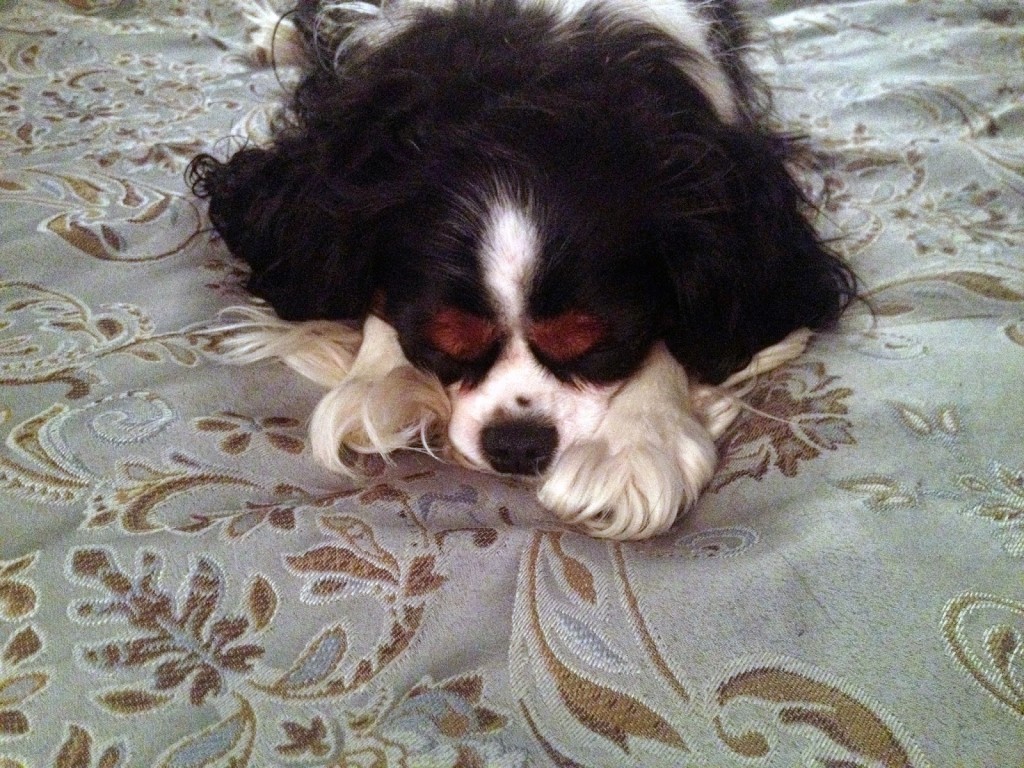 23. I have to have one of these in pretty much every update, don’t I? Little One’s, “Bedtime, please?” picture. 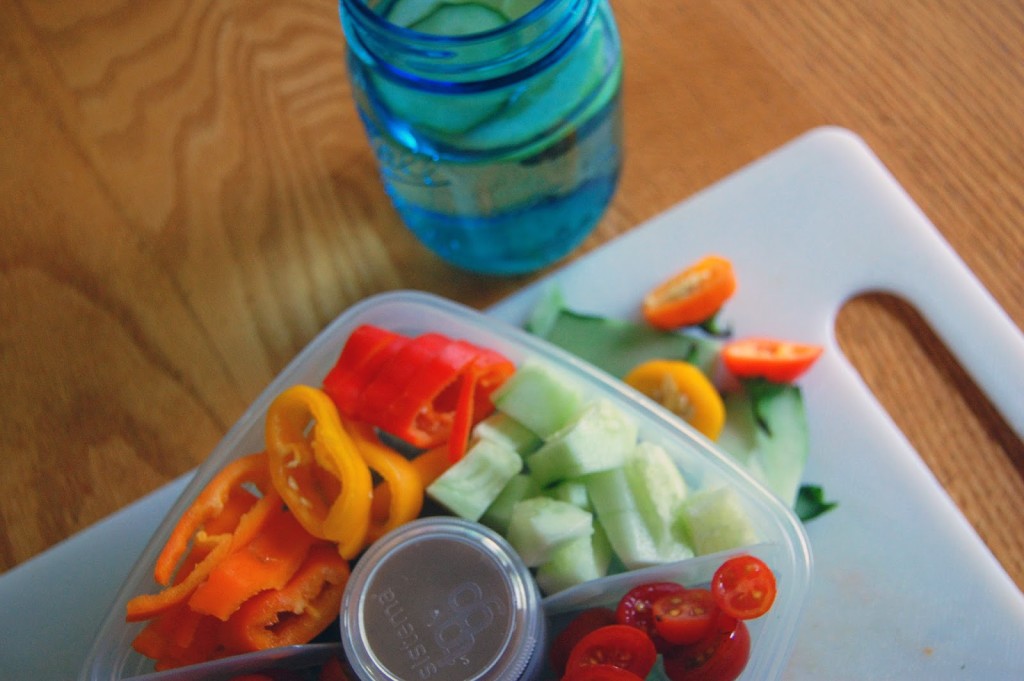 24. Preparing a salad for the next day. It turns out the lettuce mix that I got had herbs mixed in and it had dill. I’m not a fan of dill (other than Milwaukee Dill Pickles), so I passed that out to someone else and then used kale from the garden for salads later in the week. 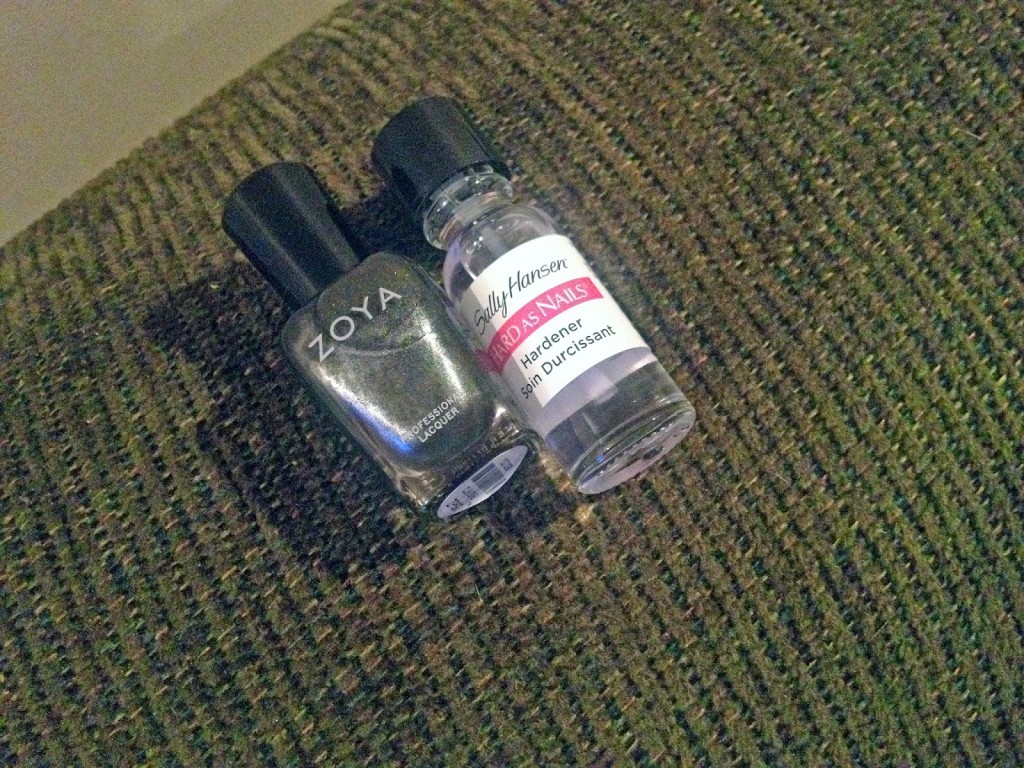 25. I’m so excited to be pulling out the dark colors for fall again! 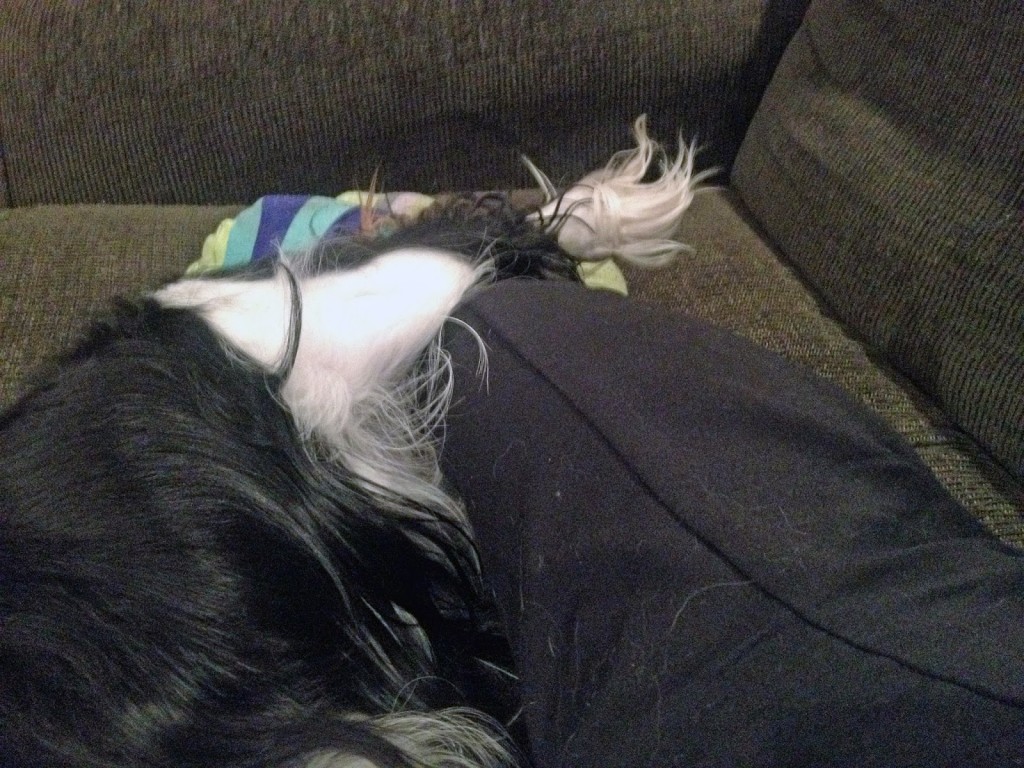 26. Whenever I’m sitting or laying down by Little One, she always puts a leg up on me. It reminds me of when my niece was little. She’d put a leg or an arm (or both) on me whenever I put her down for a nap. I always thought she was trying to make sure that I’d stay there after she fell asleep. (Please excuse the dog hair on my pants. It was the end of the day so I wasn’t too concerned with it at that point  until I took the picture.) 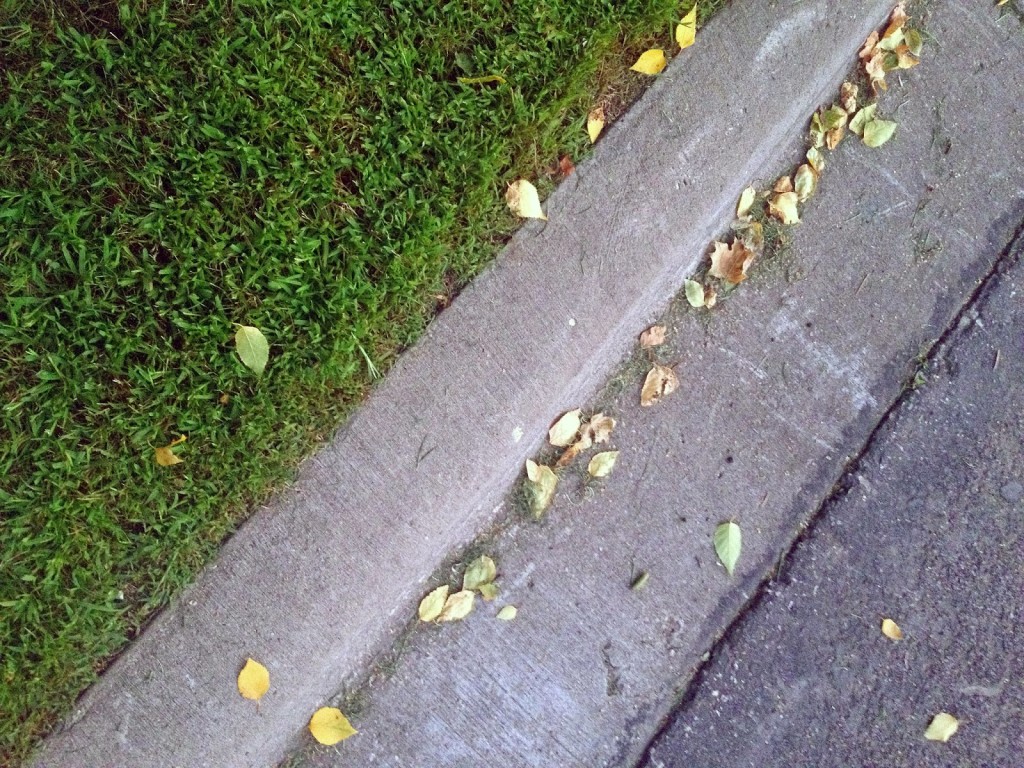 27. The leaves are falling! Fall is coming! 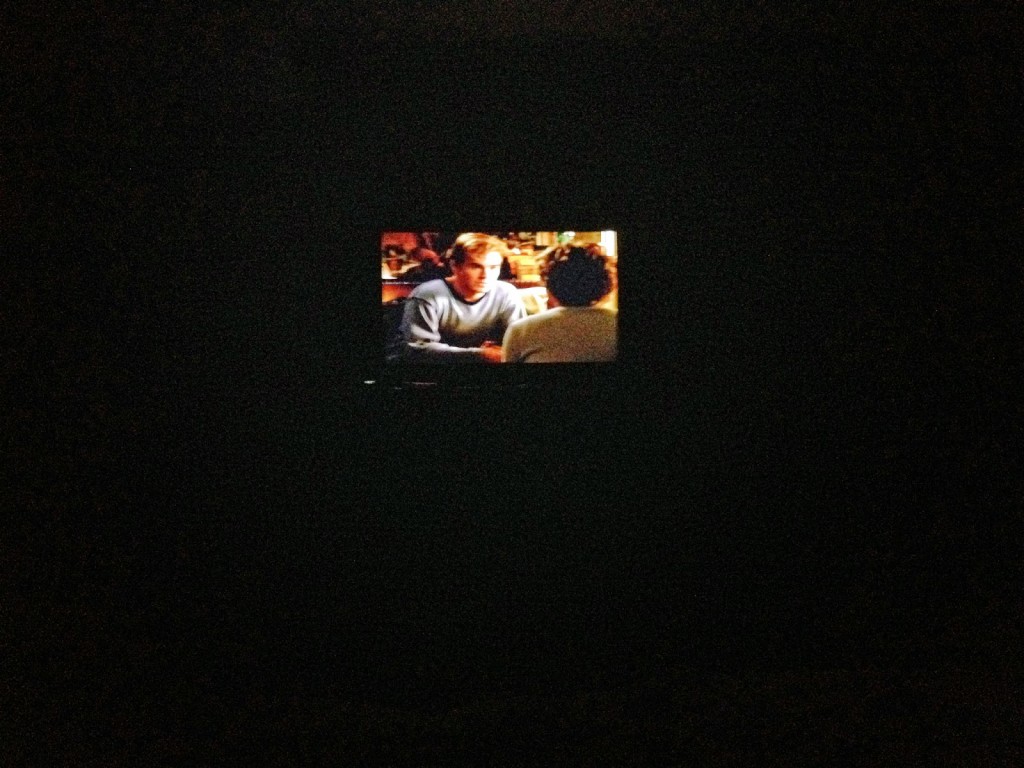 28. This is my “I don’t feel well, the lights are too bright, oh crap I need to take a picture” picture. 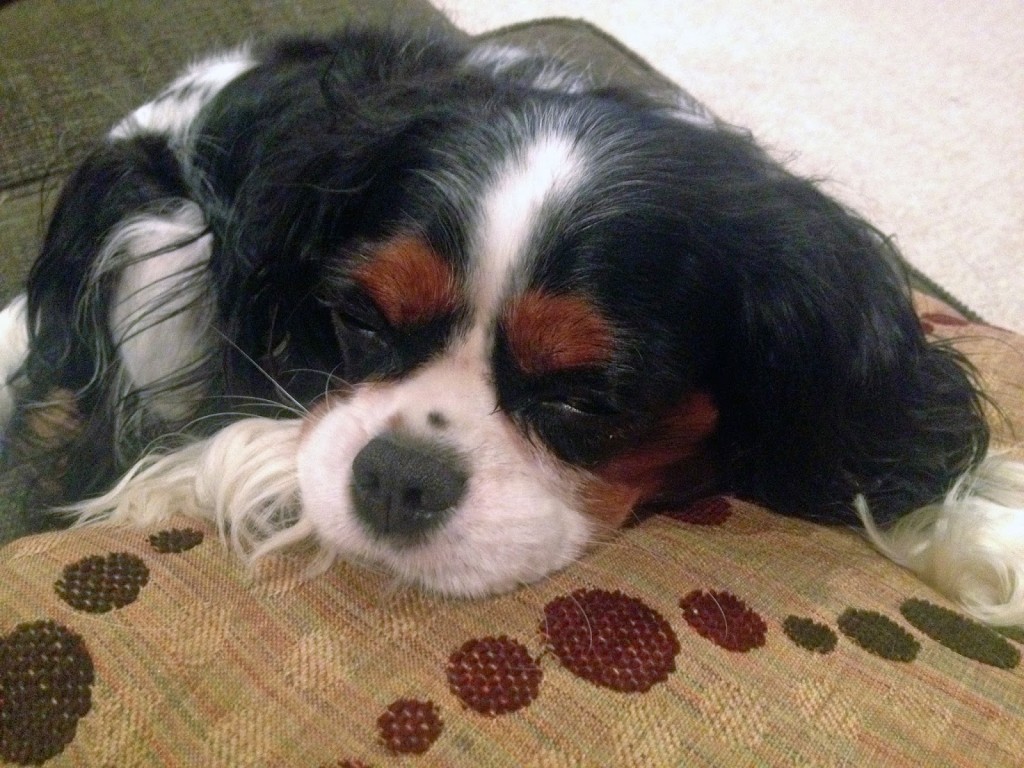 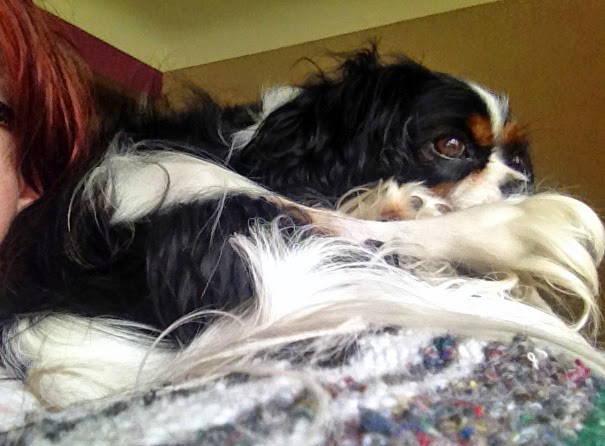 30. Sorry for my messy hair… and Little One’s. My dad says that we have a symbiotic relationship, because she uses my shoulder as a butt rest when she looks out the window, and she’s a comfy headrest while I read. 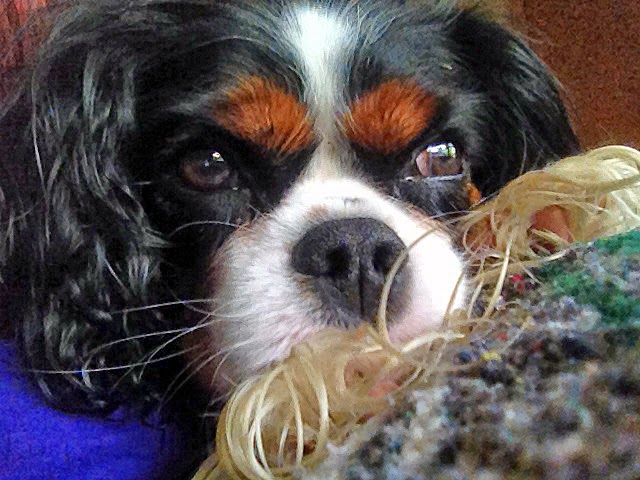 31. Day two of us on the couch. This is actually a really terrible picture. Sorry about that. At least the subject of the picture is adorable. 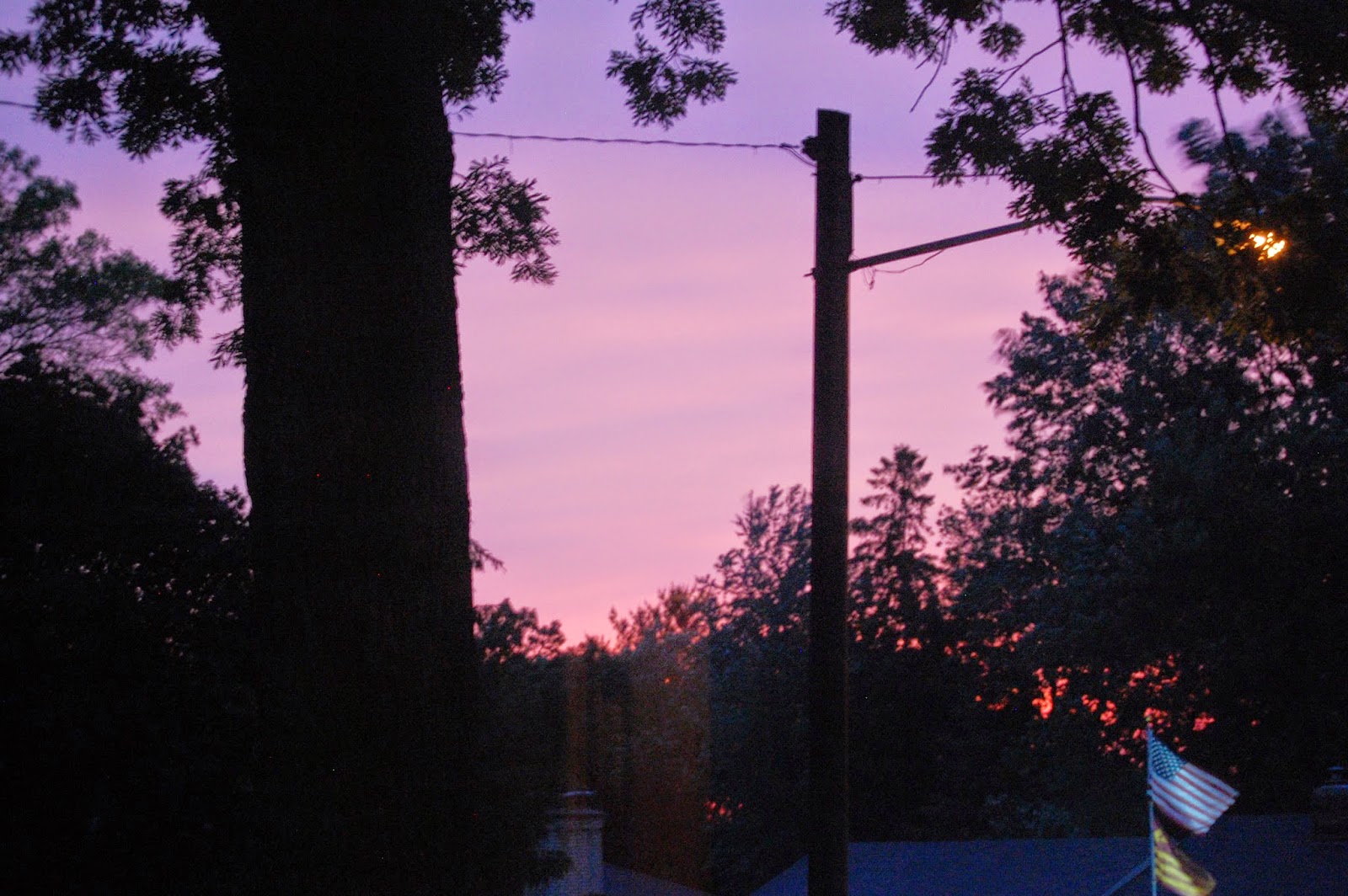 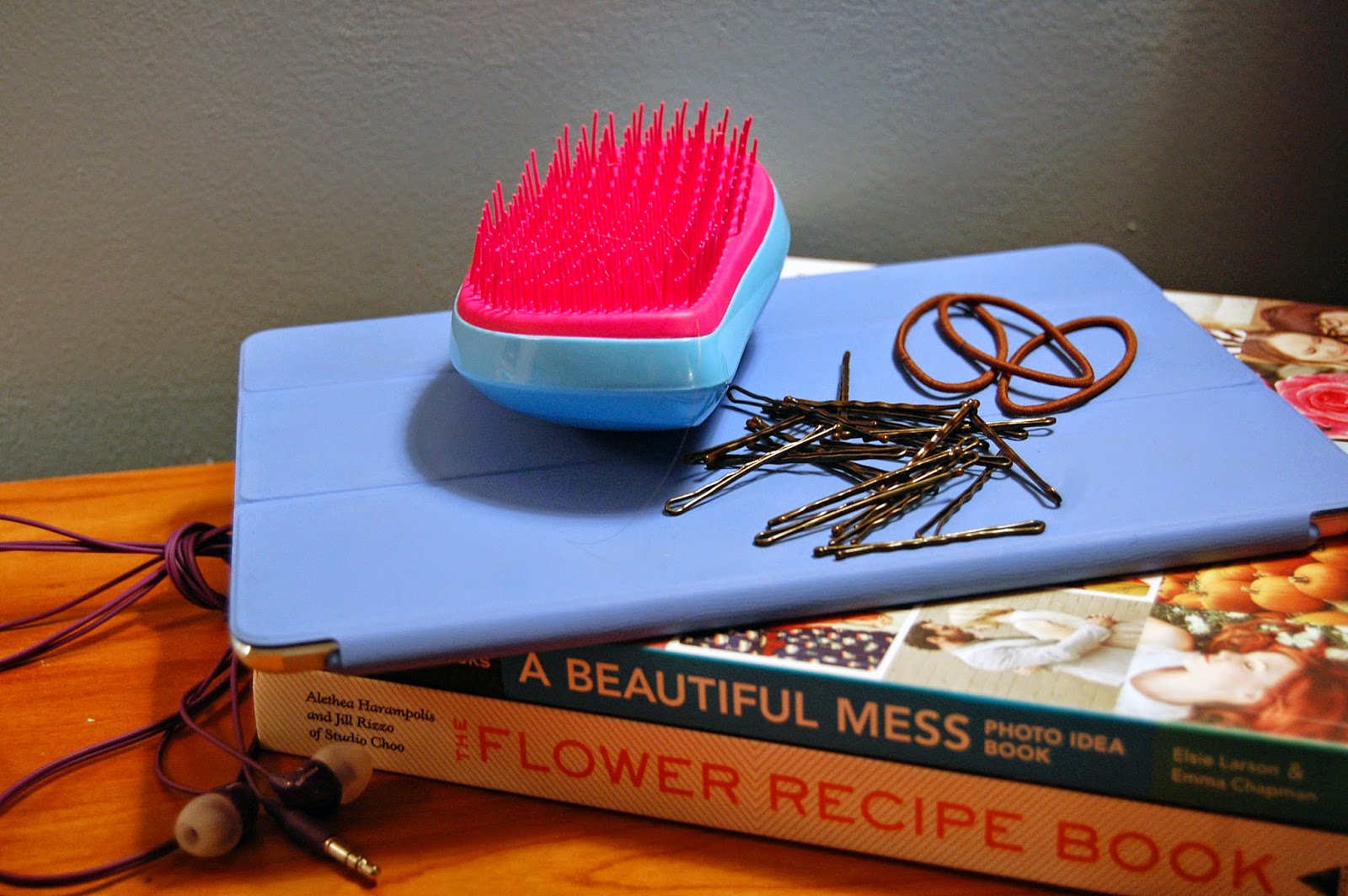 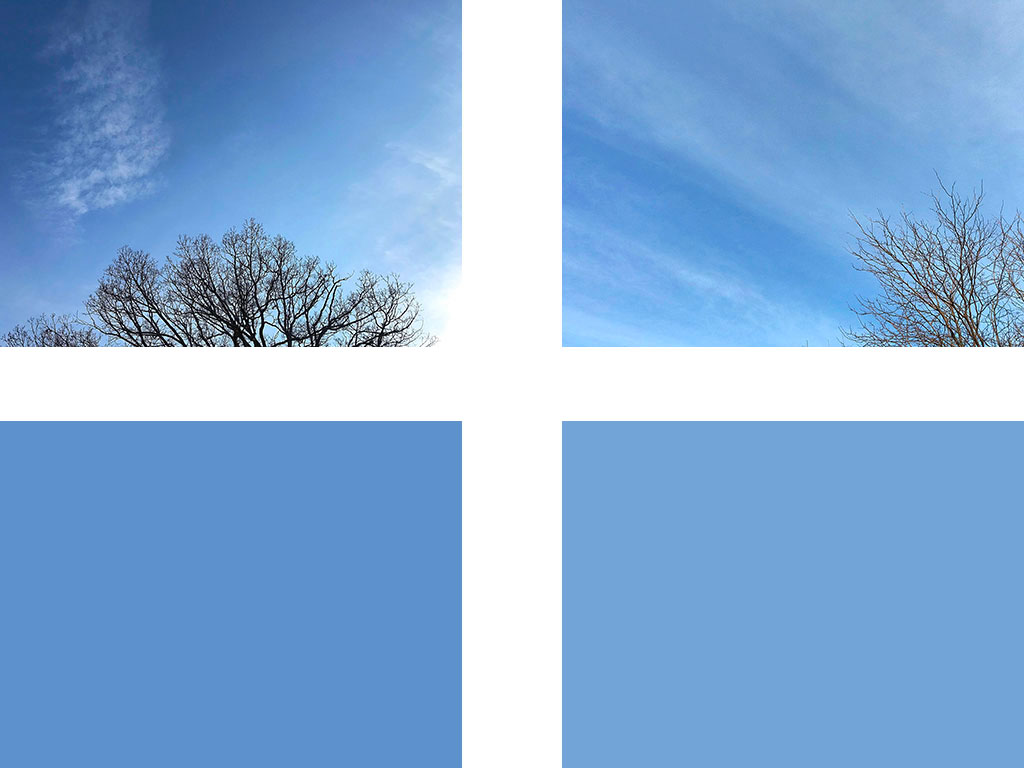