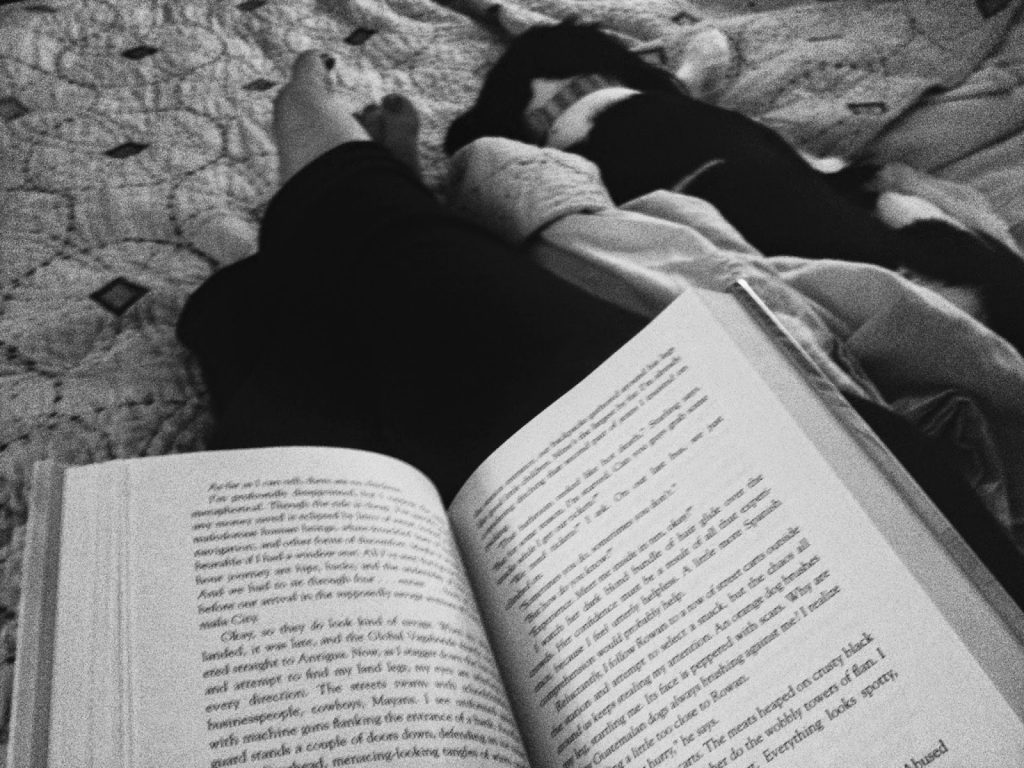 I thought I’d try a new system for writing book reviews, especially for reviews that come after a reading spree like I just had. Instead of choosing one, I’ll write a little review for all of the books that I enjoyed and would recommend. Today, I have three reviews to share.

The Storyteller, by Jodi Picoult. This novel is about the granddaughter of a Holocaust survivor who discovers that an acquaintance was a Nazi during WWII when he asks her to forgive him for his involvement and help him end his life. It’s been a few years since I read a book by Jodi Picoult, although I used to be obsessed with her novels. I thought this novel was different than her others, which I appreciated, especially given the subject matter. It really made me think about how something like the Holocaust could have happened. The way that the book is written was fascinating. As usual for one of her novels, it’s told from multiple POV’s, but the way she organized the POV’s was different than she usually does, but also incredibly effective. I actually didn’t notice how she put it together until halfway through the novel. I also appreciate how much research Picoult does for her novels as it really adds an extra layer to the novel. I was turning pages and only read it as slowly as I did because I was traveling at the same time. As soon as I finished it I requested the two books of hers that I haven’t read from the library.

The Husband’s Secret, by Liane Moriarty. An Australian housewife discovers a letter written to her from her husband to be opened in the event of his death while he’s still alive. There’s a lot more to this novel than that, but I’ve had this book for awhile and this is all that I remembered about the synopsis so I was a little confused how some of the characters factored into the story when I started reading the book. That being said, as the novel picked up it all became clear. I guessed some plot points ahead of time; however I didn’t know exactly how everything would be resolved and I was turning pages to find out. I loved all of the different elements to the novel and was interested in most of the characters and the different story lines. I also requested another one of her books from the library as soon as I finished this one.

Thanks for the Memories, by Cecelia Ahern. After a woman receives a blood transformation to save her life she wakes up with memories and skills that she never had before. The beginning of this book is a little intense and I wasn’t entirely sure what was happening (although if I had read a synopsis, it would have clued me in) for awhile, but I really enjoyed the story. It was a little bit of a lighter read than the last two, which was nice because I read all of these in a five day period. From what I’ve seen, reviews for this book are extremely mixed, but I really enjoyed it. I think you need to be willing to go with the flow, even if some of the plot points seem farfetched and just enjoy the escape, which I certainly did. I actually really liked the characters and the journey that they went on throughout the novel.