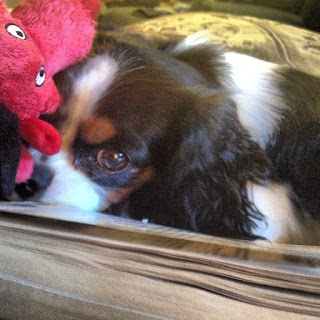 I’ve discovered that Le Chiot likes books just as much as I do… just in a different way.  She’s not so impressed by the Kindle, however.
I didn’t actually read a lot of books in October, which explains why I am still so far behind in my Goodreads challenge.  But without a doubt, the best book that I read in October was Something Blue, by Emily Giffin.  This book is the second in a series about best friends, Rachel and Darcy.  The first, Something Borrowed, is Rachel’s story.  Good girl Rachel is in love with Darcy’s fiance and finds out that he feels the same way about her.  You can guess what happens.  The second book follows Darcy as she tries to regroup after her wedding is canceled.  She ends up moving to London to live with a friend and get a fresh start in life.
I enjoyed the first book because of the tension that was created; it felt real so it was hard to read. But I had no desire to read the second (I bought them together) once I realized that the second book is about Darcy.  Darcy is one of the most unlikeable characters that I have ever encountered, so why would I want to spend an entire book with her?
Enter this October.  I decided that I have too many unread books so I placed a book buying ban on myself for the entire month.  (I also have to read a certain amount of my unread books and I haven’t reached that number yet, so I still can’t buy any books.)  Right at the beginning of the month I was reading a cooking blog and the author talked about sitting down and reading two Emily Giffin books in two days.  I read the summaries for the novels and wanted to read them right away, but was unable to buy them.  Instead I decided that I’d read this one since I already have it.
I am so glad that I finally picked it up!  I actually liked it much better than the first.  At the beginning, Darcy is still the same incredibly unlikeable character that she was in the first novel, but I was hooked as I watched the story unfold from her point of view.  There was a long recap of the first novel, but from Darcy’s point-of-view it was fresh and helped me get into her mindset.  This also set the stage for the rest of her journey over the course of the novel.  Once Darcy made the decision to move to London, I didn’t want to put the book down.  It was predictable and I felt like the end tied things up a little too neatly but it didn’t take away from the enjoyment of the book at all.  I liked this book much better than the first and definitely plan on reading it a second time at some point in the future.
If you’re like me and read Something Borrowed but didn’t read Something Blue because of Darcy, I highly recommend picking up this novel!
What was your favorite book from October?
booksrtw
3 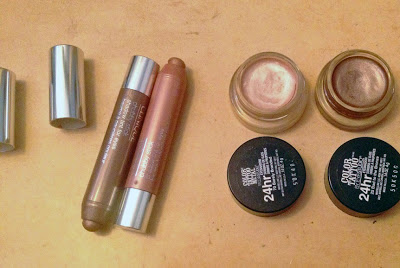 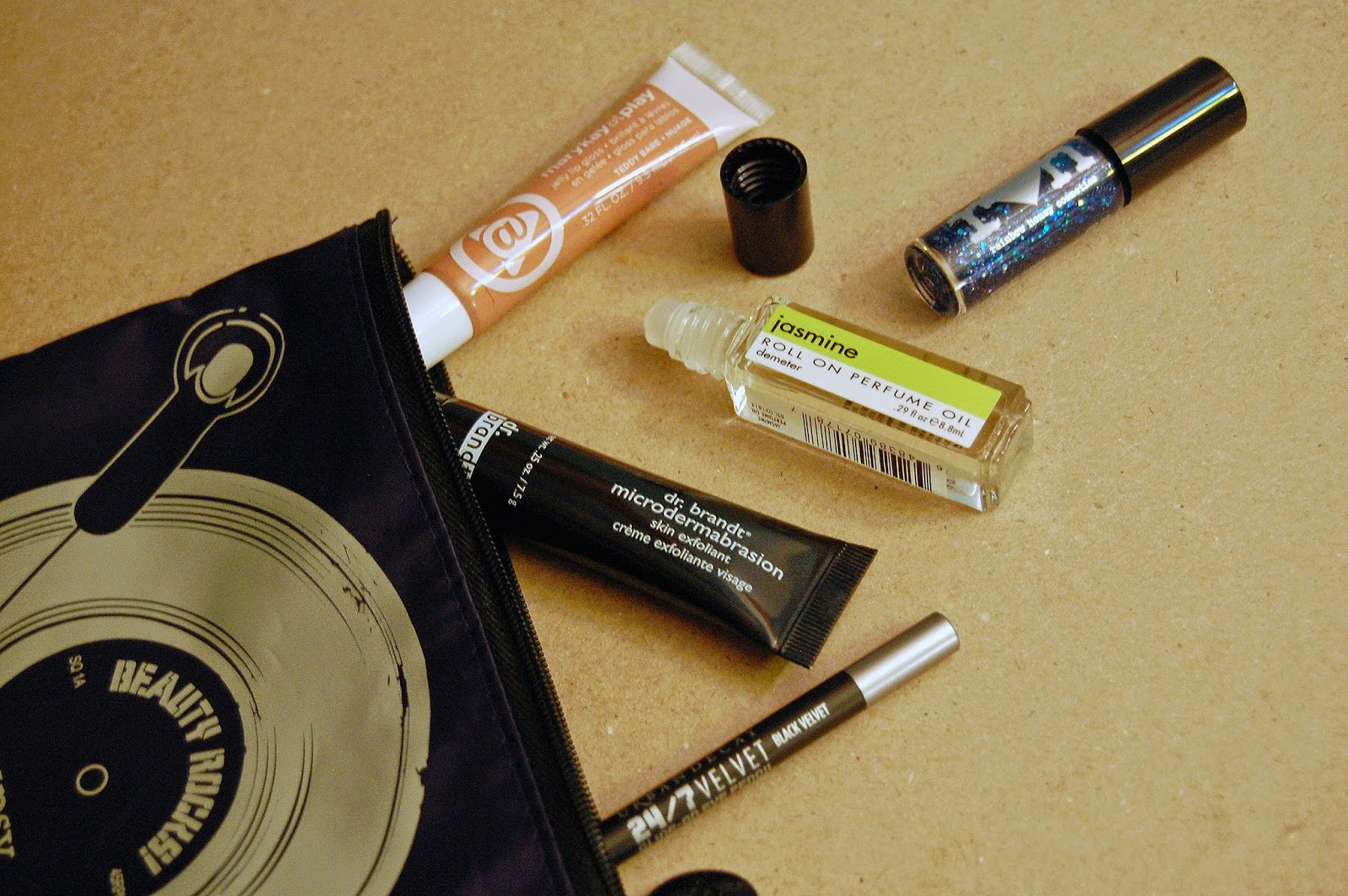