The Perfect Recipe to Soothe Your Frustrated Soul

Over the summer there were two water-related issues in the house. 1) A room flooded. All the carpet had to come out. My life was in disarray for a little over a month until the room was fixed and everything was back to normal. 2) A few weeks later there was a tiny leak the size of a pin-prick in my closet. The carpet in my closet had to come out. I stayed with friends for a few days until the room was fixed.

This post is about the tiny leak. Sometimes it’s the smallest issues that throw you for a loop.

This is how it started: after showers, I noticed water pooling in the middle of the bathroom floor. There was a wet patch on the rug and every time I stepped on it I felt like I found a new wet patch I hadn’t noticed before. I dried the spot, put a new rug down, and that was that. It happened again a few days later. There was a wet patch in the middle of the bathroom floor and I could have sworn I knew how to dry off after taking a shower, but considered the possibility it was a basic life skill I abruptly lost. I dried the spot and replaced the rug.

As I started to get ready I noticed a spot on the floor of my closet. Little One doesn’t go to the bathroom inside of the house, but maybe I ticked her off and she decided to show me, or maybe I missed an outing and she couldn’t hold it any longer. I cleaned the spot.

A friend came over. We were going out and thought it would be fun to get ready together. I realized I must not have dried the spot well, because the corner of the rug was wet. I pointed it out and we started to get ready, but the more we walked over that rug the bigger the wet spot became. Just to make sure I wasn’t crazy I mentioned it to my friend and she agreed. Definitely growing.

And then I saw wet footprints on the carpet in my closet. That’s right. I had a to-do list a mile long, a weekend that was supposed to be quiet in which to complete it, and the motivation to do all the things. But this happened… 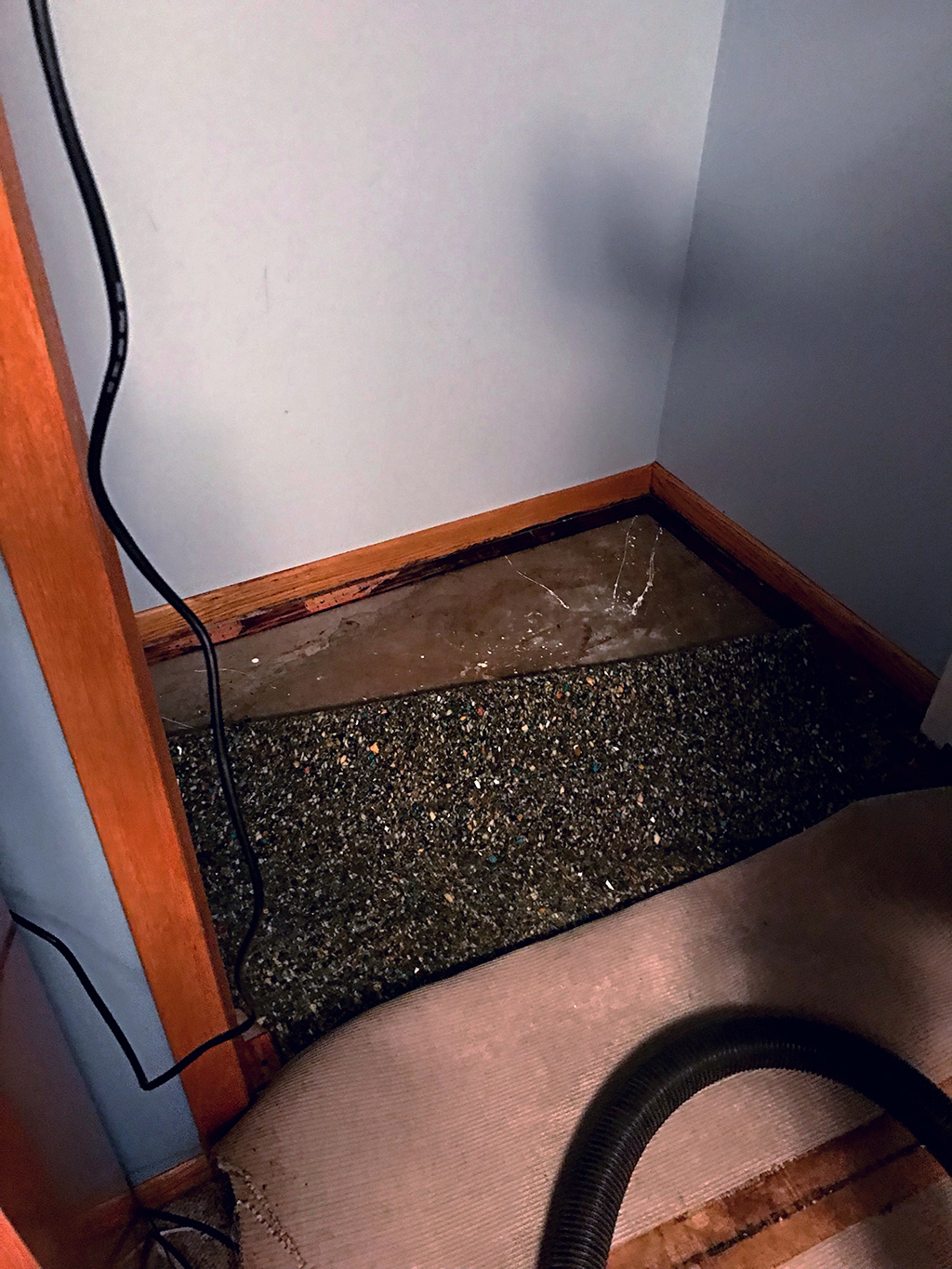 I caught it early. Nothing was ruined except for part of the carpet and we that carpet is due to be replaced soon anyway. But still. It was the second water issue in two months and I had just finished living in a construction zone for a month and a half. For two weeks after that I rearranged/reorganized the rest of my living space and it was pretty much done. I was SO. EXCITED. to be done with “house stuff” and just focus on other things… like work, the blog, and my writing. So I was a little frustrated.

As soon as the leak was fixed I thought about tackling that to-do list, but I knew I was not in the right mindset to take care of that. I needed to take care of myself instead. If you are frustrated by whatever life has thrown at you recently, here’s the perfect recipe to soothe a frustrated soul.

1 // Give yourself permission feel your feelings.

Often we’re told, “Life isn’t that bad!” “You have a GREAT life!” “Think of how much worse it could have been.” And all of that is so, so true. I can/did acknowledge that and I’m sure you can, too. But it doesn’t mean you don’t feel the impact these inconveniences have on your life. I can’t remember the last time my anxiety has been as high as it was throughout those months of water damage. My living space was in disarray, I had work to do, and things I wanted to get to, and I was so overwhelmed as I tried to juggle it down. I felt like I was letting people at home down when I focused on work and letting people at work down when I focused on the house. I was so ready to put the things that caused it behind me. This water leak wasn’t as bad as the first one, but I was still unsettled.

And it’s okay to feel those things. Give yourself some time to sit with your feelings, process them, and even express them. Pushing them away and pasting a fake smile on your face isn’t going to deal with them. Don’t dwell on them, but give yourself time to feel them, and then move on.

[Tweet “Give yourself permission to feel your feelings. You can’t deal with them if you push them away.”]

Chances are, you need a little TLC. So take care of yourself. Take the time to cook a nice meal–or order something in, if cooking stresses you out. Get some cardio in and sweat out the frustration, or calm yourself down with some slow yoga. I had been a little lax with my skincare routine and I felt like my skin needed some attention, so I took the time to give myself a facial. After being on the go for a while, it felt so great to take some time and take care of myself. My skin thanked me for it, too!

Whether that means dimming the lights, covering your couch in pillows, or creating a fort, do whatever will help you relax. For me, it looks like: just enough light to do whatever I plan to do, diffusing essential oils, and a pup by my side. Specifically my pup. She’s the sweetest.

Make sure you continue to take a break from your to-do list and do something fun. We all need breaks; this is the perfect time for one. I’ve found that my “fun” activity varies based on what I need a break from. If it’s just an endless to-do list, losing myself in a book is exactly what I need. If I feel harried, painting slows me down. If life is just a little too much, writing makes me feel at peace. If I don’t want to think anymore, a movie or a TV show marathon it is.

I don’t get enough sleep on a day-to-day basis and I know I’m not the only one who can say that. When you’re frustrated, do yourself a favor and get some sleep. After you’ve processed your feelings, taken care of yourself, relaxed, and done something you enjoy, go to bed and let sleep work its magic. You might not feel 100% yourself the next day, but you will feel better.

I’d love to know, how do YOU soothe a frustrated soul?

[Tweet “Overwhelmed by life? Here’s the perfect recipe to soothe a frustrated soul.”] 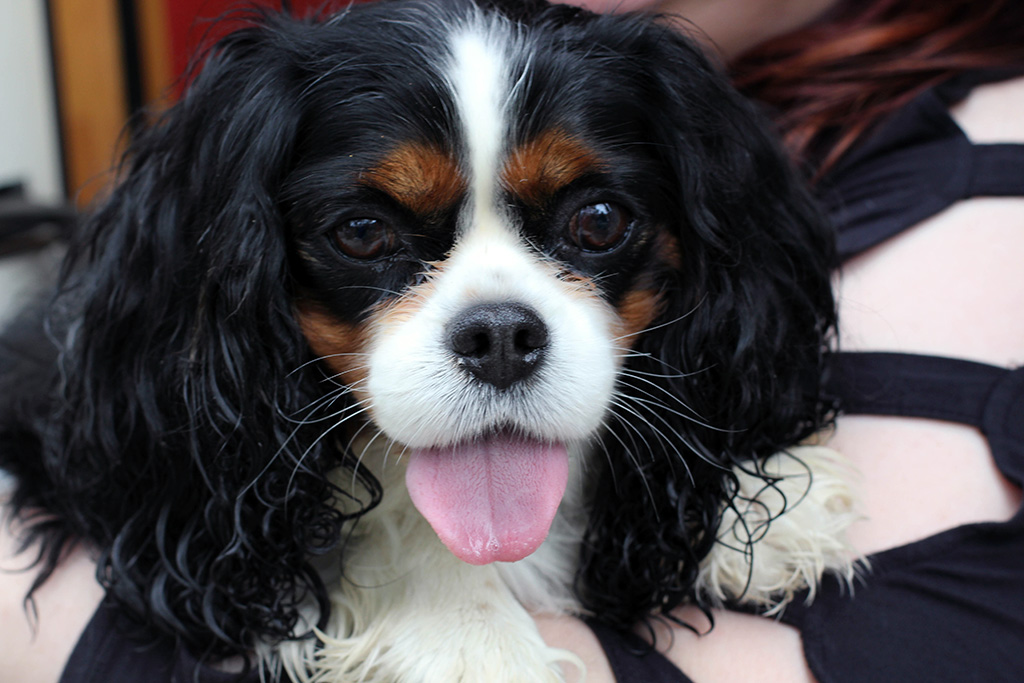