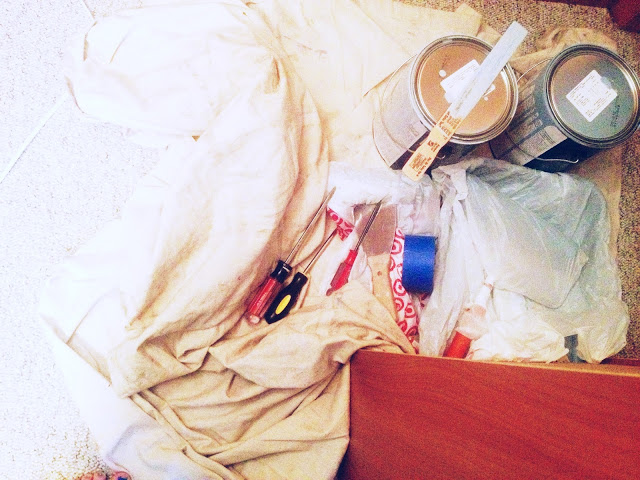 Painting has begun in my room. Two walls are done, one wall is half painted and nothing has happened to another. My furniture is all over the place and the other rooms are filled with things that I pulled off shelves so that we could move furniture around. It made for an interesting attempt to take pictures for this post, as I had little open space to put things and behind the only free surface that I could find was a taped wall, which you’ll see in one of the photos. What else happened while I was trying to put this post together? Oh, yes! I couldn’t find one of the products.
I know it sounds strange that I couldn’t find something that I’ve been loving in July… but right before I started moving things out of my room to paint I started trying a different product so the one that I’ve been loving throughout the month is buried somewhere and I haven’t been able to find it. Since it’s a make-up product, I don’t want to talk about it without being able to show it to you.
Let’s move on to the things that I have been loving this month. 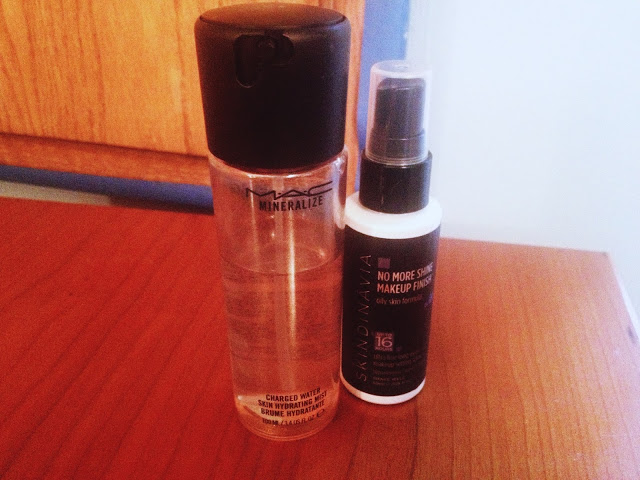 Finishing Sprays. Now that I’m thinking about it, I’m not sure that the MAC Mineralize Charged Water Skin Hydrating Mist is a finishing spray, but it is something that you can use throughout the day, even over your make-up. I used to carry this around me and if I was feeling tired I’d spritz a little bit on my face and it would perk me up. My MAC make-up artist said that she and the other MUA’s at her location spray themselves throughout the day for the same reason–especially on really busy days. It is a nice refresher, but I stopped carrying it around because I didn’t think that I was using it enough to warrant carrying it around and it sat forgotten by my foundation for awhile. One morning after a rather sleepless night I was having a hard time waking up and when I was ready to put on foundation I saw this sitting next to it. I spritzed a little on my face and it perked me up. It might just be like splashing water on your face, but I like this as I can spray a light layer that takes just seconds to dry. I’ve also been using the Skindinavia finishing spray after I apply make-up. In the past, I’ve been skeptical of finishing sprays. I’m supposed to spray my face with something and my make-up is supposed to stay put? But I heard rave reviews of this product from people who are more skeptical than me so I decided to try it out and you know what? It actually works! I was seriously impressed when I started to use this product and when I randomly brought it up in conversation with a friend, I knew that I had to put it one of these posts as well. 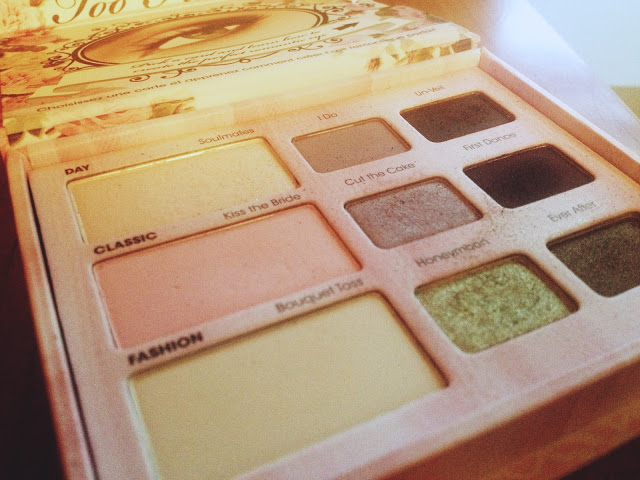 Too Faced Romantic Eyes Palette. Don’t let the name of this palette let you think that I’ve gone mushy or something. Don’t worry, I haven’t! But this palette is one of my favorites right now. I love that it gives a natural look but also provides pops of color with greens and purples. 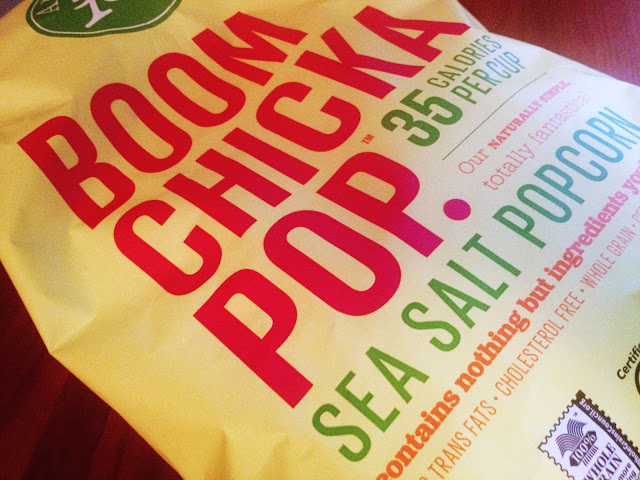 Boom Chicka Pop. I stumbled upon this popcorn while looking for Pirate’s Booty at Target one day and had to pick it up. It’s a local company, it has only 35 calories per cup and four ingredients. And it’s tasty too!

As soon as the credits of the series finale of Boy Meets World started to roll, I wanted to start watching from the first episode again. Instead, I pulled out another old favorite, Reba. Ever since, when I watch TV this is what I want to watch. I haven’t even watched Mako Mermaids yet, though two of my friends have. Sorry, Mako Mermaids. As soon as I’m done with Reba, you are on the top of my to-watch list!
What have you been loving this month?
1 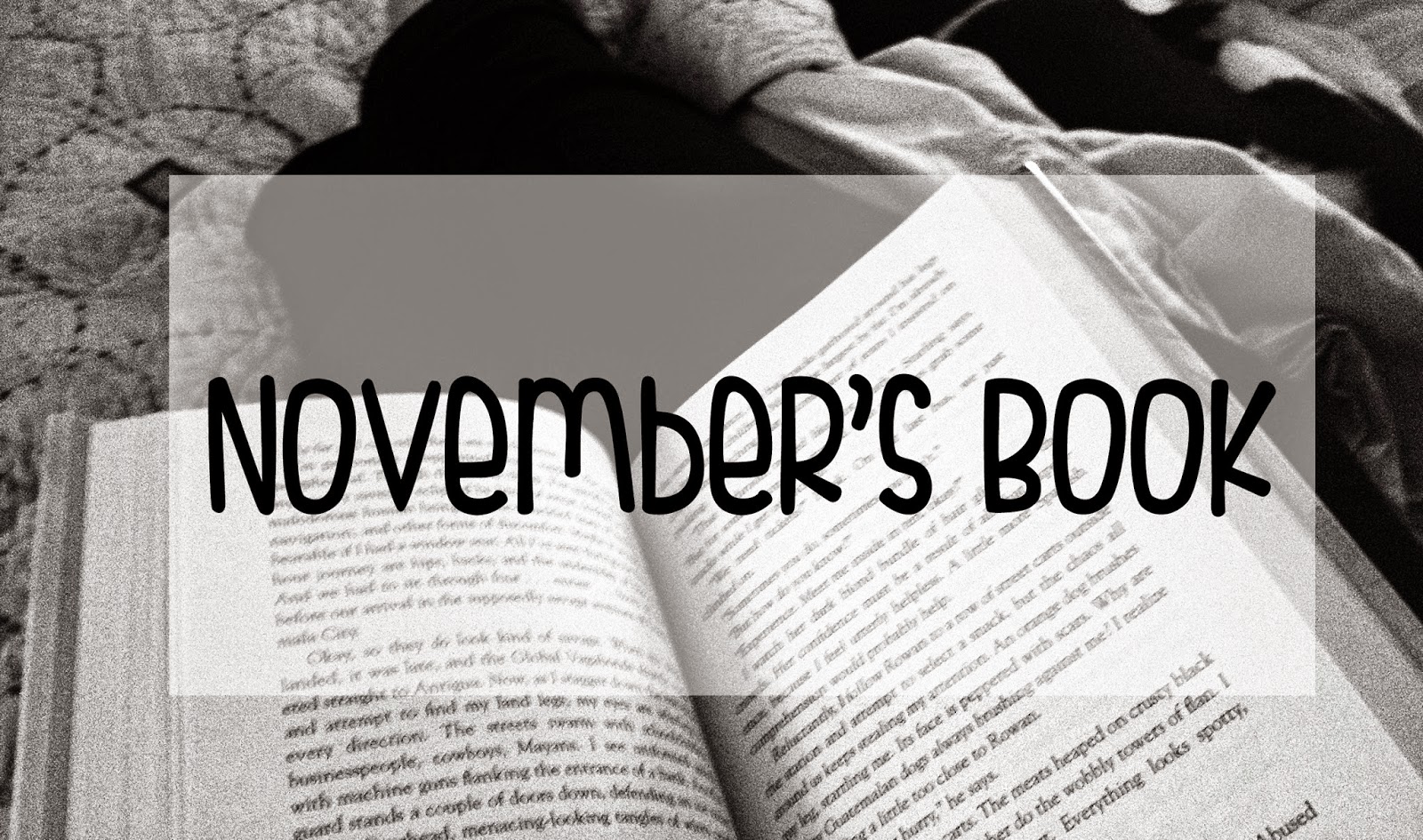 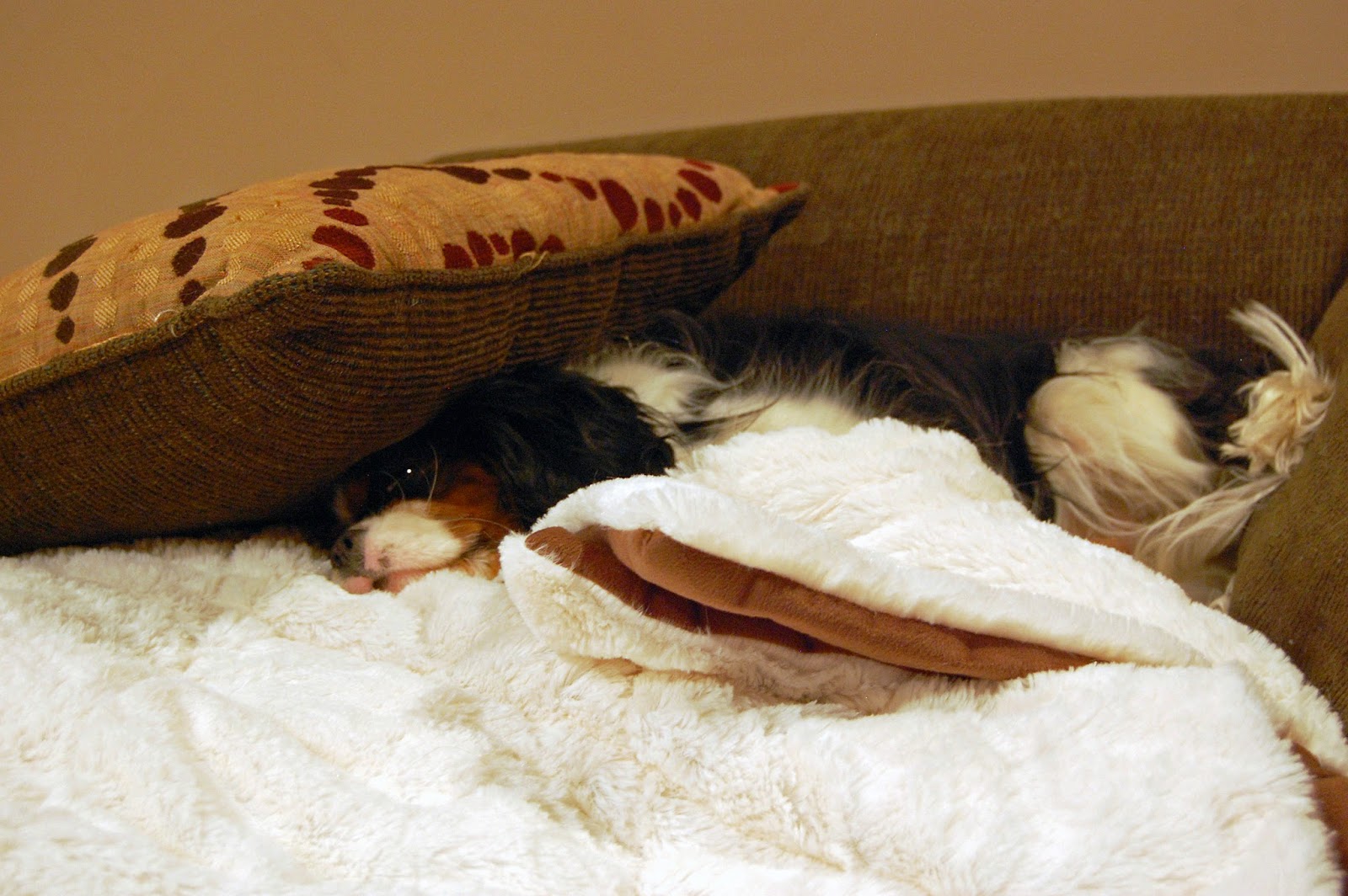