The last couple of weeks have been pretty busy and, in some ways, stressful, so it was nice to get out of the city for awhile. I spent the weekend at a cabin with my family and though we had a lot of people and a lot of dogs, it was still a relaxing getaway. Some members of my family were more ambitious than I was and got out to canoe around the lake each day but I was content to spend my time inside away from the bugs.

I was able to write a little bit and I read a lot. I finished reading Invincible Summer by Hannah Moskowitz and couldn’t put down Insomnia by J.R. Johansson. I also got to spend a lot of time with my niece, who had her nose in a book all weekend, too. I got her the first four books of the Babysitter’s Club series for her birthday and she brought them along. Remind me to ask her who her favorite characters are the next time that I see her.

They already had a fire going when I arrived on Thursday. I found out that my sister makes the best s’mores. (I, however, do not. I tend to forget about the marshmallow until it burns.) 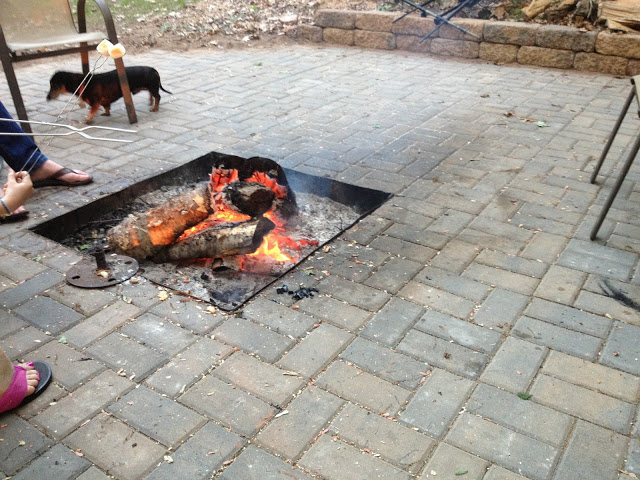 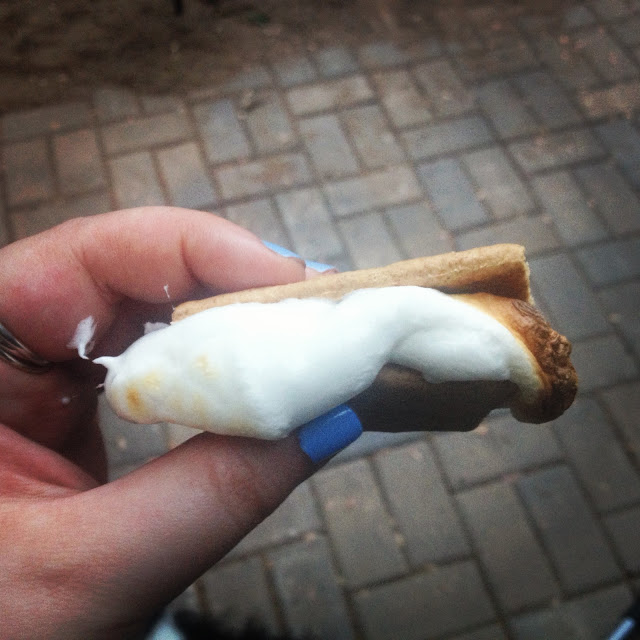 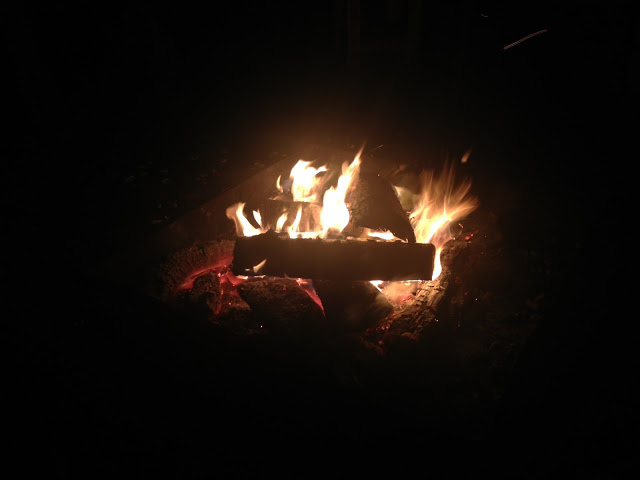 I tried to keep my puppy out of the grass as much as possible because of the ticks. I’m looking forward to taking her back later in the year when the ticks aren’t so bad. But after this weekend, you can call me Master Tick Hunter. I did a great job of finding them, however when it came to plucking them out of her fur I always found someone else to do it for me. 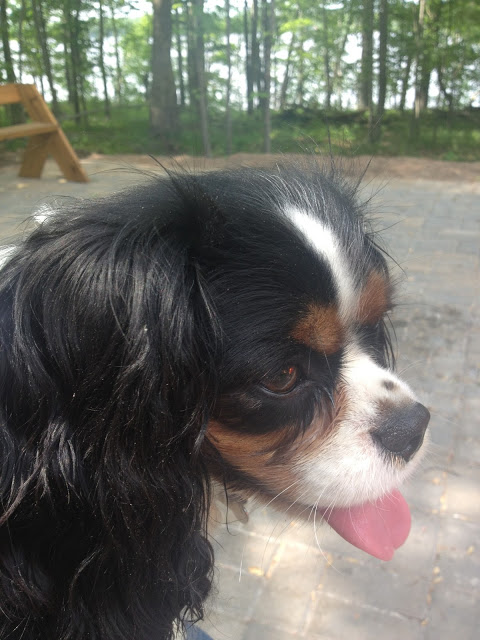 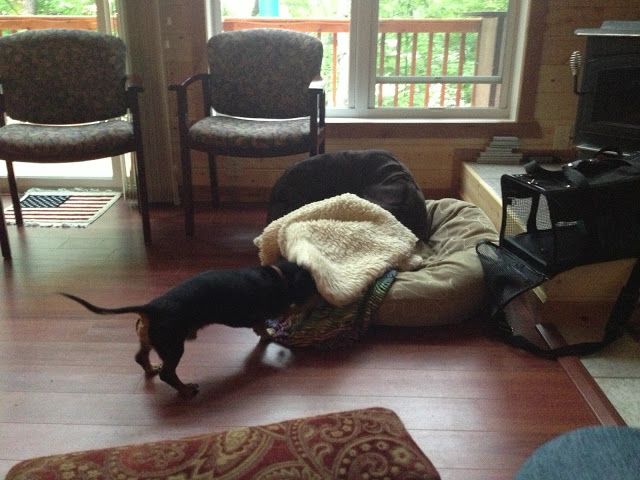 I think Wolf enjoyed the larger dog beds that my sister and her husband brought along for their two whippets. We had a gate for the deck so that we could leave the dogs out there throughout the day but when it rained we had bring their beds and water bowls inside. 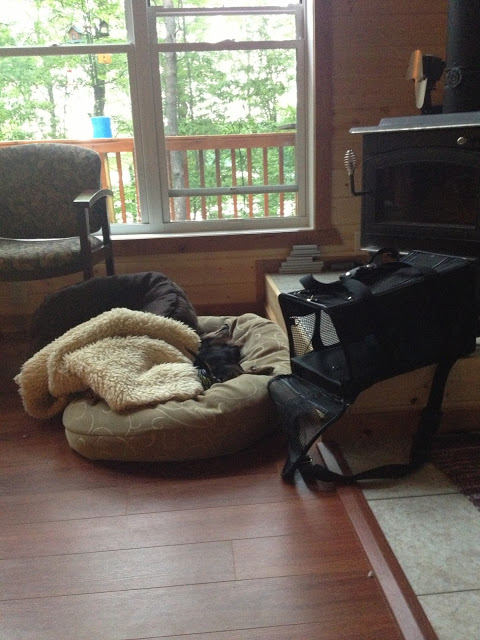 They’re great to roll around on!
2 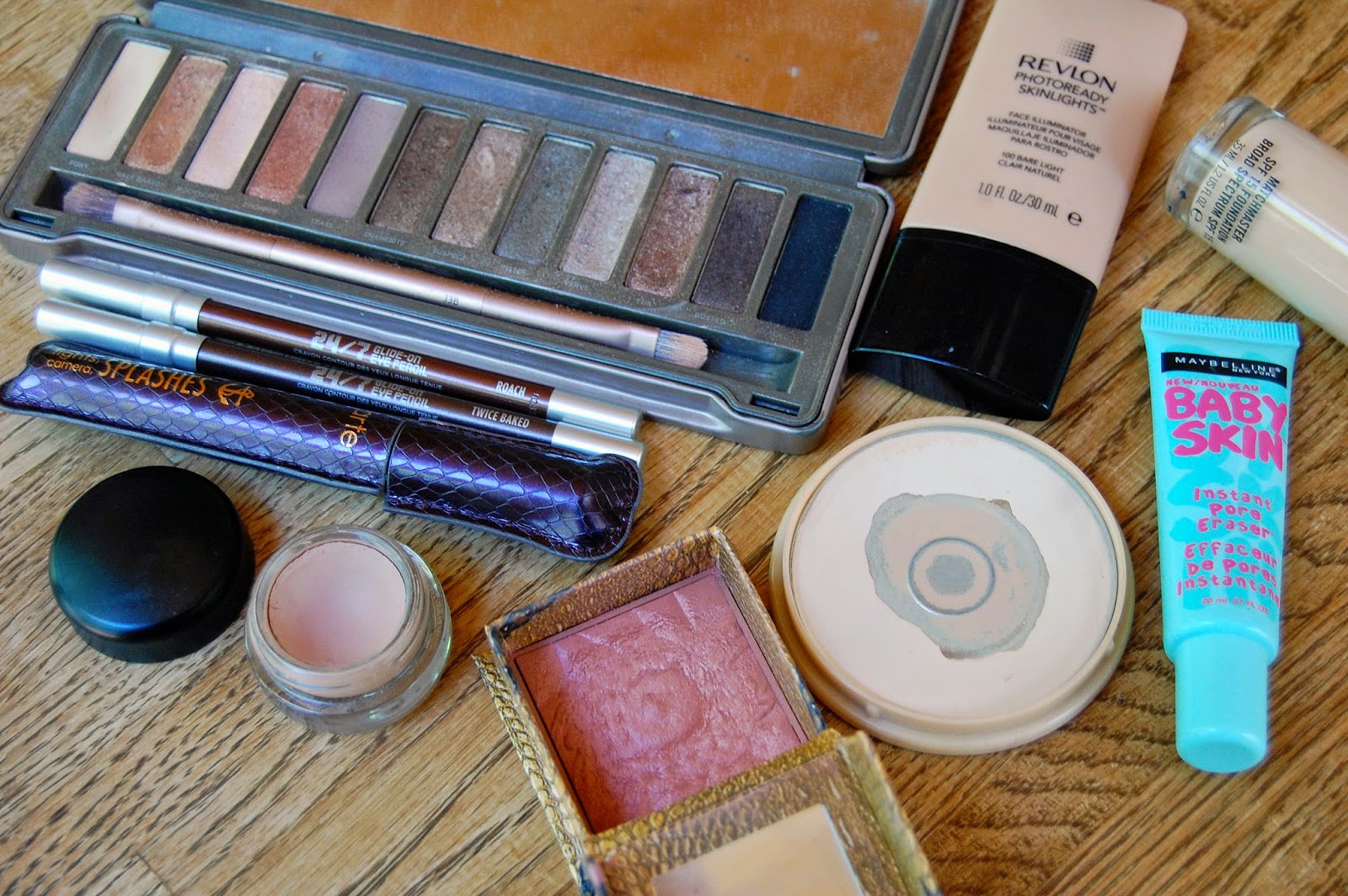 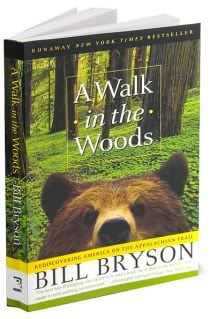 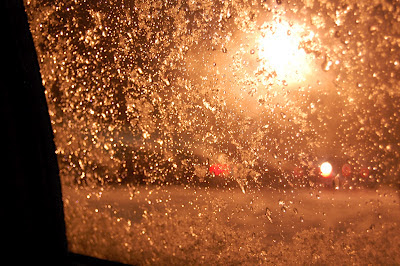