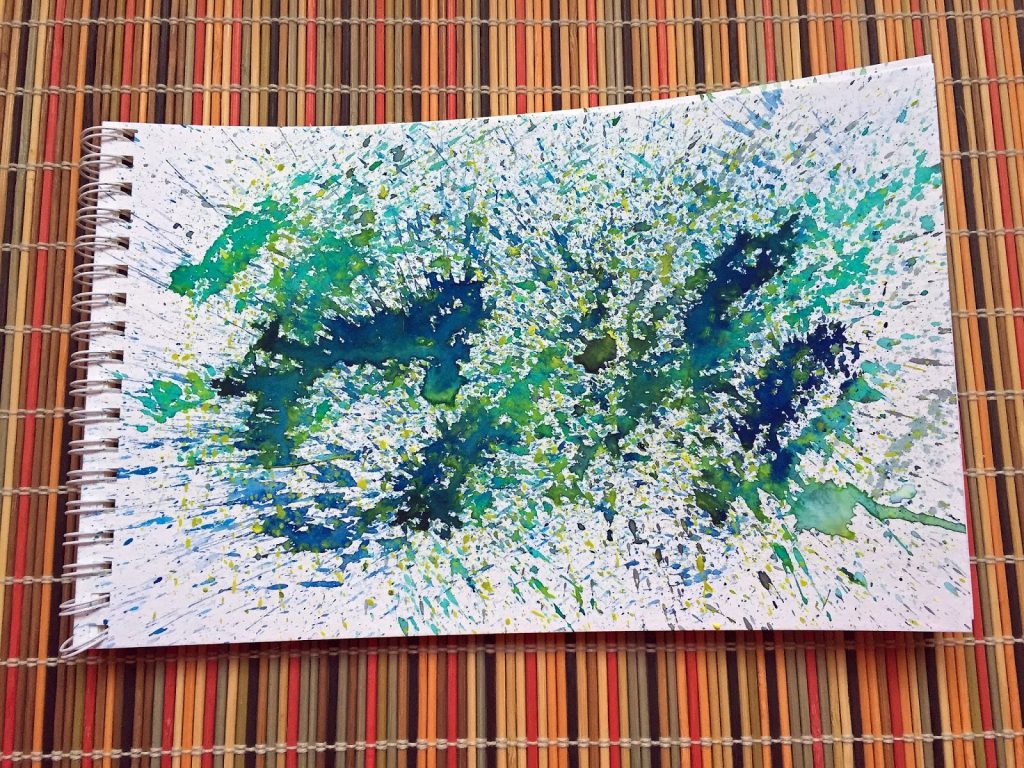 2014 was a great year. I didn’t accomplish all that I had hoped to, but I also did something that was completely unexpected by taking a new job and leaving the company that I had worked with for almost nine years. I’ve been so blessed by that move and I’m thankful that it happened. And now I’m ready to finish a few of the projects that I didn’t get to in 2014 and start working on some new ones!
I’ll be sharing my goals for 2015 next week, so keep an eye out for those. Today I want to share my word for 2015. I’ve been contemplating my word for a little over a month now and I’ve thrown around plenty of options. Most of them have been “directives” for the year, but eventually I settled on a reminder:

I don’t think I’d call myself a perfectionist, because I don’t try to be perfect in all aspects of my life. I realize that I am far, far from perfect. (Let’s be honest, who is?) But I still expect a level of perfection from myself in certain areas of my life: writing and art.

I want my first drafts of novels to be perfect, even though first drafts are never perfect. This expectation that they should be inhibits me while I try to write. My inner critic can be quite vocal as I write and it can slow down my progress. And my expectation that first drafts should be perfect can prevent me from taking risks. As I’m writing a scene I’ll think, “This is ridiculous! This won’t work and I’ll be told to take it out.” But that’s the beauty of a first draft; you can take risks and if a scene truly doesn’t work, you can find a way to make it work or take it out altogether. From past experience, some of the scenes that my inner critic screamed at became my reader’s favorite scenes. So why not try them out?


I also expect my drawings to be perfect and photographic, even though that’s not my talent as an artist (or even the kind of drawings that I’m capture my attention the most). I expect my sketchbooks to be filled with perfect sketches, even though they’re not supposed to be. I love getting glimpses of my friend Heather’s sketchbooks whenever we meet, because it reminds me that sketchbooks are there to try things out and to work on details that you need to practice, whether that’s a hand, a stingray or a mermaid tail.

In 2014 I displayed my word on the back of my bedroom door so that I saw it every day and this constant reminder kept my word on my mind at all times, so I knew I wanted to display my word for 2015 too. I plan to display my word in a frame on my nightstand so that I see it first thing in the morning and right before I go to bed. I haven’t put it in a frame yet, because I think I might have one that I can use. Time to dig through some boxes!

I can’t remember where I heard this or who was being talked about, but I heard about a writer who keeps a print of a Jackson Pollack painting by her computer to remind her that what can be seen as chaos can also be seen as art. Ever since I heard that I thought it was a brilliant idea, so I wanted to incorporate this idea of paint splatter chaos as art into my display for my word. I made the painting in the photo above, but realized when it was finished that it would be too dark to write my word over. I still plan to frame this one and keep it on my desk.

I redid the painting with lighter colors and wrote my word over the paint. I chose the French version of the word, because I think it’s prettier and because I’d like to brush up on my French throughout 2015. I have this in a frame on my nightstand so that I see it morning and night.

I will have the book club discussion post for Landline up later tonight. The past few days have been pretty busy and I haven’t had a chance to put it together yet.