Don’t Turn Off Your Anthem

One summer my musical tastes looked like this: Shania Twain and Kamelot. All I listened to was Kamelot’s The Black Halo (still one of my faves) and … one of Shania’s CDs. (Yes, that’s right. I said “CD.”) I blasted that album all summer long and whenever “Man! I Feel Like a Woman” came on I belted along. I was young, independent, and the world was at my fingertips. That song was my anthem.

I was housesitting one week and I got off work a few hours before my boyfriend was supposed to. We were going out later that night, so I went “home” to hang out with the cats and get some writing in before he came over. When I turned down the street singing along with my anthem I saw his car in the driveway, so I slowed down to get in every second that I could with that song and I thought, “Don’t turn off the car until the song is over. Who cares if he’s there?”

He was seated in a chair out front and got up when he saw me. And I still remember this so clearly:

I turned the car off.

There was a minute left in that song. I could have continued to sing along with my anthem, but when I saw him coming I turned it off.

And I instantly regretted it.

It’s a moment that has stayed with me because I learned something new: don’t ever turn off your anthem.

If your anthem builds you up…

If your anthem excites you…

If your anthem isn’t going to hurt you or anyone else physically, mentally, or emotionally…

Don’t ever turn off your anthem. 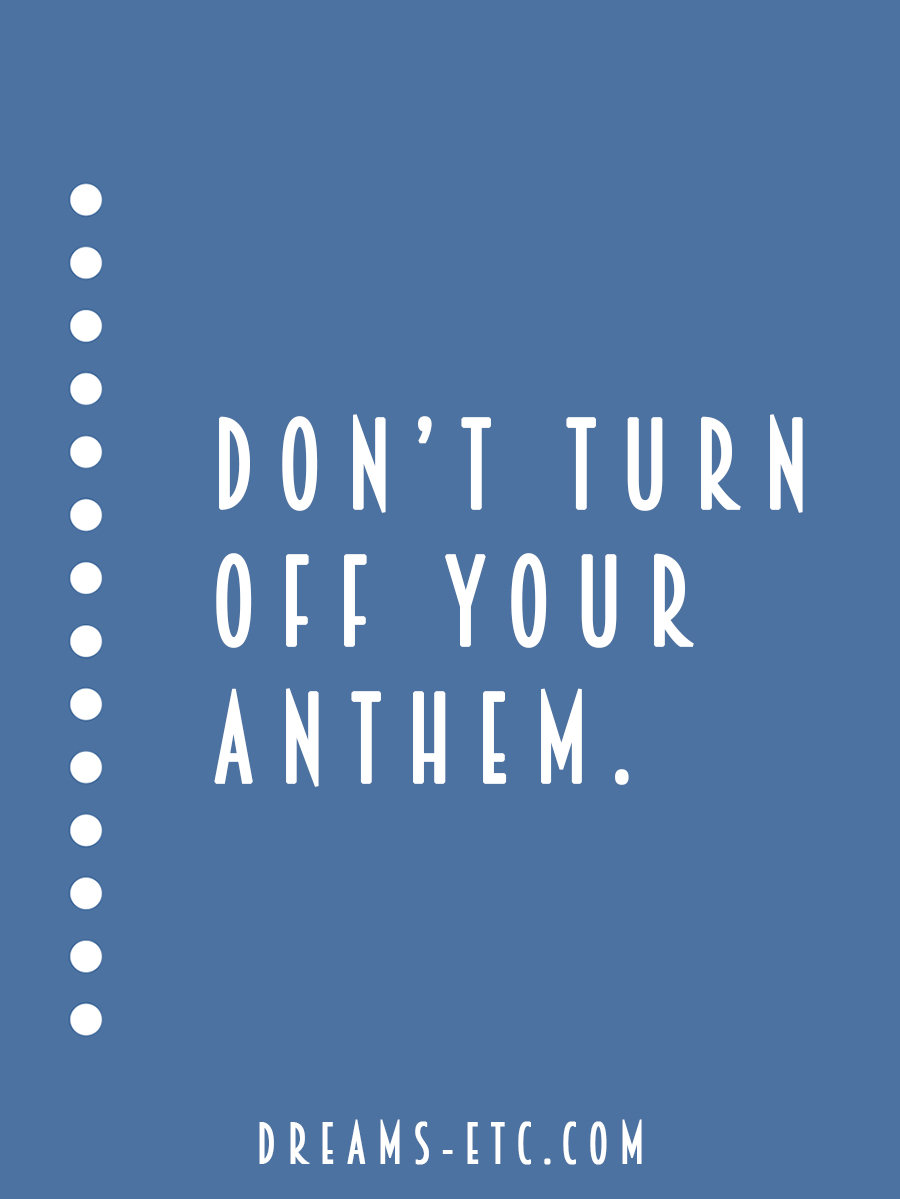 Don’t turn off your anthem unless it no longer serves you or benefits you. If you change and your anthem naturally changes along with you, it’s time to let it go.

But don’t turn off your anthem for another person.

And I want that for you. I want you to rock out to your anthem and move with confidence throughout your life as you pursue your passions and your dreams. And if you need someone who will cheer you on as you sing your anthem, come talk to me. Because I will.